Formula 1 world champion team Mercedes officially unveiled its 2017 car, the W08, in an event at Silverstone on Thursday

The car had already broken cover earlier in the morning when it completed a handful of laps under the FIA's 'filming day' allowance with Lewis Hamilton at the wheel.

"It is so exciting to see this thing come together," said Hamilton as he and new team-mate Valtteri Bottas revealed the car.

"From working in the windtunnel, then they have this jig which is into real carbon fibre, you see it all come together, do the seat fitting over the winter and in the last few days seeing it all appearing, somehow they all just slot in perfectly.

"Driving today, naturally the car feels wider, which it is, and the front tyres feel huge.

"There is quite a lot of grip already even in the cold conditions here.

"This is not a test, really the laps I did today were behind a vehicle to get filming in and just a shakedown.

"I got to go a little bit faster but it's so gusty and it is wet." 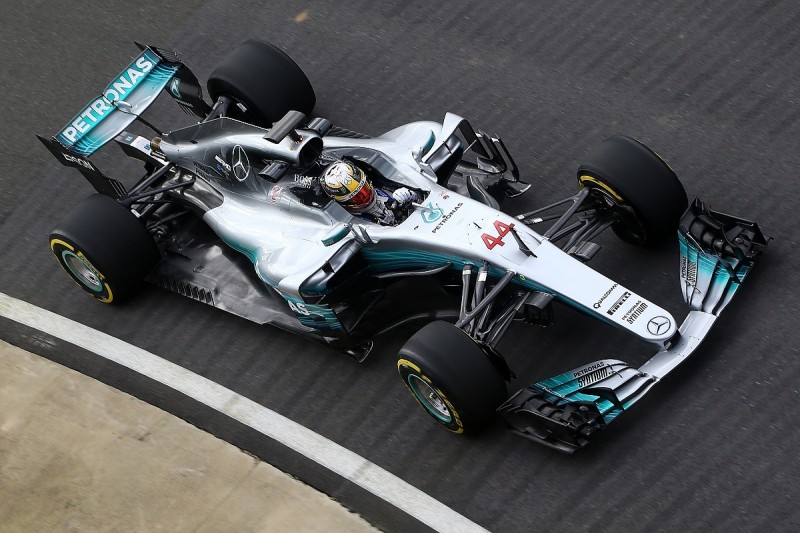 Former Williams driver Bottas had a late call to join the team that has dominated the last three F1 seasons after Nico Rosberg retired days after clinching the 2016 title.

"Driving a Silver Arrow for the first time is something very special.

"I have been waiting for this moment for quite a while and also for the test for a long time.

"I am going to drive the car in less than an hour, it feels real and I am amazed how good the car is looking.

"What I really like about this is how clean it looks, but there is a massive amount of detail on the rear end and bargeboards - development has been done - and how far everything has been taken with this car. 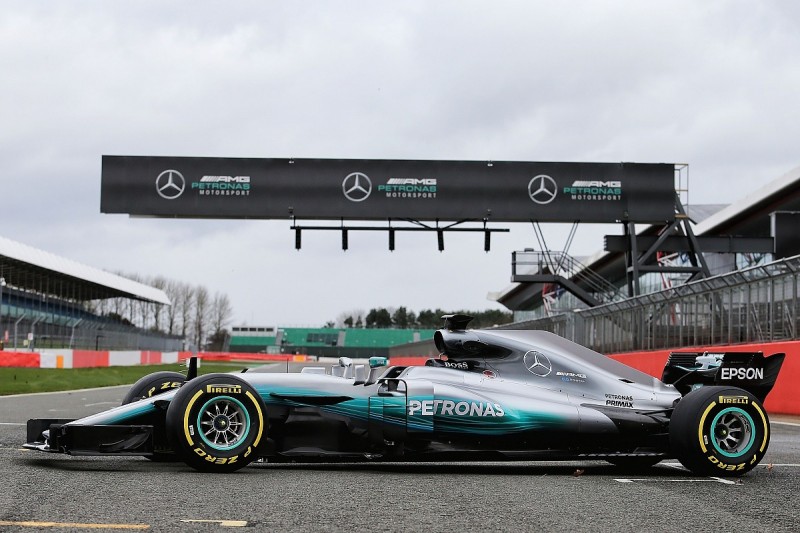