Esteban Ocon has turned down offers to race outside Formula 1 in 2019, even though it looks increasingly unlikely he will be on the grand prix grid next year

The Mercedes protege's only hopes of remaining in an F1 race seat next year are with Williams, which is trying to put together the financial package needed to sign him as team-mate to George Russell.

But even if that plan does not come off, Ocon says that he and his Mercedes management have decided against looking to race in other categories.

It is understood that Ocon was high on the list for IndyCar teams Schmidt Peterson Motorsports and Dale Coyne Racing, while Formula E would have been another good opportunity.

Speaking about the interest from other series, Ocon said: "There has been talks that I could race in many different places and I won't go in details. But we are choosing not to do that."

Ocon temporarily moved away from single-seaters to race in the DTM in 2016 while waiting for an F1 seat having won GP3 and European Formula 3 titles, before getting a chance with Manor mid-season. 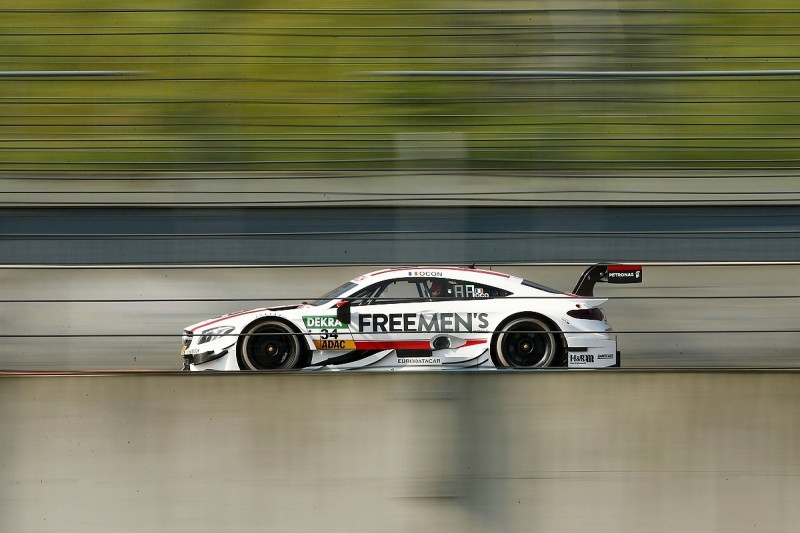 But this time he thinks he would gain more from embedding himself with the Mercedes F1 team than racing.

"If I don't race next year I will choose to stay close to Mercedes and try to learn as much as I can from them," he explained.

"Maybe do some testing here and there if possible, and work close to them. That is the only thing I can do to stay in shape, to stay around F1.

"I don't feel like I have experience to gain if I go somewhere, which I have already done before.

"To wait for an F1 seat I did DTM for example. Back in the days I learned a lot and I don't think that is the same nowadays with the experience I have got in F1. I don't plan to race somewhere else."

Ocon said there was nothing he could do to help influence Williams's decision, so it was a case of just waiting for events to unfold.

"What I know is that it is not in my hands," he said. "It is not in my management's hands either. It is for Williams to decide, basically. We will see how things evolve.

"There are at the moment two races to go, so I am trying to focus on that and after that we will see what happens."