Mercedes junior Ocon, who made his F1 debut with Manor at the Belgian Grand Prix, joins Force India as Renault-bound Nico Hulkenberg's replacement on a "multi-year" deal.

He links up with Perez, who will enter his seventh F1 season next year and fourth with Force India.

The Mexican has praised the appointment of Ocon, saying he was the team's "number one choice" after impressing the team with his test outings last year.

"I've spoken with him quite a lot, and he is very cool guy," said Ocon of his new team-mate.

"So I look forward to learning from him, and then challenging him the best I can.

"I don't think there is a team leader in the team, to be honest."

When asked if they will be equals immediately, he replied: "Yes, for sure." 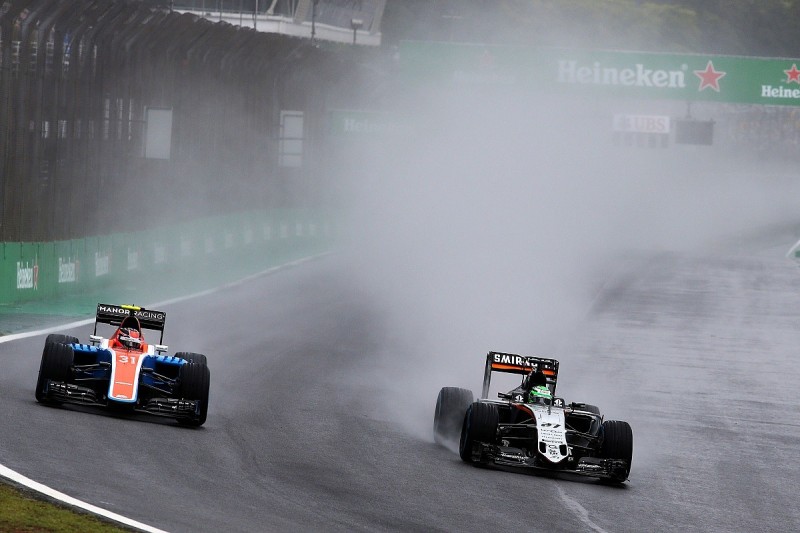 Ocon's current team-mate Pascal Wehrlein, Jolyon Palmer - who was retained by Renault - and Felipe Nasr were also in the frame for the seat.

When asked why he felt he got the nod, Ocon said: "Coming with not a lot of experience halfway through the season was very hard.

"Probably my progress was a good point, and I also tested with Force India back in 2015, and the test was great.

"I remember being P2, just behind the Mercedes, and it was a hard day - raining, drying, so I remember a great test, great memories, and the team welcomed me well back then.

"They believe in me, they think we can achieve great things together, and they want a strong driver to replace Nico, which is a tough task.

"But I will do my best to replace him the best way possible."

Ocon said it was Force India, rather than his backer and the team's engine supplier Mercedes, that made the final call over signing him.

"It's Force India that has given me the opportunity," he said.

"Mercedes manage my career, but it's Force India that wants me. Mercedes don't have power over Force India."