The Formula 1 Emilia Romagna Grand Prix is under a red flag with 30 laps remaining after a sizeable crash between Valtteri Bottas and George Russell.

Russell and Bottas collided while battling for position on the run to the first chicane, causing a significant crash that left debris strewn across the track.

Race control took the decision at first to deploy the safety car before issuing a red flag on lap 34 of the 63-lap race at Imola.

The crash was the latest in a string of incidents leading up to the red flag as drivers made the switch from intermediate to slick tyres, leaving them looking for grip in the greasy conditions.

Lewis Hamilton slid off the track while hunting down race leader Max Verstappen at Tosa, causing damage to his front wing and dropping him back to ninth place. 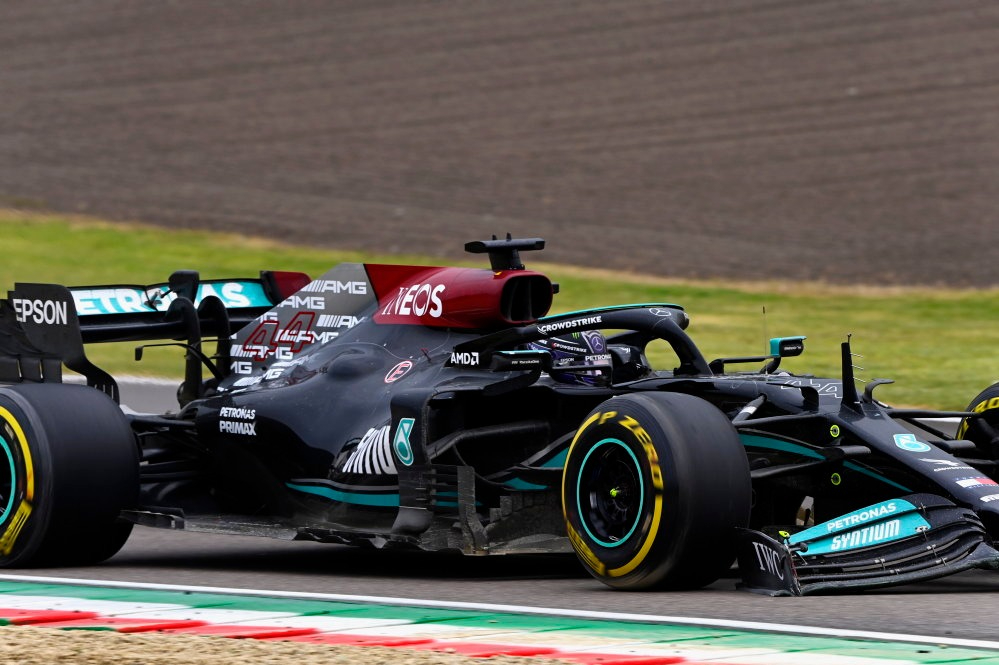 This was shortly followed by the crash between Bottas and Russell, both of whom were left fuming by the incident.

The onboard replay showed Russell gaining on Bottas down the main straight and moving to the right-hand side to try and overtake around the outside, only to touch the white line.

It caused Russell’s Williams to spear into the side of Bottas’s car, eliminating both drivers from the race on the spot. Race leader Verstappen was told upon returning to the pits that it was a “plane crash”.

Both drivers were able to walk away from the shunt despite the size of the hit, and both took to team radio to vent their anger.

Russell asked “what the f**k was he doing?”, alleging Bottas had drifted to the right and squeezed him out.

The British driver then went over to Bottas’s cockpit after getting out of the car to make his feelings known.

Bottas himself was angered by Russell’s move, showing a middle finger to Russell as he was addressed in the cockpit.

The incident is set to be investigated by the stewards after the race.