Valtteri Bottas pointed the finger at George Russell following their high-speed crash in the Formula 1 Emilia Romagna Grand Prix, saying it was “clearly his mistake”.

Bottas and Russell collided on the run to the first chicane halfway through the race on Sunday at Imola, causing both cars to be eliminated instantly.

The collision left debris strewn across the track and caused a red flag that suspended the race with 30 laps remaining.

Russell was gaining rapidly on Bottas down the main straight, and moved to the right-hand side of the track to try a move around the outside of the Mercedes.

But the Williams driver touched the white line at the side of the track, causing him to lose control and spear to the left, directly into Bottas’s Mercedes W12. 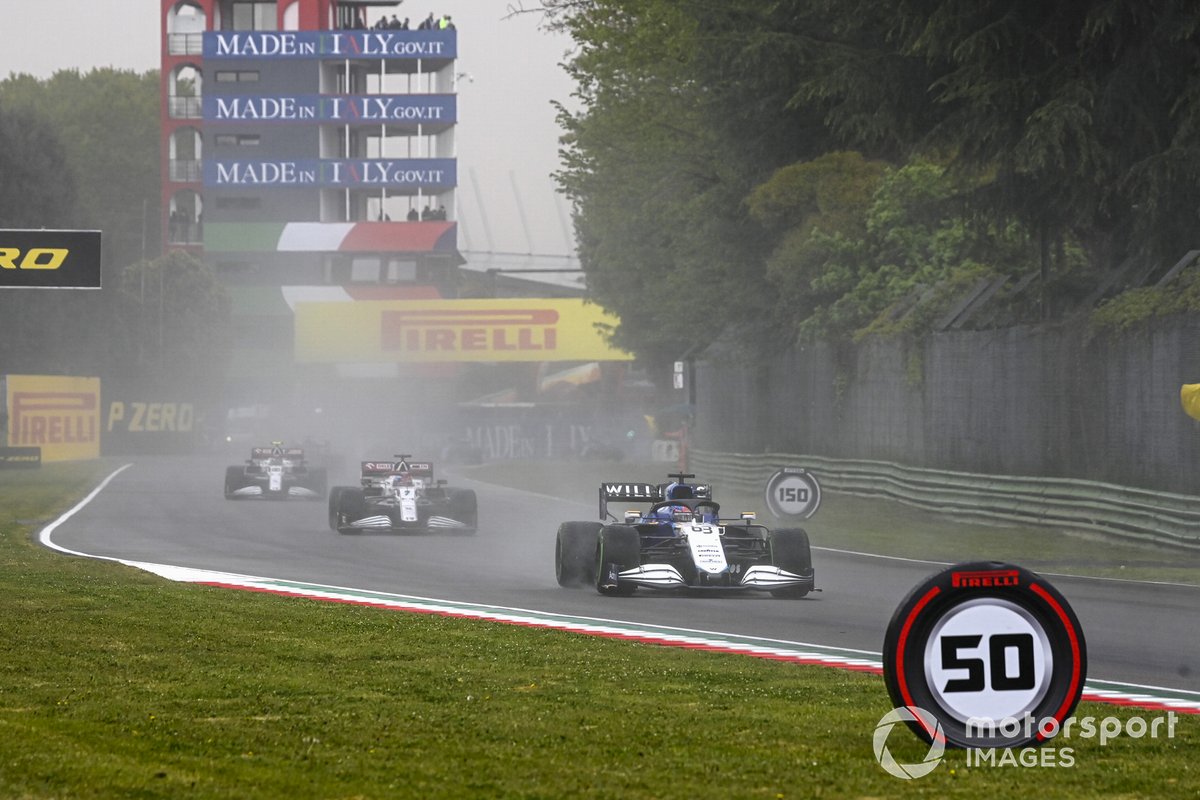 Both drivers were left fuming over team radio by the incident. Russell immediately went to the cockpit of Bottas’s car to make his feelings known, and tapped the Finn’s helmet. Bottas responded by showing his middle finger to Russell.

Speaking after the crash, Bottas made it clear that he thought Russell was to blame for the collision as he left enough room for the Williams driver.

“I could see him earlier on the straight, then I noticed that he moved to the right,” Bottas said.

“From the replays I saw, I always left space for two cars to be there, but he obviously lost it and hit me, and that was game over.”

Asked about Russell’s reaction, Bottas said: “I don’t know what he was on about, because it was clearly his mistake.

Bottas said he was yet to speak any further with Russell about the crash, but would do so with the stewards, who confirmed they would investigate the incident after the race.

Russell took to Twitter to give his version of events, saying that he was “fine, just disappointed” after running in the points before the crash.

“At the end of the day, it's an unfortunate incident,” Russell wrote.

“You’re entitled to defend your position. But at 330kph, you have to respect the speed and the conditions when doing so.

“Gutted for the team. They deserved more today.”