Lotus's desperate financial state led to the team being back in the High Court on Monday after failing to pay one month's PAYE to HMRC, with the case adjourned until next Friday.

It was the latest saga for a team that has already faced winding-up orders from other creditors, and whose cars and equipment were impounded following the Belgian Grand Prix due to a dispute with former reserve Charles Pic.

CEO Matthew Carter confirmed last week Lotus would see out the season, but despite that, speculation has continued regarding the team's fate and ability to make it on to the grid for the forthcoming races in Singapore and Japan.

"I can confirm the team is very much alive, but we have been going through a very strenuous workout programme this season!

"Things have certainly been tight and we've embraced the Japanese just-in-time philosophy a little too literally on occasions.

"All this has been necessary, but we keep fighting the good fight. We believe in the team, we believe in Formula 1 and we believe we'll still be here fighting for the rest of this season and beyond.

"Don't believe any of the negative rumours you hear." 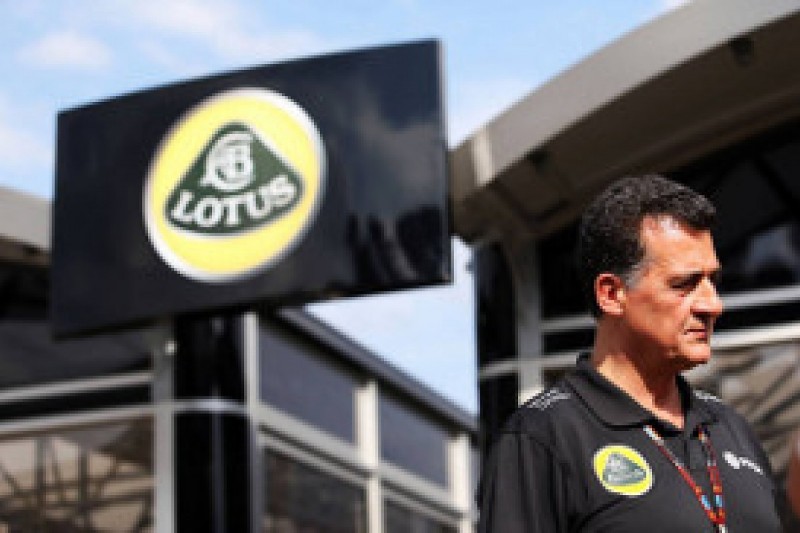 Conceding the team is running on a shoestring budget at present, Gastaldi added: "Everything is under control.

"Certainly, this is a lean-running year and you wouldn't want to attempt running much leaner.

"We're certainly a pretty long way from being flush with money - unlike some of our rival teams - but we've done what has been necessary to make the team far more efficient and viable going forward."

Despite the Lotus board last week signing off on Renault acquiring a 65% stake in the team for £65million, the French manufacturer is continuing to evaluate matters.

One of the issues on the table is its bid to acquire historic status which, under the terms of any agreement with Formula One Management, would see them handed additional revenues.

Gastaldi can only hope the issues are resolved and Renault returns to Lotus's HQ at Enstone, a building it last occupied in 2010.

"It would be fantastic for the sport and a mega-positive note for Enstone to see their return, but until any deal is signed, sealed and delivered we keep focused on our current tasks," stressed Gastaldi.

"It would be a very different project for Enstone and there's been a lot of change over the past few years since they last had a full works team entry.

"Here in Enstone we're used to adapting and making the most of situations.

"Certainly we would relish any opportunity to be a works team and welcome them back."

What are F1's cockpit safety solutions?