Formula 1 CEO Stefano Domenicali has downplayed any suggestion that the early resolution of the 2022 world championship battle will impact interest in the final races of the season.

In stark contrast to last year’s final lap thriller in Abu Dhabi, Max Verstappen clinched the 2022 world championship at Suzuka with four rounds still to run, while his Red Bull team secured the constructors’ version at the next race in the USA.

Domenicali says that there’s still plenty of interest in the remaining races of 2022, and he insists that there will be no negative impact on the F1 business.

He also confident that next year’s fight will be more competitive and will potentially go the last round once again.

"Well, actually, we don't see any kind of risk at all,” he said when asked in a call with Wall Street analysts if the lack of a title showdown would be bad for F1’s finances.

“And first of all, we have the last race with sold out tickets, and the numbers are really good. The attention will be shipped, of course, to other fights for the sporting perspective. So that's part of racing.

“And I would like to add, if I may, we are totally positive on the impact that the change in regulations brought this year. And we cannot comment on the fact that a team, but specifically in this case Red Bull, or Max Verstappen, did an incredible job. Maybe some other teams didn't take the right opportunities.

“But what we saw on the track is wheel-to-wheel racing. That's what we wanted. And I'm totally confident that next year the fight on the track will arrive up to end of the calendar. And as you'll see, the last races, on the sporting side there is a lot of attention.

“There is a fight for places that also for the team perspective is related to their financial position, and the financial reward if they achieve a position. So I think that there will be a lot of interest in Brazil and Abu Dhabi too, with no problem.” 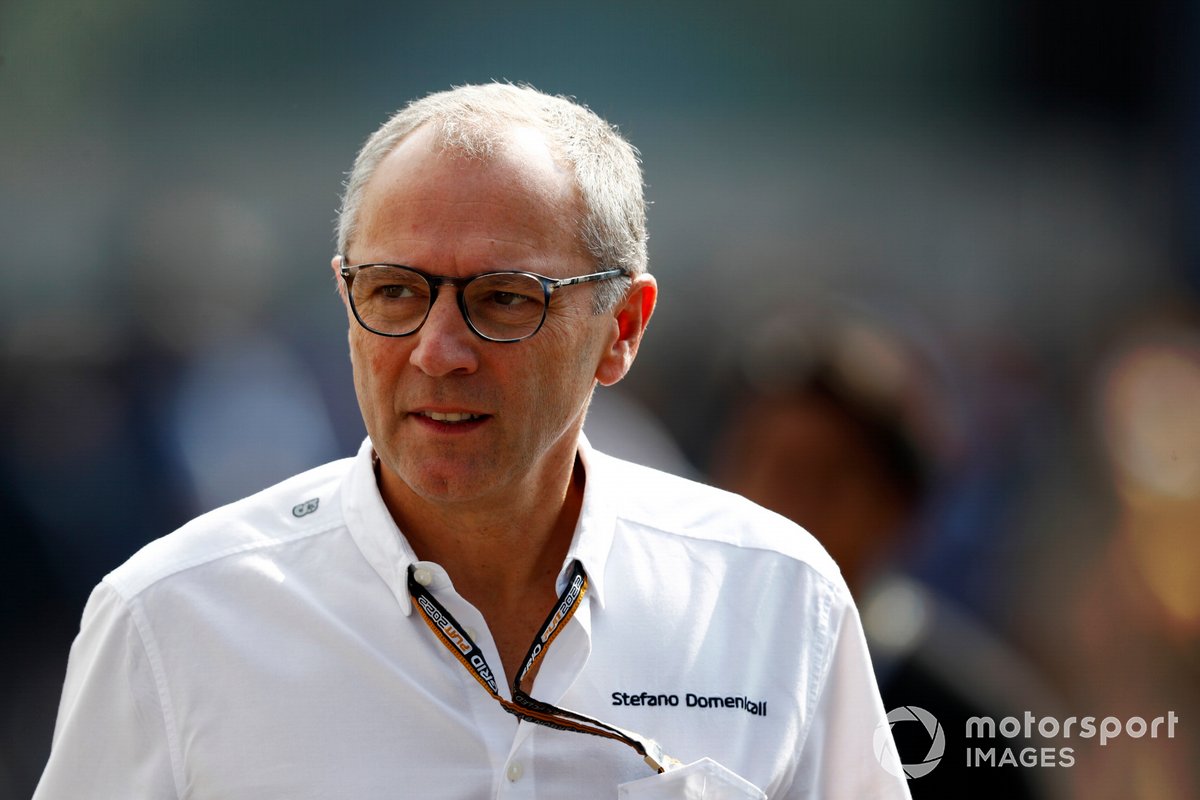 Domenicali also countered any suggestion that economic problems in Europe might impact F1 ticket sales and hence revenue in 2023.

“First of all, being a world championship we can spread around the world the risk of having this kind of situation to manage,” he said.

“On the other hand, the fact that we have long-term agreements will reduce the exposure to this risk. And what I can say and share with you is that we already see an incredible number of pre-registrations with regards to ticketing of next year.

“So this is a good sign that you're seeing mainly in Europe, where I'm living, where it is clear that this recession is taking place.

“Therefore, I would say this current situation lets us think that we should be optimistic in this context. Of course, we monitor it, but this is what we see today."