Di Resta's F1 future not in doubt, according to Force India

Di Resta crashed out of the Korean Grand Prix, which followed a late-race crash in Singapore that cost a potential sixth place and a first-lap retirement after hitting the rear of Romain Grosjean's Lotus at Monza.

Force India has yet to confirm either of its drivers for 2014 and with Nico Hulkenberg and Kevin Magnussen linked to the team, there has been speculation over the future of di Resta even though he is understood to have a contract for next year.

"You have got to take it across the whole season," Fernley told AUTOSPORT.

"You can't take individual results as the way forward."

Fernley believes that how di Resta reacts to his recent bad run will be crucial for the future.

The Silverstone-based squad has struggled since the Pirelli tyres were changed in July and di Resta has not scored a point since the British GP at the end of June.

"I don't think it's a concern at this point as these things can happen," said Fernley.

"If we didn't have the faith in Paul he wouldn't be in the car in the first place.

"He has just got to clear his head, get his head down and continue to drive and deliver."

Di Resta has accepted responsibility for the mistake in Korea and has vowed to work to cut out the errors.

He suspects that having to push too hard in a car that is increasingly uncompetitive is at the heart of the problem, a claim supported by team-mate Adrian Sutil's race also being ruined by a driver error.

"I'm pushing damned hard as the car is so edgy to be in the running," di Resta told AUTOSPORT.

"We moved very early in the year towards next year's car and that decision was right but it has caught me out.

"I can only hold my hands up and say it was me driving the thing and I lost it, a costly error.

"It's unlike me to do things like that but I want to work to resolve it."

Using the last three races as a data set, you can make a compelling case for axing Paul di Resta for 2014. Use his best three, and you'd sign him up without a second thought. 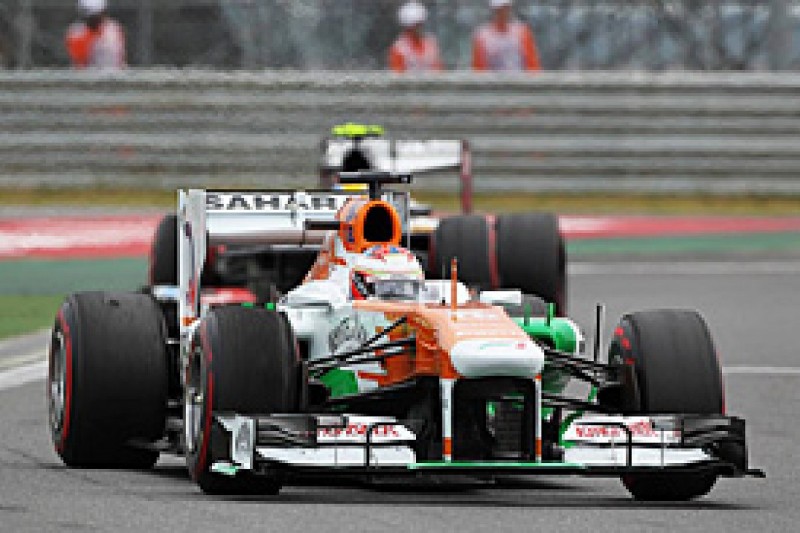 That's why Bob Fernley points out such decisions are taken on the balance of the season not simply the few races that are the most fresh in the mind.

Di Resta's run of seven points finishes in nine races, the highlight being a fourth-place and near podium finish in Bahrain, do mean he is still in credit. He has had a decent season and Force India would be content to go into 2014 with di Resta and Adrian Sutil together.

The difficulty comes if Force India has to choose between the two, say if it manages to lure Nico Hulkenberg back.

While di Resta has the advantage in terms of points, 36 to 26, that does not automatically mean he has done a 38 per cent better job than Sutil.

Judged over the 14 races so far, the performance of the two drivers has been similar. In qualifying, they have each outqualified the other seven times. In terms of results, di Resta's high-point of fourth and Sutil's of fifth are similar.

Even in Australia, where Sutil surprised on his F1 comeback by leading the race, their race drives were close to identical, it's just that Sutil was on an unorthodox strategy. Likewise, in Bahrain, Sutil would likely have been close to di Resta at the finish but for a first-lap clash with Felipe Massa.

Both have had a few mishaps, but are generally safe pairs of hands. In terms of luck, Sutil has probably had the lion's share in races, particularly in the early stages of the season when the car was at its most competitive, while di Resta can legitimately argue that several of the Q1 exits that have compromised his races were down to external factors.

With the car increasingly uncompetitive, what matters now is how they finish the season. Sutil has probably been stronger when the car is less good, while di Resta led the way when it was at its best.

So returning to Fernley, in di Resta's case is it more a case of how he reacts to his run of bad results now? "Yes, more than anything else," says Fernley.