Pirelli has welcomed Ferrari's claim that teams need to do more to help develop Formula 1 tyres, but the firm believes it may still need to force through changes

Critical comments from Fernando Alonso and Mark Webber over the Korean Grand Prix weekend about the state of the tyres in F1 thrust the debate about the current era of racing back in to the spotlight.

But such comments are nothing new, and Pirelli's frustrations about ongoing obstacles were strengthened ahead of the Korean GP when the FIA blocked a planned 2014 tyre test with McLaren in Austin.

"Whilst I appreciate nobody wants to think that they are going to get an advantage on testing, you can't keep going around in circles and then decide to do nothing," said Hembery.

"Something has to change."

When asked by AUTOSPORT if he was worried that, despite Ferrari's comments, there was a danger teams would continue to block testing efforts for fear of giving rivals an edge, Hembery said: "That is always a risk.

"So we are already looking forward to maybe the way the sport might be structured to get this thing resolved in a sensible fashion that works.

"One thing is it isn't going to work for everybody. That is clear.

"But we have to do something that works for the sport of F1."

One potential avenue that could allow Pirelli to overcome team resistance may be through using the new F1 Strategy Group, that is made up of representatives of the FIA and FOM as well as the teams.

"When that [structure] comes out a bit clearer, that might be a way to find a solution," explained Hembery. 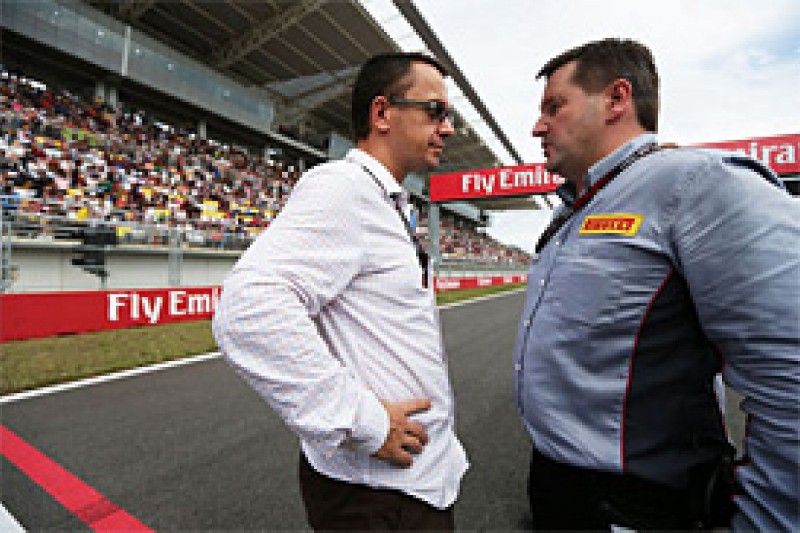 Ahead of the dramatic change to the 2014 engine regulations, Hembery says Pirelli has genuine concerns that it could be caught on the hop if car performance is dramatically different from predictions at the first proper warm weather Bahrain test.

"As long as the data we get from the teams is correct and valid, then we can do a lot of work on structure which is important for safety and integrity," he said.

"Where we are in difficulty is in the compound area, because we have four compounds to cover 20-plus races on a car that is dramatically different.

"We don't want to be in a position where we arrive in Bahrain for the first time and don't have a number of options up our sleeves."

Pirelli is still eager for a post-season test in Brazil with one or two teams, and has even suggested that it would help if it could conduct a test in Bahrain in January.

Di Resta's F1 future not in doubt, according to Force India