Daniil Kvyat feared he would lose his F1 drive for 2017

Kvyat, whose deal to remain with the team in 2017 was confirmed on Saturday at the US Grand Prix, was relegated from Red Bull to Toro Rosso after four races of this year, and struggled in the middle of the season.

But he credits a return to form in the run of races since the summer break, which started with the Belgian Grand Prix at the end of August, for saving his place at the team.

"I had a bit of a drop down in my own performance in the middle of the year, for various reasons," said Kvyat.

"At that point, it looked like I wouldn't be in [Toro Rosso], if I can say it like that.

"But then I managed to get everything together after the summer break and it was a very important few races.

"In Red Bull, you have to have trust from them, you can be sure it's only because you are a very good driver." 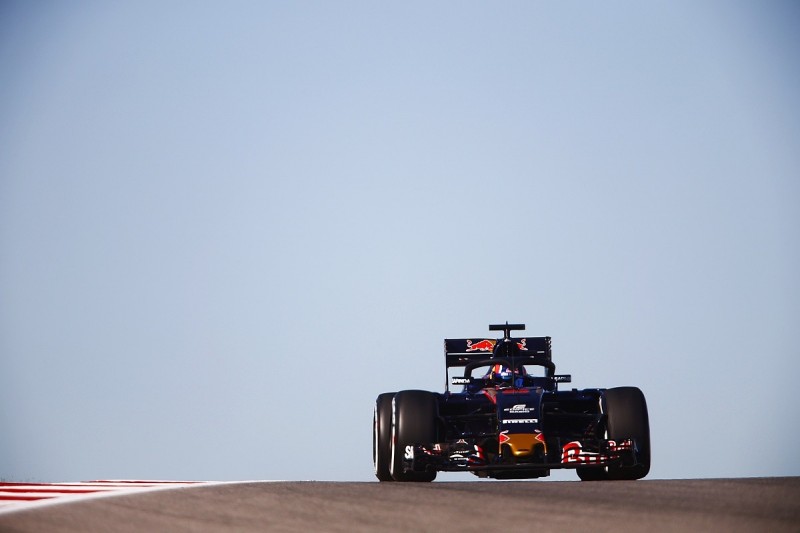 In the five races since the break, Kvyat's only points finish was ninth in Singapore because Toro Rosso has increasingly struggled thanks to its 2015-specification Ferrari engine falling further behind its rivals.

But he has shown well compared to team-mate Carlos Sainz Jr, whose place at the team for 2017 was confirmed in late June and has been performing strongly this season.

"There were more [good performances] straight after the summer break where it was impossible to notice because at Spa and Monza, we were nowhere," said Kvyat when asked if the Singapore GP was the turning point.

"In Singapore, everything came together and it all felt good again; my whole motivation, my whole spark came back and I felt very comfortable again in what I was doing.

"I really started to enjoy it and I said that no matter what, I wanted to be here next year because in 2017 there is a big rule change and you never know what is going to happen."

Kvyat sees next season as a chance for a career restart heading into his fourth season in F1 after the troubles of this year, which included twice clashing with Sebastian Vettel in the Russian GP prior to being replaced at Red Bull by Max Verstappen.

"It does [feel like a restart] because this year has been incredibly long and quite rocky," he said.

"It's good to settle down and get this chance. I'm going to do my absolute best to use this chance as well as possible."