The Australian's negotiations with the team have dragged on for months, but with Lewis Hamilton and Valtteri Bottas now confirmed at Mercedes for 2019 his one serious alternative has gone.

Christian Horner said at Hockenheim that he hopes to have the situation resolved soon, and Ricciardo agrees with his boss.

"It's getting more realistic, I'd say," he said. "The picture with everyone else is starting to be pretty clear, so I'll focus on [this race] and then I guess probably early next week I'll try and get everything done."

Asked if it was his choice to trigger the signing of a contract he said: "The majority, I would say... The majority."

With Mercedes now full, the Ricciardo deal is an important one for the driver market. 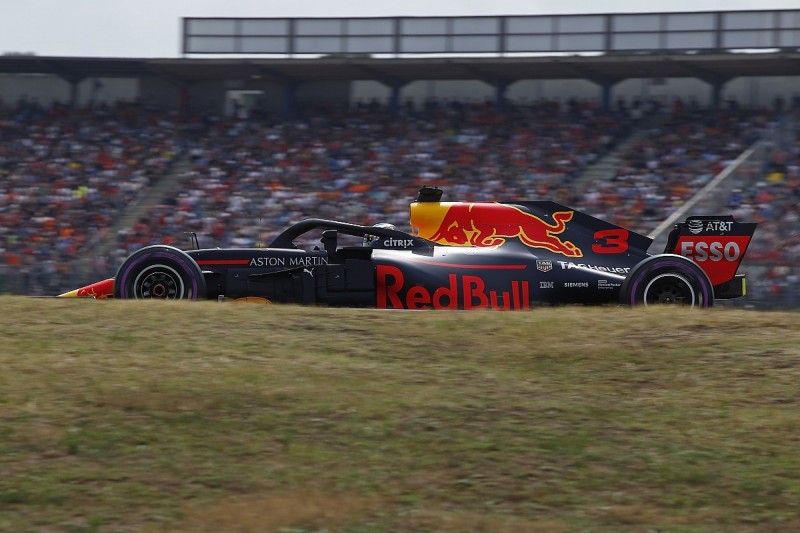 Renault driver Carlos Sainz Jr is committed to Red Bull until September 30, but as soon as Ricciardo signs he could become a free agent if he is not placed back at Toro Rosso.

That has led to suggestions that Red Bull is in no hurry to make a Ricciardo announcement, because it has nothing to gain by setting that process in motion and in effect helping rivals such as Renault to sort out their line-ups.

Ricciardo implied that as long as he knows his deal had been agreed and is ready to be signed, he will be satisfied.

"I'd love to go on break with everything signed and done, but even if I don't sign it next week for example, as long as I know during the break that I know what I want to do, then I'm happy enough," he said.

Asked if the potential availability of a seat at Mercedes in 2020 had any impact on the length of his deal, with Valtteri Bottas confirmed only for next year, Ricciardo was non-committal.

He added: "Maybe. But really not looking at Bottas, just in general, there's obviously going to be some changes, I guess within the team as well, so... We'll see.

"I honestly haven't agreed to anything yet. I won't say any more, I'll shut up!"