Fernando Alonso believes struggling team-mate Stoffel Vandoorne is closer to his level than some of his previous Formula 1 team-mates, including 2007 world champion Kimi Raikkonen

Vandoorne was the slowest qualifier at Hockenheim for this weekend's German Grand Prix, following up a forgettable race last time out at Silverstone.

While McLaren believes the data shows Vandoorne's car is suffering from a loss of performance compared to Alonso's, it is yet to find the specific cause of the problems.

Alonso joked that Vandoorne will "always be a little bit behind" because "it's difficult to beat me!", but he believes his team-mate will get back on terms with him when the car problems are solved.

"If you see previous team-mates, they were a lot further [behind] than Stoffel," Alonso said.

"In 2014 it was six or seven tenths to Kimi every race. It's less than that now. 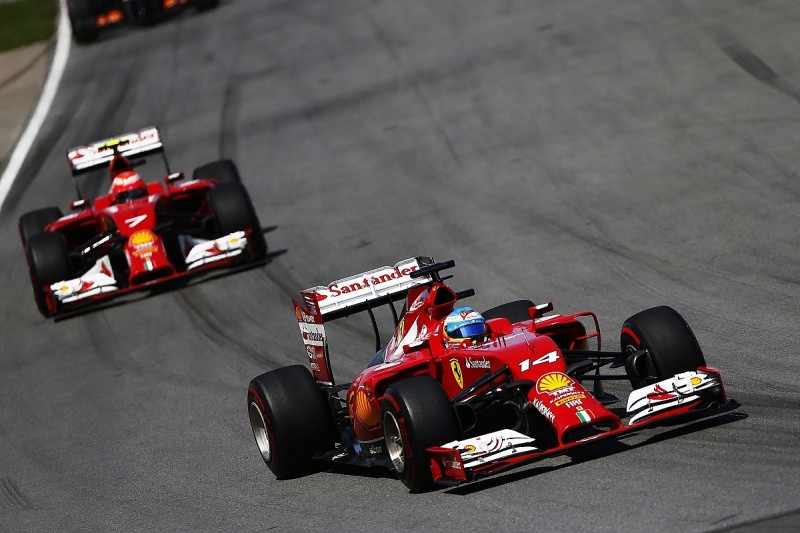 "He arrived [in F1] in a difficult car with some difficulties last year and this year as well.

"But he's OK, and he will be very close in performance as soon as the car is delivering normal performance.

"[There's] nothing really to say to him. And for his reputation, you just need to wait and see, or see the results before Silverstone, or last year, in terms of qualifying."

Vandoorne's average qualifying deficit to Alonso this year is 0.3 seconds, although over the last two weekends it is 0.8s.

Alonso outqualified Raikkonen 16 times out of 19 in 2014 when they were paired at Ferrari, with the average gap between them half a second.

When asked about the damage the situation is doing to the Belgian's reputation, Alonso added: "I don't think [his reputation] is going down.

"We just heard, and in Silverstone it was the same case, that the car is underperforming.

"We, as a team, are trying to find the problem, and to have both cars in the same condition with the same performance.

"He has shown the talent already, there's no need to prove anything." 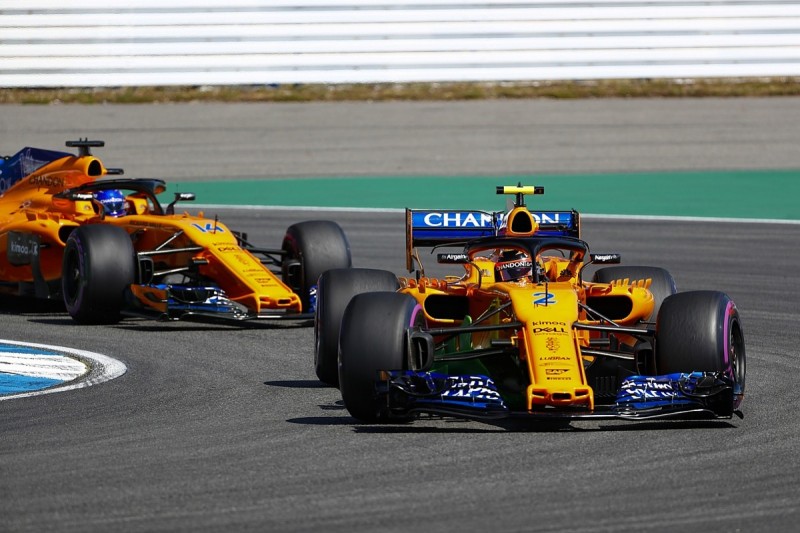 Vandoorne's problems have prompted suggestions McLaren needs to give him a new chassis, but he believes the team needs more time to find the cause of his struggles.

"The team is more than capable of finding what is going on," he said.

"We need to give them a little bit of time now to dig deeper into the data.

"We see some differences across the cars on the data, we've put a lot of effort already into solving what's going on.

"I wish I could give an answer. We've changed a lot of parts on the car, we've done nearly everything and we've come out with the same kind of problems.

"Since Silverstone we've been almost last in every session by quite a big margin.

"I don't think we've touched the point [on the car] yet where things are not working, so that's the main priority now.

"It's just a lack of general grip, less downforce, a very tricky car to drive."