Following the announcement of the opening eight races on the first part of the revised 2020 calendar, F1 is pushing to finalise the second half of the season over the next few weeks.

The uncertainty surrounding the COVID-19 pandemic has complicated F1's reshaped calendar plans, with the sport's organisers considering a contingency with more double-header races, while also racing at circuits not on the original 2020 F1 calendar including Hockenheim and the Algarve circuit.

The Chinese Grand Prix was originally postponed in February when the coronavirus crisis hit the country.

Speaking to Shanghai People's Radio this morning, Mr Xu confirmed the city is working on bringing back international events, including the Chinese GP and the ATP Masters 1000 Shanghai tennis tournament.

"International sport organisations care a lot about these world-class sport events in China and Shanghai," said the head of the Shanghai Sports Bureau.

"Despite a lot of changes of our events due to the pandemic, we have received support from international sport organisations and national associations for some of our events. We would be allowed to hold the events in Shanghai at a suitable time in the second half of the year, depending on the situation of the pandemic." 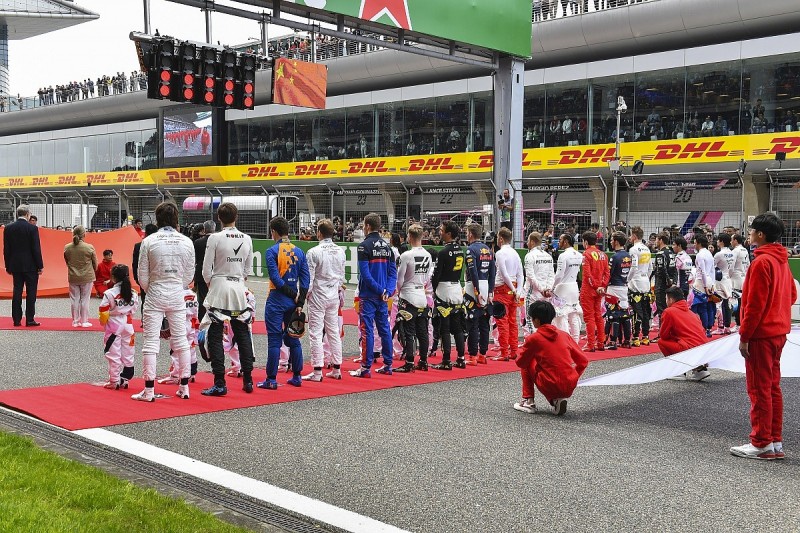 Asked about the possibility of Shanghai double-header, Mr Xu said: "No decision has been made yet. It's proposed by FOM.

"F1 has announced they will resume the opening eight European races, without any rounds in Asia. The event originally scheduled has been postponed to the second half of the year.

"FOM asked whether we could host two races in Shanghai in the discussion. It's not been decided. It will depend on the situation of pandemic."

Last week, F1 cancelled the Singapore and Japanese GPs, plus the Azerbaijan GP, which has left only the Chinese and new Vietnamese rounds as options to race in East Asia in 2020.

F1 first raced in Shanghai in 2004, with the Chinese GP remaining an ever-present fixture on the calendar.

Last year's race in China marked the F1's 1000th race, while Chinese Formula 2 driver Guanyu Zhou took part in demonstration runs in an F1 car as part of the celebrations.