Last year's race in Shanghai was the first to be scrapped following the outbreak of the COVID-19 pandemic, with a further 12 races eventually being cancelled through the 2020 season.

F1 unveiled a more usual calendar for 2021 in November, listing 23 races, but is already set to postpone the planned season-opener in Australia due to the ongoing pandemic and global restrictions in place.

Doubts had begun to emerge over the viability of the planned race in China on 11 April, but the promoter of the race has now confirmed it is seeking a postponement until later in the year.

"We have been in contact [with F1] via conference call almost every week", Yibin Yang, the general manager of race promoter Juss Event, told local media including Autosport on Saturday.

"Despite the calendar being in place as usual, I think it's hugely uncertain the F1 race would take place in the first half of the year, in April.

The postponement of the race would open up a second free slot in April, along with the 25 April date originally intended for the now-abandoned Vietnam race.

It is understood that Portimao and Imola - host circuits on the revised 2020 schedule - are set to fill these gaps, having both been in contention to replace Vietnam and begin the European season.

Autosport understands the current plan is for Portimao to host the Portuguese Grand Prix on 11 April, replacing China, while Imola will stage a race on 25 April in place of Vietnam.

A rescheduling of the Chinese Grand Prix would only add to the challenge F1 faces in the second half of the year, with Australia also set to seek a revised date slot. 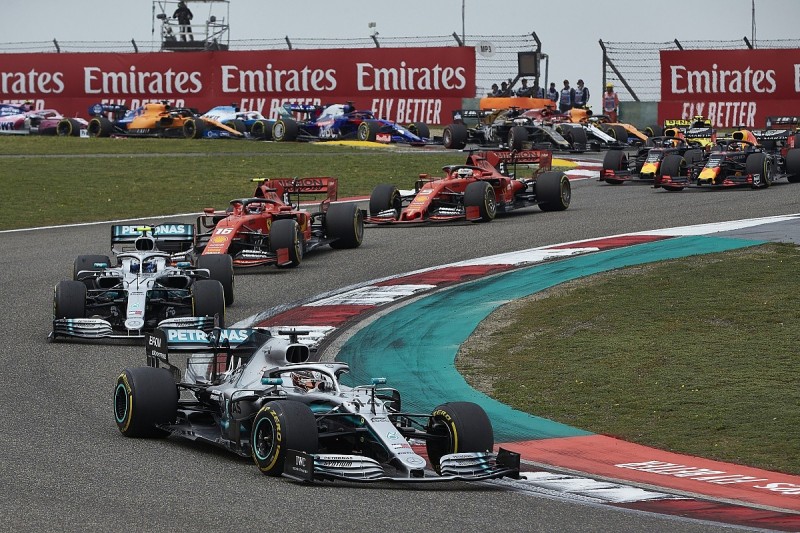 There are currently just four free weekends between the end of the summer break and the Abu Dhabi season finale on 5 December, meaning to fit both Australia and China back in would require a number of changes, pending other possible impacts of the pandemic on the schedule. The calendar would also not exceed the planned 23 races.

"Formula 1 has set out a 23 race calendar for 2021 and we fully expect to deliver that plan," said an F1 spokesman when contacted by Autosport for comment.

"We proved in 2020 that we could return to racing safely and have the plans and procedures in place to do so again and look forward to starting our season in March."

China has not hosted any international sporting events since the outbreak of COVID-19, and has already cancelled both the planned Sanya Formula E race and some test events for the 2022 Winter Olympics that were scheduled for early this year.

Yang said that Juss Events - which also manages Renault F1 youngster Guanyu Zhou, and has involvement in other sports such as tennis and snooker - would have a challenge fitting all of its rescheduled events into the second half of the year.

"To move it to the second half of the year, it depends on the plan of the city government," Yang said.

"If we put all international events to the second half of the year, it will be over the capacity for the city. To host any event successively requires the mass public recourses, such as police and health departments.

"If we have to host all major events in the second half of the year, it will face a lack of public recourses, as well as the conflicts in terms of marketing between each other."

Following the outbreak of COVID-19 in China, the nation has kept cases comparatively low to many other nations, reporting a total of 87,364 cases and 4,634 deaths.

But it remains vigilant in implementing restrictions to prevent the spread of the virus, with two recent lockdowns taking place in cities near Beijing following spikes in case numbers. China is also currently enforcing a 14-day quarantine for all international arrivals.