Ferrari swooped for Sainz to replace outgoing four-time world champion Sebastian Vettel prior to the start of last season, announcing the signing of the Spaniard for 2021 in May.

It led to suggestions that Sainz might come to regret his move to Ferrari, given the team's step backwards and difficulty in competing with McLaren through 2020.

Sainz acknowledged the constant suggestions he might regret the move had become frustrating, and that they were based on assumptions that were being made too early.

"Certainly it was a bit annoying, because everyone was kind of implying that Ferrari was going to also be as bad in 2021, and you never know in Formula 1," Sainz told Autosport.

"[Ferrari] of course took a step backwards in 2020, and they were the first ones to admit it, and to be very self-critical. But people were just convinced that 2021 was also going to be a struggle.

"I think that with having a two-year deal with Ferrari and 2022 being a huge change in regulation, 2021 is a lot less important than what people are thinking.

"Even if Ferrari turns its form around and 2021 is great, you never know. People were already implying that 2020 was terrible and going into 2021 is going to be as terrible.

"[It was] annoying at the time, but I kept my head cool. I never said something or anything that I regret. I guess [I'm] happy for that." 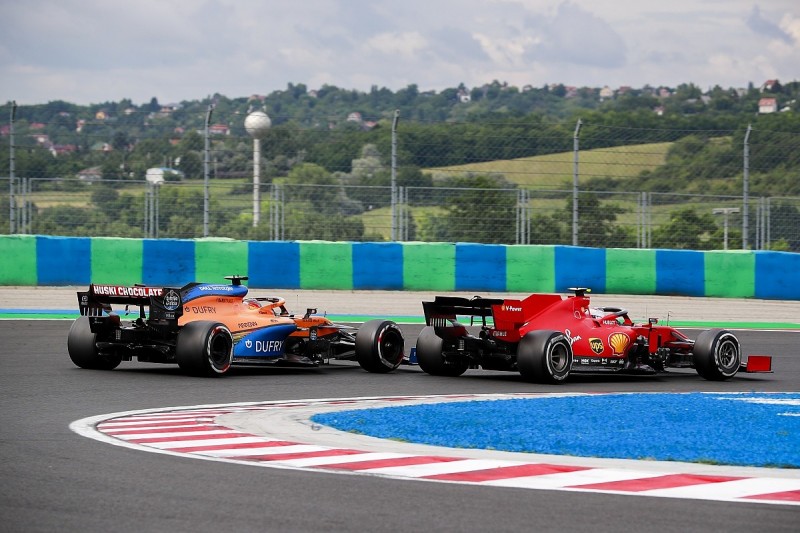 Despite its struggles, Ferrari ended the year with three podiums - one more than McLaren - and enjoyed a solid run of form across the final European races of the season.

Sainz said the upswing in form from Ferrari acted as a decent confidence boost ahead of his move across for 2021.

"[It looks] good, without having had been able to drive the car, and knowing what they've actually changed or anything like that," Sainz said.

"It just looks a bit better for them, and I'm happy to see that they're moving forward.

"I've always said that if there's a team that is able to turn things around quickly in Formula 1, for me that is Ferrari.

"Of course Mercedes [can], but Ferrari more than anyone due to its history and the people and the resources they have. I'm happy to see that starting to happen."

Ferrari team boss Mattia Binotto has already said a top-three finish in next year's constructors' championship is the "minimum objective", but acknowledged it would be a challenge given the limitations of the token system in updating the car.