After crashing in qualifying, Leclerc charged up from an initial 10th place on a fresh set of mediums in the opening stages, snatching fourth from Max Verstappen on the ninth lap and assuming the lead once the three cars ahead pitted.

His pace advantage didn't hold up and, once he traded his mediums for a new set of softs with 16 laps to go, he emerged from the pits almost half a minute down on the race-leading Mercedes of Valtteri Bottas.

Despite running on a softer and fresher tyre than the cars in front, Leclerc made no inroads into the gap and instead dropped back - eventually pitting again for another set of tyres and making sure of the fastest lap point on the penultimate lap by over a second.

"I think a lot of people thought we were struggling," said Leclerc when asked about his perceived poor pace on softs.

"I don't think we were, because I just didn't push to try and close the gap, because I asked on the radio pretty early in this run whether there was any possibility to come back to the guys in front, and the answer was no, because the gap was too big.

"So then from that moment onwards it was just about trying to keep the tyres and try to push for the fastest lap when I had the opportunity to do so.

"So, yeah, don't look at the pace from when we put the softs, it's not our real pace, we were just trying to do the best lap."

Leclerc said his early-race charge and overtake on Verstappen did not fool him into believing that a much better result was suddenly on the cards. 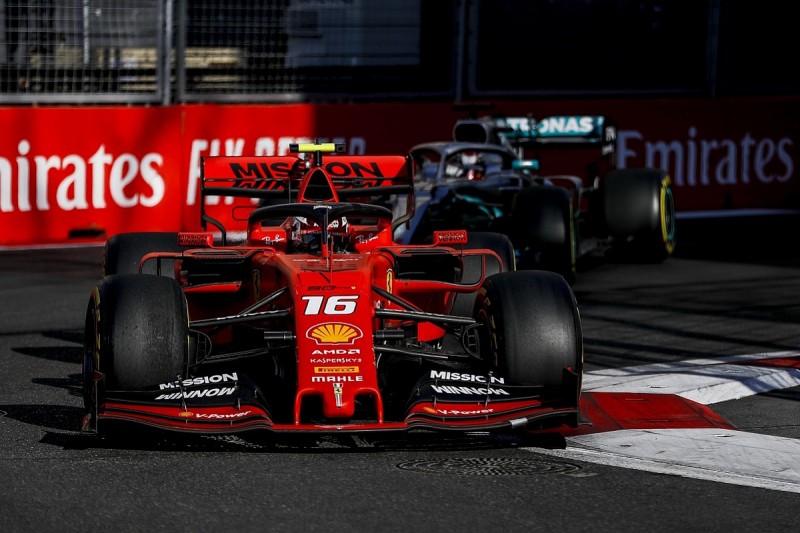 "Obviously in the car you're always optimistic, otherwise you lose hope and it's not good. You always hope for something better," he said.

"But also realistically we were on a different strategy, it was not meaning anything at that stage of the race.

"I knew the race would be very long and I just focused on myself, to be as quick possible on this medium run."

He began to struggle on his mediums towards the end of his stint, having slipped behind Bottas, Lewis Hamilton and Ferrari team-mate Sebastian Vettel.

When Leclerc eventually pitted, he emerged behind tPierre Gasly and lost time passing the Red Bull.

Asked about the timing of Leclerc's pistop, team principal Mattia Binotto said: "Something we already discussed together in our post-race debrief, was certainly maybe yes, it could've been a different gamble, maybe stopping earlier on that tyre or trying really to last very long on the medium.

"But you may always discuss different solutions at the end of the race looking back.

"I think overall what we did was nothing wrong."

Hulkenberg and Renault had "no weapons" to fight in Azerbaijan GP