Leclerc is a Ferrari Driver Academy graduate and will become the first product of the programme to drive for the team in F1.

The 20-year-old will also be the second-youngest driver in history to race for Ferrari, older only than Ricardo Rodriguez.

Leclerc took to Twitter after the announcement to declare that "dreams do come true" and his messages included a heartfelt tribute to his late father Herve and friend Jules Bianchi.

"Eternally grateful to Scuderia Ferrari for the opportunity given," Leclerc wrote.

"To Nicolas Todt for supporting me since 2011. To my family.

"To a person that is not part of this world anymore but to whom I owe everything of what is happening to me, Papa.

"To Jules, thank you for all the things you learnt me [sic], we will never forget you.

"And to all the persons that supported me and believed in me.

"I will work harder than ever to not disappoint you.

"But first, there is a season to finish with an amazing team that gave me the opportunity to fight and show my potential."

Leclerc won back-to-back titles in GP3 and Formula 2 to earn his F1 graduation with Sauber this season, and a stunning start to his grand prix racing career convinced Ferrari's top brass he was ready for an immediate promotion.

His results and a dip in form for Raikkonen convinced the late Sergio Marchionne, Ferrari's former chairman, to green-light Leclerc replacing the Finn next season. 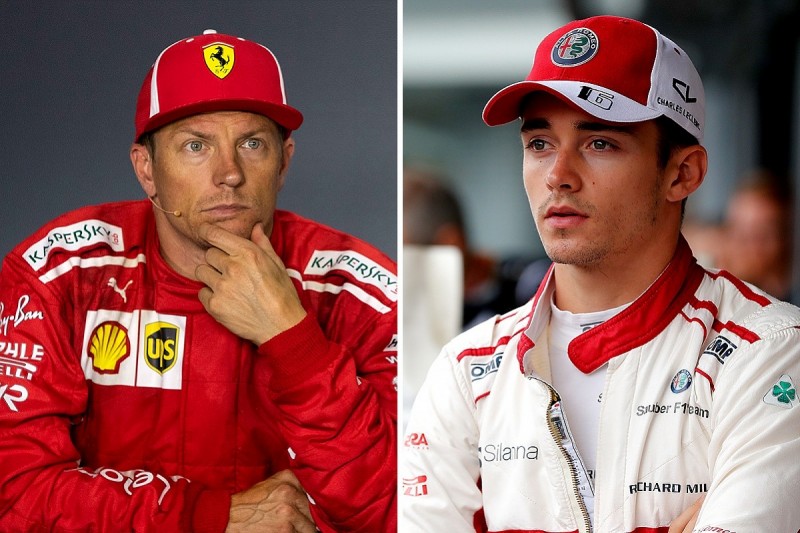 That was complicated when Marchionne passed away in July and was replaced by Louis Camilleri, a supporter of Raikkonen, but Ferrari's new hierarchy decided to honour Marchionne's original plan.

Raikkonen's exit from Ferrari was confirmed on Tuesday morning and swiftly followed by the news he will return to Sauber next season.

Ferrari's confirmation that Leclerc will partner Sebastian Vettel in 2019 followed shortly after to complete the set.

Leclerc's current team boss at Sauber, Fred Vasseur, said: "It has been a great pleasure to support Charles Leclerc in his rookie year in Formula 1.

"Since his arrival, he has given the team great motivation. We have constantly improved and we will work hard until the end of this season to achieve the best possible results together.

"We are aware of Charles' talent and are confident that he will have a bright future.

"We will keep on following him closely and we wish him the best on his path."

Why Raikkonen move could backfire on Sauber