Kimi Raikkonen will return to the Sauber Formula 1 team in 2019 after losing his Ferrari drive.

Raikkonen made his debut in F1 with Sauber in 2001, before joining McLaren the following year, and will head back to the Swiss team next season in what is expected to be a straight swap with Charles Leclerc.

The move to Sauber is a two-year deal for Raikkonen, who wrote on his official Instagram account: "Guess who's back?! Next two years with Sauber F1 team ahead!

"Feels extremely good to go back where it all began!"

Though the 2007 world champion has not won a race since 2013, and has not tasted victory in his second spell with Ferrari, his return represents a major coup for Sauber. 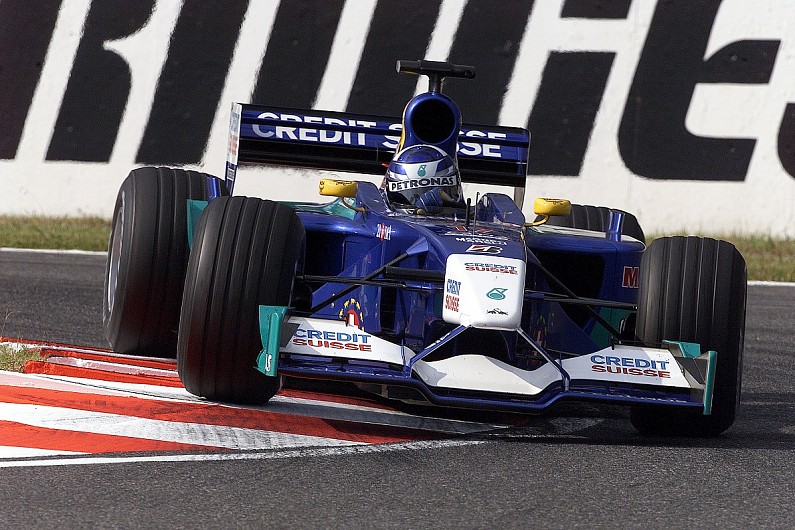 The team has been on a major rebuilding project over the last year since Fred Vasseur took charge amid an ownership change.

"Signing Kimi Raikkonen as our driver represents an important pillar of our project, and brings us closer to our target of making significant progress as a team in the near future," said Vasseur.

"Together, we will start the 2019 season with a strong foundation, driven by the determination to fight for results that count."

Sauber's revival has facilitated Leclerc's stunning rookie season, which has earned the 20-year-old an immediate graduation to Ferrari - although that is yet to be officially confirmed.

Raikkonen taking one of the 2019 Sauber seats means its other '18 driver Marcus Ericsson is under pressure to earn his stay with the team.

Ferrari protege Antonio Giovinazzi was considered a favourite for a Sauber drive, as Ferrari has an option on one of the seats there.

It may have used that to allow Raikkonen's move, or Giovinazzi could make his full-time F1 debut by replacing Ericsson.