The Haas Formula 1 team should have achieved better results so far in 2017 considering it is a "Ferrari B team", says Toro Rosso's Carlos Sainz Jr

Romain Grosjean gave Haas, currently in its second F1 season, its best result of the year with sixth in the Austrian Grand Prix.

But it was a high point in an up-and-down season where the team has struggled to get the car into the right performance windows with tyres and downforce.

Haas, whose chassis is supplied by Dallara, has a close relationship with Ferrari that includes the supply of engines and all 'non-listed' parts.

"Haas in the end is a Ferrari B [team], so it is a bit of a surprise that they haven't performed better up until now," said Sainz.

"If you look at the car and the engine itself, it's more a Ferrari than anything else.

"So on tracks where they don't struggle with brakes, with bumps or with kerbs, they put the downforce they have and the engine that they have and you look here and they have a very competitive car.

"It is still a young team but they have a really competitive package." 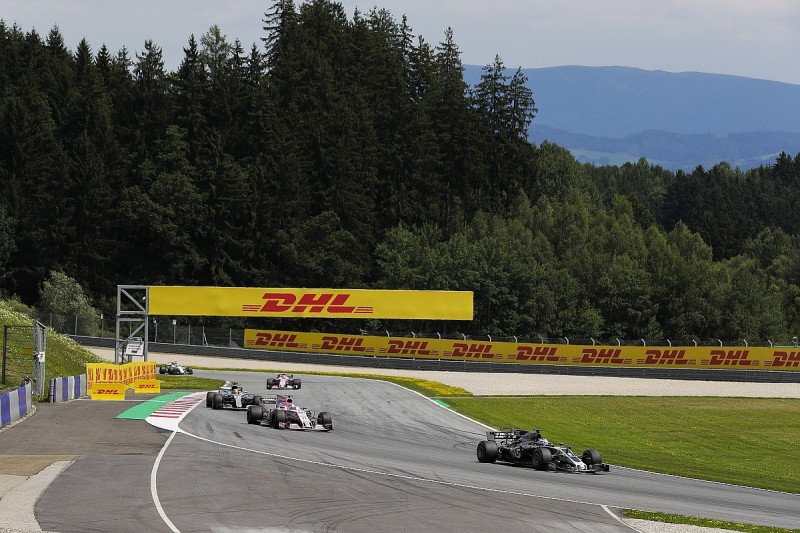 But Force India's chief operating officer Otmar Szafnauer said having a strong package is only part of the battle to achieving good results.

"If you've got a good car, you've still got to do a lot of things right trackside in order to extract the performance," he said.

"So perhaps Carlos is right and they are a Ferrari B team and they have some Ferrari technology in their car which makes it a good one.

"However it's not Ferrari personnel extracting that performance so I can understand the up and down.

"The tyres can be tricky, for example, but if the car is completely the same, you've got to set that car up a little bit differently.

"They've shown some speed at some races, including [Austria], but at other races not so.

"But as the time goes on, if the car is fundamentally good they'll learn how to extract that performance."

Why rivals should shut up about Bottas's 'jump start'