Verstappen suffered a clutch problem at the Red Bull Ring start before being eliminated in a first corner collision to further compound a miserable run of form.

Amid a dire run of failures that have derailed his campaign, he says he is starting to lose faith that things will turn around.

When asked how he felt after the race, Verstappen replied: "I actually was reasonably calm. But it's very disappointing of course, what happened.

"This way you lose confidence. Not in myself, but in the whole thing I mean - if it keeps on happening."

Pushed to clarify in what exactly he was losing confidence, he said: "Just the whole situation at the moment. I think that's pretty logical.

"This needs to stop at some point. I know they always do their very best. Also, it's constantly something else, so you can't fix it really, because every time it's something else." 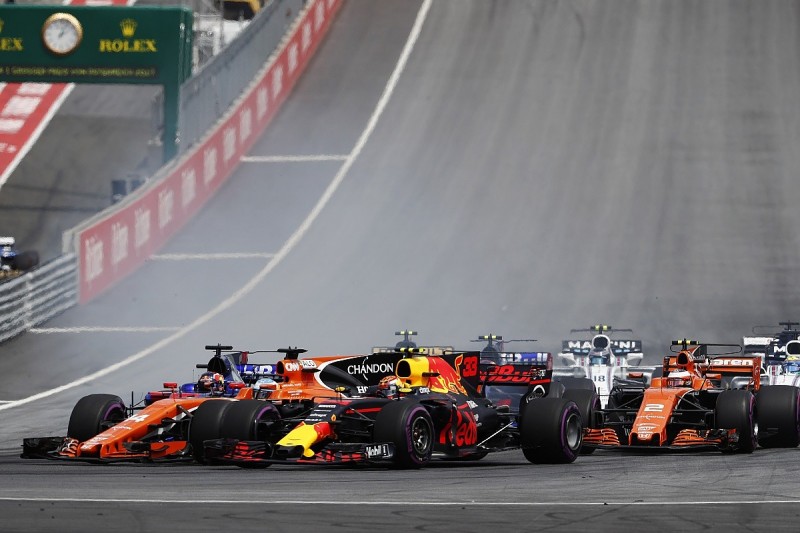 Even without being collected by Fernando Alonso's McLaren - which had hit by Daniil Kvyat's Toro Rosso - Verstappen thinks his earlier clutch issue would have forced him out of the Austrian GP anyway.

"I already had clutch problems at the start," he explained.

"During the formation lap I already noticed that something was wrong.

"When I left the grid the car was shaking tremendously, so that wasn't good.

"With the actual start, when you go towards the bite point, the clutch started to oscillate, to vibrate, to put it simply.

"Then the car went into anti-stall, but presumably something already was broken by then and started leaking.

"So I never would have made it to the finish.

"If it's starting to slip and to leak and everything, then it's game over."

Verstappen said that team chiefs Christian Horner and Helmut Marko did apologise to him for his latest problem, but says words mean little in a situation like his.

"I think they have never experienced so many DNFs before," he said. "I think this normally happens over three or four seasons, maximum.

"What can I say? Sorry doesn't get me anywhere. Since Monaco I have scored zero points."