George Russell admits he and Mercedes 'need to understand' where his shock maiden Formula 1 pole came from at the Hungarian Grand Prix after “worst Friday” of 2022.

The Briton was almost a second off the pace of the Ferraris down in eighth after Friday’s running, with team-mate Lewis Hamilton expressing shock at how inconsistent the 2022 Mercedes was from track to track.

A wet FP3 did nothing to boost Mercedes morale with Russell constantly complaining of a lack of grip on both the intermediate and wet tyres.

But Russell stunned with his final lap in a dry qualifying on Saturday afternoon when he produced a 1m17.377s to beat Ferrari’s Carlos Sainz by 0.044 seconds.

Russell says this pole came after “probably our worst Friday of the season”, but admits the team has to analyse further to understand just where his qualifying pace came from.

“Over the moon. Absolutely buzzing,” he said after scoring his first F1 pole.

“I mean, yesterday was probably our worst Friday of the season. And everybody last night was working so hard.

“We didn't really know what direction to go in. And then that last lap, got round Turn 1, mega Turn 1, went round Turn 2, Turn 2 was mega.

“And the lap time just kept on coming and kept on coming. And I came across the line, looked at the screen and saw we went P1. And that was an incredible feeling.” 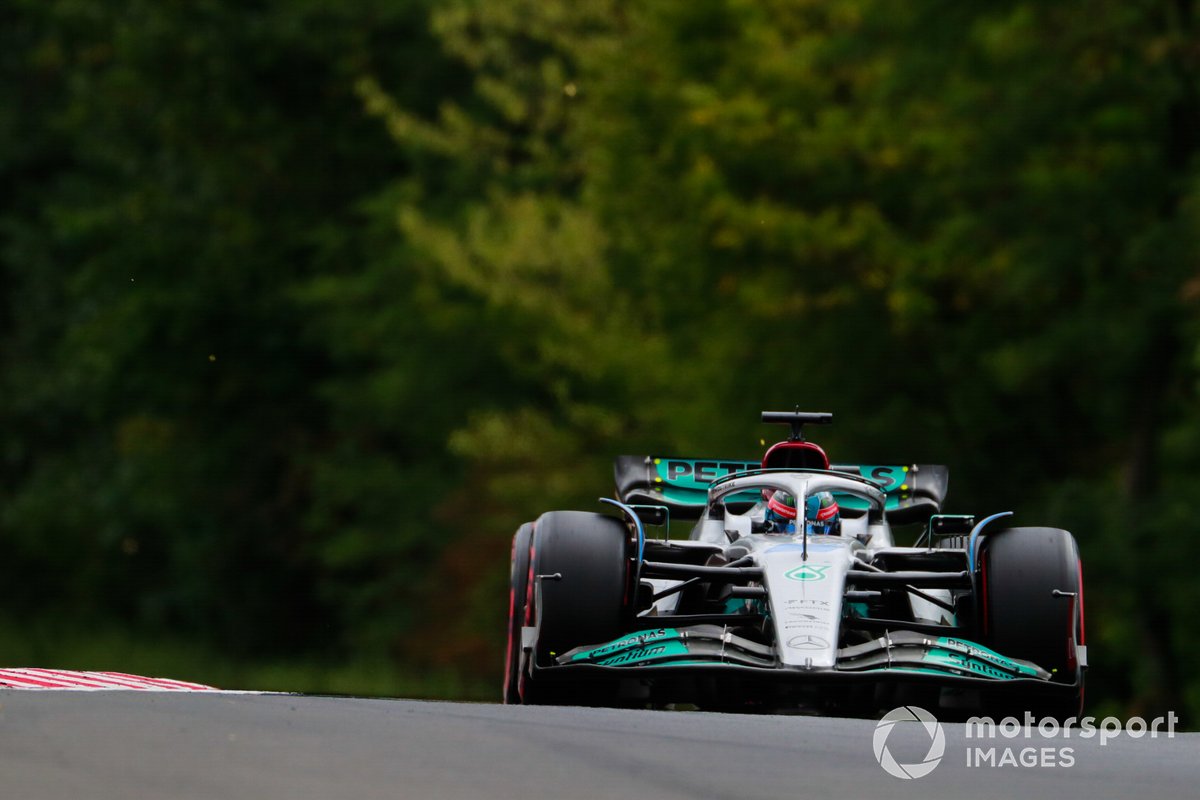 Asked if Mercedes is now back after a difficult first half of 2022 with its W13, Russell added: “I don't know, to be honest.

“We need to look into it and understand where that came from today.

“There are a few ideas we have. At the end of the day there's no points for qualifying.

“But we generally have good race pace, but the Ferraris looked very fast on Friday.

“But we're going to be absolutely going for it. But either way that was a pretty special day no doubt.”

Prior to Hungary, Russell’s best qualifying result of the season was a fourth – which he managed twice in Austria and Spain.

Russell’s team-mate Hamilton will start Sunday’s Hungarian GP from seventh after a DRS issue forced him to abort his final run.