Formula 1 chiefs and teams have been urged not to let their guard down amid concerns it could face a "rocky" few weeks as COVID-19 cases spike in the UK.

With Britain, where seven of F1’s teams are based, experiencing a rapid acceleration in new cases, there are worries that the situation could get even worse when the UK government lifts many restrictions on Monday.

That could pose a problem for British teams if personnel start getting taken down by the virus and find themselves unable to work.

McLaren CEO Zak Brown, who tested positive for coronavirus ahead of this weekend, felt it important that even though the British government was relaxing its stance, that F1 kept strict tests in place to capture any outbreaks early.

“We need a lot of test and trace, and testing,” said Brown, speaking to media via a video call ahead of the British Grand Prix.

“I think it's going to be a handful and we as McLaren, and the teams and probably F1, I think we have to not let our guard down. We need to do everything we've been doing the last year and a half, even as the government opens up.

“I now think I understand what they're doing with the testing, which is let's open up and see what happens, and it looks like hospitalisations aren't moving anywhere near the same rate.

"So hopefully we come through this and see the vaccine is doing its job of keeping people healthy.

“But am I concerned? Yeah I think it's going to create this topic, and everyone's got an opinion.

"And I'm sure, when it breaks through the double vaccination, it's going to have negative impacts on some people. 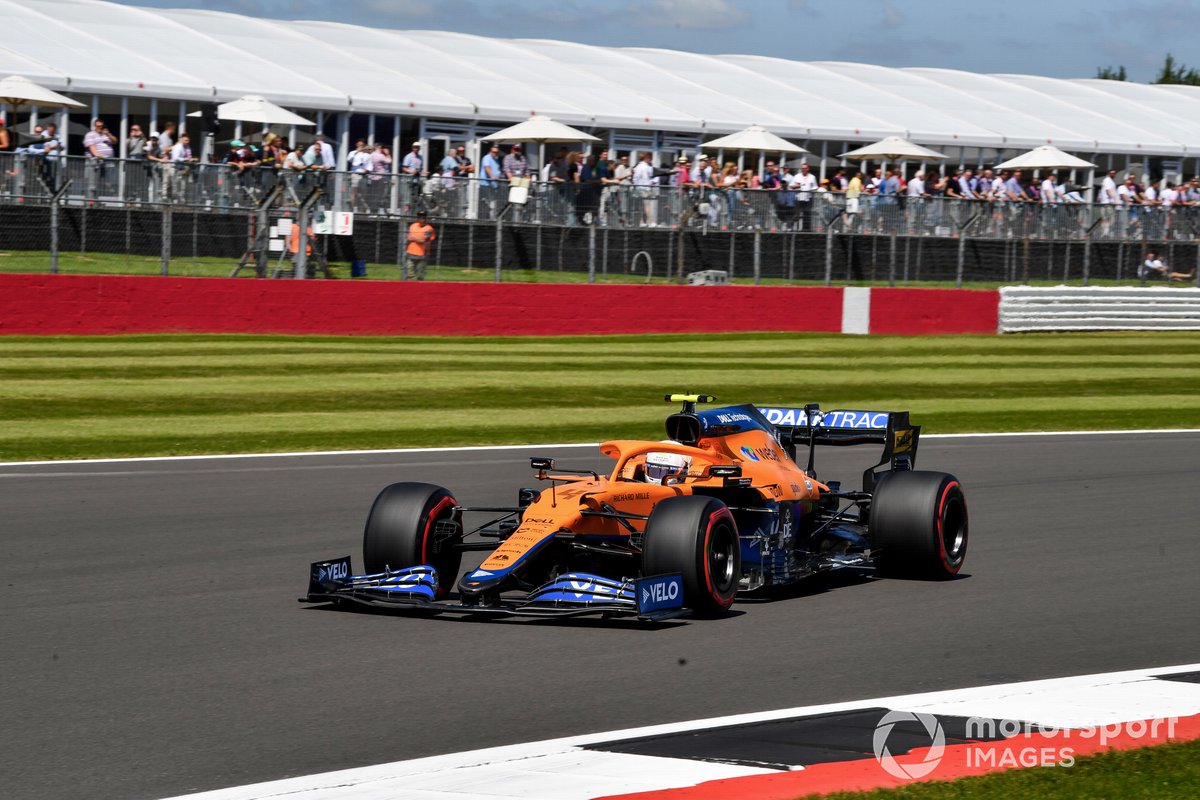 Brown said that he was completely taken aback when he was informed on Thursday that he had tested positive for coronavirus.

“I've been fully vaccinated with Pfizer since March, so I was shocked to get the phone call,” he explained.

“I test myself every morning with a lateral flow test at home, just to be on the safe side, and then do obviously everything that McLaren requires and F1 requires.

“When I got the phone call, I was shocked because I felt fine. My symptoms lasted for five hours and, at best, I would have taken an aspirin and still worked.

“They were almost nothing. I feel completely fine now, but obviously I’m isolating for the 10 days and continuing to get tested.”