Just the day before track action begins for the British Grand Prix, the McLaren outfit confirmed that Brown and the other team employees had been detected during the pre-event screening programme.

The team members are now all isolating according to the British government guidelines.

In a statement McLaren said that the three cases were not connected, and that its operations for the British Grand Prix were unaffected.

Brown tweeted on Thursday that he would be following the British GP from his house.

“Following our team’s pre-event testing for the British GP, I’ve tested positive for Covid-19,” he said.

“I’ve notified all my close contacts and isolating in accordance with govt guidelines. I’ll still be connected to and supporting the team safely from home.”

Brown spent last weekend at the Goodwood Festival of Speed and was at a film premiere in London on Wednesday. He had been due to drive Mario Andretti’s 1978 Lotus 79 in a 70th anniversary British Grand Prix demonstration at Silverstone this weekend. 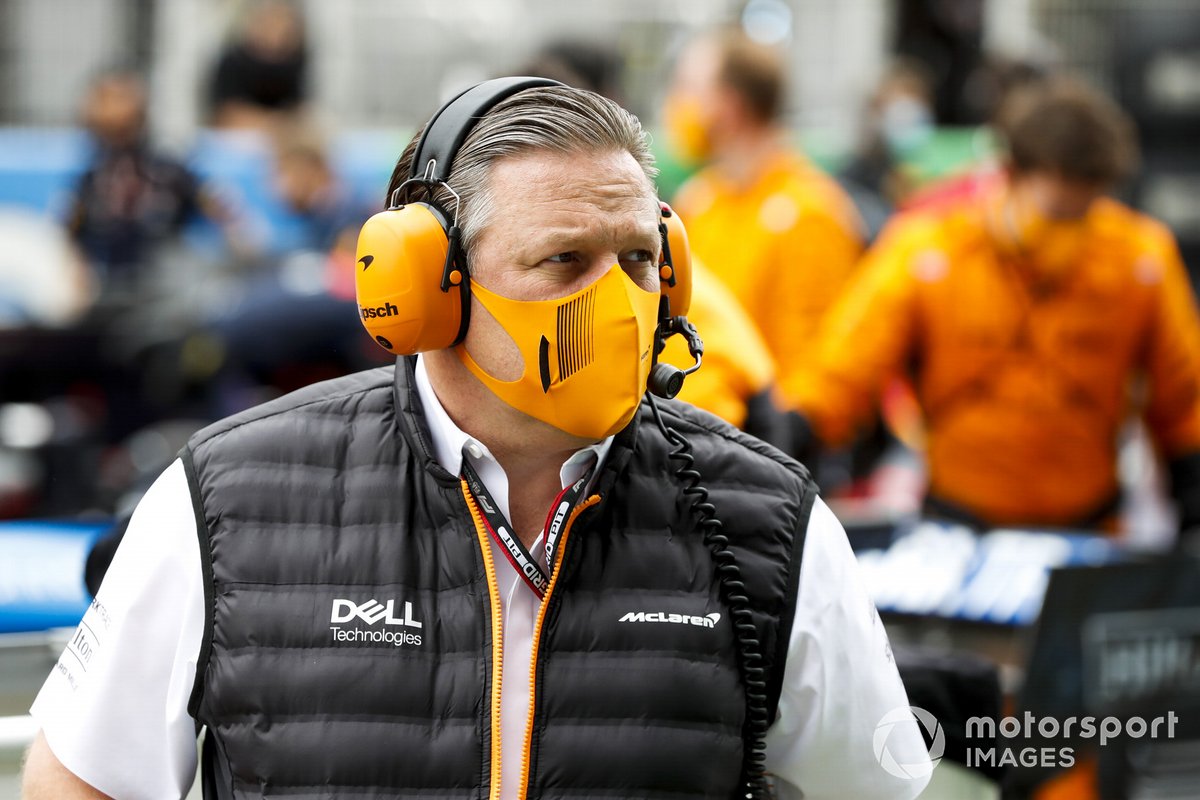 F1 has operated a strict COVID-19 testing procedure for all paddock personnel since the racing resumed last July and has successfully managed to keep a lid on any outbreaks.

However, with infection rates in the United Kingdom higher than anywhere else in Europe, this weekend’s British Grand Prix was always going to pose a bigger threat for potential trouble.

The British GP is forming part of the UK government’s Events Research Programme, so will have a capacity crowd.

Silverstone boss Stuart Pringle has said that the idea is for this weekend’s Silverstone race to feel like a pre-COVID gathering in a bid to better understand the risks of transmission at large sporting events.

“What the government is seeking to do is to have a weapon in its armoury that it can deploy later in the year - particularly in the winter, when one might expect a resurgence of a virus - in order to keep sports events running.”