He finished three tenths adrift of team-mate Valtteri Bottas, but will start just one place behind after the Finn was demoted three positions for overtaking under the red flag in practice.

Massa has won his home race twice before and finished on the podium in two of the last three races at Interlagos but has so far been off the pace this weekend.

"I was just struggling to find the overall grip from the car, especially in the second sector when you have all of these slow corners and you're sliding and really not finding the grip levels," he said.

"I couldn't find the problem yet, I had these things on Friday and even in the qualifying.

"I tried to change everything in the car but it didn't work like I expected."

Williams performance chief Smedley suggested Massa's problems were down to the direction the team had taken with set-up.

"We've been chasing the track and probably going the wrong way," he said.

"I don't think there are any major problems with his car.

"We're just trying to find the sweet spot of the track a session or two before.

"We've got a car now that's set up well for FP2 but not very well for qualifying.

"There's no problem with what he's doing. He hasn't got a car he's comfortable driving in so he can't drive it very well."

Bottas said his team-mate seemed to have "tried loads of things" but "in the end we didn't finish up too far away in our set-ups".

Massa said Felipe Nasr had apologised for impeding him during qualifying at Interlagos.

During Q1, Nasr was moving slowly on the racing line and Massa had to skate off the road to avoid the Sauber.

Nasr received a three-place grid penalty as a result, but the two drivers spoke about the incident in the media interview area after the session.

"I had to go off the track because I was on my best lap, I was on new tyres and he didn't see me," said Massa.

Nasr added: "The message I got from my team was that all the cars around me were 'in phase' - all synchronised on a slow lap.

"Once I entered the last sector going downhill, at the Mergulho corner, the last car I saw behind me was Bottas.

"I said 'OK, I'm going to start my lap'. Suddenly I just saw Felipe pass me on the outside.

"I think it was just a miscommunication there on behalf of the team.

"Once you do the downhill part, you can't see who is coming from the top, so there was nothing else I could do." 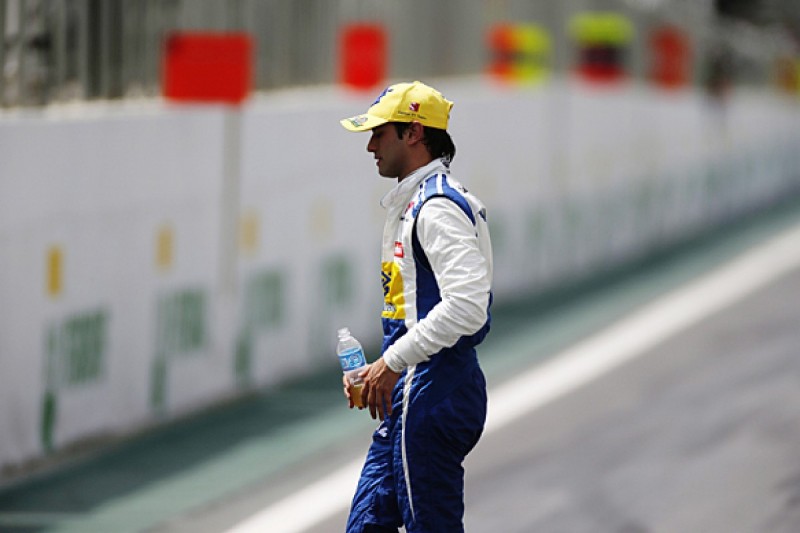