Poleman Leclerc gave third-place starter Vettel a tow on the run to Turn 2 at the start and did not defend from his team-mate as Vettel moved into the lead.

That was part of a pre-race agreement within the team, but Vettel appeared to fail to complete his part of the deal by ignoring a team order to let Leclerc back ahead early on.

Ex-Ferrari technical chief Brawn, who is now motorsport managing director at F1, addressed the controversy in his official post-race review and noted that the fact Vettel dropped behind Leclerc in the pitstop phase and eventually retired meant "there was little point in any recrimination".

However, Brawn believes that team principal Mattia Binotto "will have work to do in the next few days to pour oil on what seem like turbulent waters" and said the balance between its driver line-up has given the in-form team "a few internal issues".

"On the one hand they have a four-time world champion who is still one of the finest drivers on the grid, despite a few too many mistakes over the past two seasons," said Brawn.

"And on the other, they have an incredible talent in Charles Leclerc - after all, you don't take six poles, including four in a row, and win two races at legendary circuits such as Spa and Monza if you're not a star in the making.

"It's a potentially explosive combination and needs careful handling.

"Of course, Mattia is well aware of how this kind of dynamic can work as he has experienced it before when he was a young engineer.

"But now the honour and obligation fall to him to make sure that mechanism that drives what can be healthy rivalry runs smoothly." 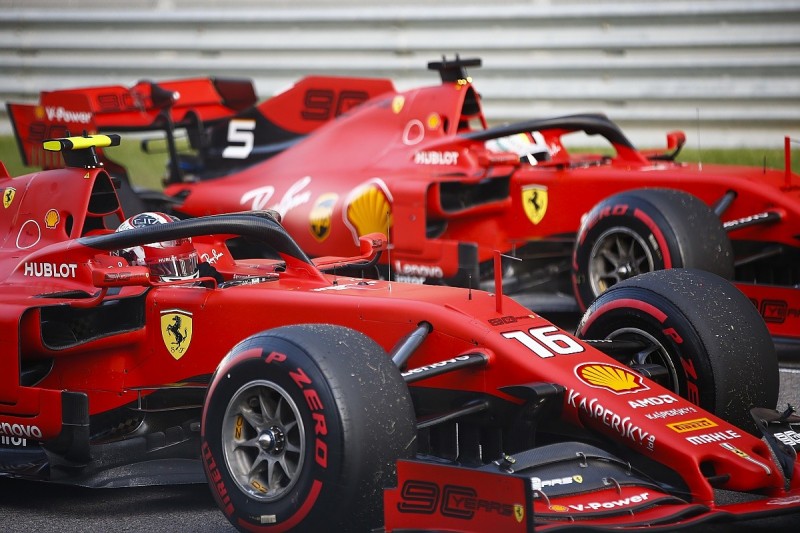 After the race, Leclerc insisted he still trusted Vettel, who himself argued he had stuck to what Ferrari agreed pre-race.

Before retiring, Vettel had already fallen back behind Leclerc because his team-mate had pit early and used his fresh-tyre advantage to close the gap and get ahead when Vettel pit.

That appeared to be Ferrari's way of resolving the issue of Vettel refusing to swap positions early on, although this is something the team denied.

It also proved futile in terms of Leclerc's victory bid because Vettel's MGU-K failure and stoppage on-track caused a virtual safety car that allowed Lewis Hamilton to make his pitstop during a caution period and retain the lead.

"After five and a half years dominant year, Mercedes is finally up against an opponent capable of really challenging their supremacy," said Brawn.

"Adapting to this has not been straightforward, but Toto Wolff's squad has reacted very well."