Valtteri Bottas was left ruing a “big mistake” by his Mercedes Formula 1 team after being forced to retire from Sunday’s Monaco Grand Prix while running second.

Bottas had hoped to take the fight to Red Bull’s Max Verstappen in Monaco after seeing pole-sitter Charles Leclerc fail to start, promoting the Mercedes driver to second for lights out.

Bottas maintained the position after Verstappen defended well at Turn 1, opening up a five-second gap over the Finn through the opening stint.

But when Mercedes brought Bottas into the pits at the end of lap 30 to fit the hard compound tyre, an issue meant the team was unable to get the front-right tyre off his car.

Despite numerous attempts by the Mercedes pitcrew, the problem ultimately forced to team to tell Bottas to switch his car off and retire from the race.

Mercedes confirmed that “the wheel nut machined onto the axle and couldn’t be removed” at the pitstop.

“I don't know what happened in the pitstop to be honest, I don't know yet if it was human error or a technical issue,” Bottas said in the TV pen following his retirement.

“But in any case, we need to learn from it. It's a big mistake by us and it should not happen.” 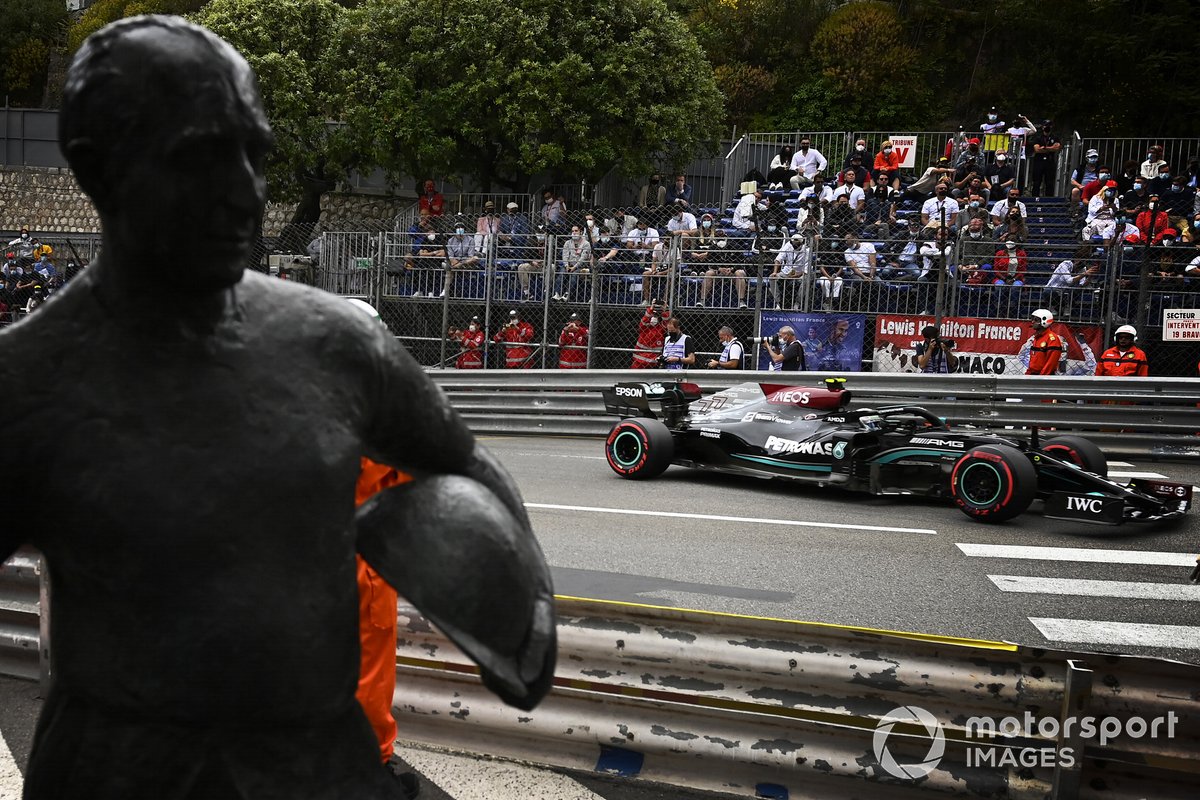 Bottas felt he was in a position to be able to fight Verstappen for the race victory, only for the retirement to cost Mercedes the lead of the constructors’ championship.

“I think otherwise we could have fought for the win,” Bottas said.

“Red Bull and Max, they were really quick, so it would have been difficult, but at least we could have gotten a second place today with good points but we lost them.

“Max was quick and I think they managed to get the soft tyre to last a bit longer in the first stint and once you get onto the hard tyre there's not much happening.

“I don't know. We'll never know if we could have challenged or not.”

It marked Bottas’s second retirement in the opening five races of the season, and saw him slip to fourth in the drivers’ championship behind McLaren’s Lando Norris.