Valtteri Bottas says he plans to be more demanding and “a bit more selfish” with his Mercedes race team this year as he targets an elusive Formula 1 world championship.

Bottas will embark on his fifth season with Mercedes in 2021, but is yet to defeat team-mate Lewis Hamilton in a title battle, finishing as runner-up in each of the past two years.

Mercedes F1 boss Toto Wolff acknowledged at the end of last year that the team needed to give Bottas more support following discussions with the Finn, resulting in an added radio message in Abu Dhabi qualifying.

Speaking to the media for the first time this year, Bottas explained how talks with the team were important to ensure the right level of pressure was being applied, allowing him to up his performance level.

PLUS: Can Mercerdes' W12 retain the team's crown?

“Some of my years in Formula 1, definitely, I’ve put too much pressure on myself,” Bottas explained.

"It’s all about finding that balance and playing with that. 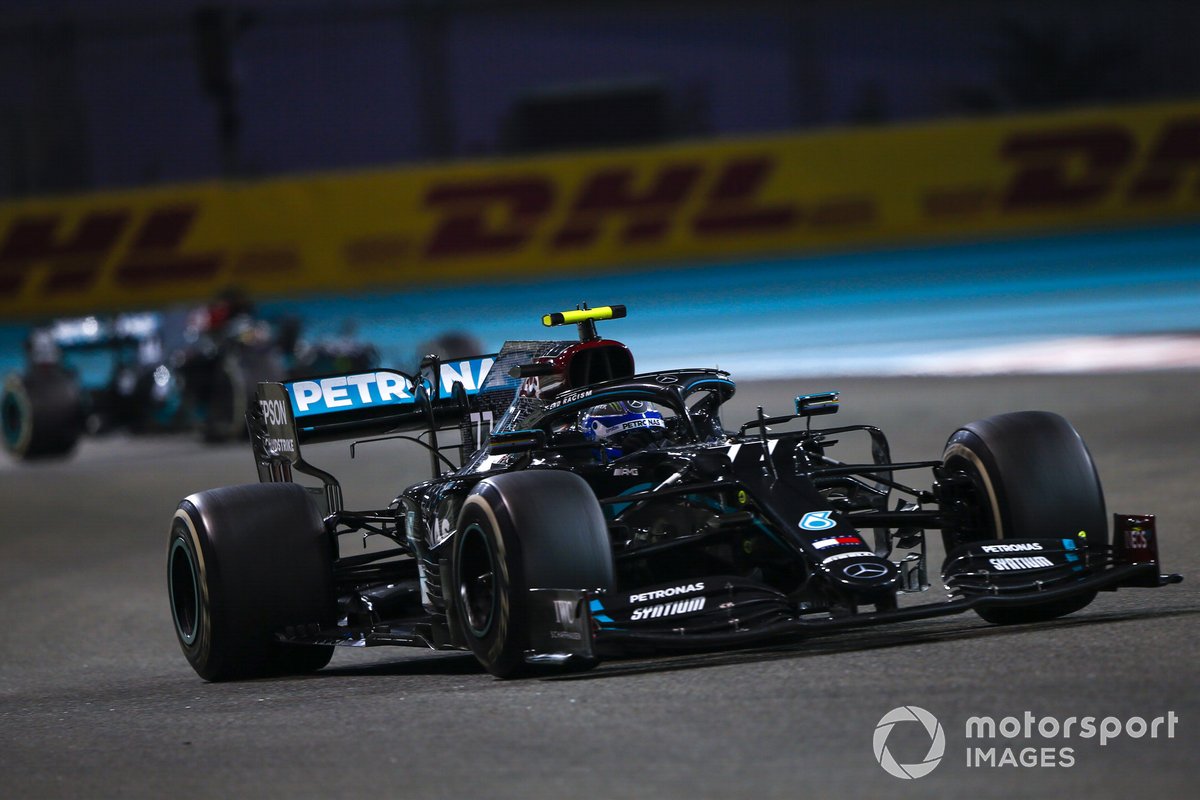 “The only thing to really let the team know in terms of how much they’re pressuring you is to discuss about things, and it’s the same thing with myself.

"I need to be self-honest with everything, and try and find a good way, and kind of happy head for every single grand prix.

“Lewis has won the title us being team-mates all the years now that I’ve been with the team, but still going into this new year, starting from fresh and with a new page, absolutely I believe that I can fight for the title.

“That’s of course the ultimate goal this season, and that’s my target. But it’s a long way until that, and you need to take it really step by step.”

Bottas scored two race victories last year, but struggled for the kind of consistency that Hamilton displayed in his march to the title as the Briton scored 11 wins.

Bottas explained how he was focusing on demanding more from himself and the team around him going into 2021, ensuring the right support was in place for a sustained title challenge.

“This year, I’m demanding more from myself than ever,” Bottas said.

“Obviously I’m not overdoing things, but the ultimate goal for me this season is when I get to the last race in Abu Dhabi, I can look back and say that I did 100%, I did every single bit that I could to win the title.

"That’s the ultimate goal for this year, and that is going to be the same for all the people around me, whoever I’m working with.

“I’ll demand as much as I feel like I need to, to get the support and get the information that I need, and maybe that way, I can be a bit more selfish.

“One year in a lifetime, giving everything that you have, is actually quite short time. That’s I think the mindset that I have, and that is including me and the people around me.”