Valtteri Bottas says he “couldn’t trust the rear-end” of his Mercedes Formula 1 car in the final stage of qualifying at Imola on Saturday, contributing to his P8 finish.

Bottas topped both FP1 and FP2 on Friday for Mercedes, and said he felt “a lot happier” with the W12 car after battling rear-end instability through pre-season testing and the opening race weekend in Bahrain.

But the Finn slumped to a disappointing eighth-place finish in qualifying for the Emilia Romagna Grand Prix, ending the session almost half a second off team-mate Lewis Hamilton on pole position.

Bottas explained after qualifying that he felt a return of Mercedes’ rear-end struggles in Q3, leaving him unable to fully extract the performance from the car. 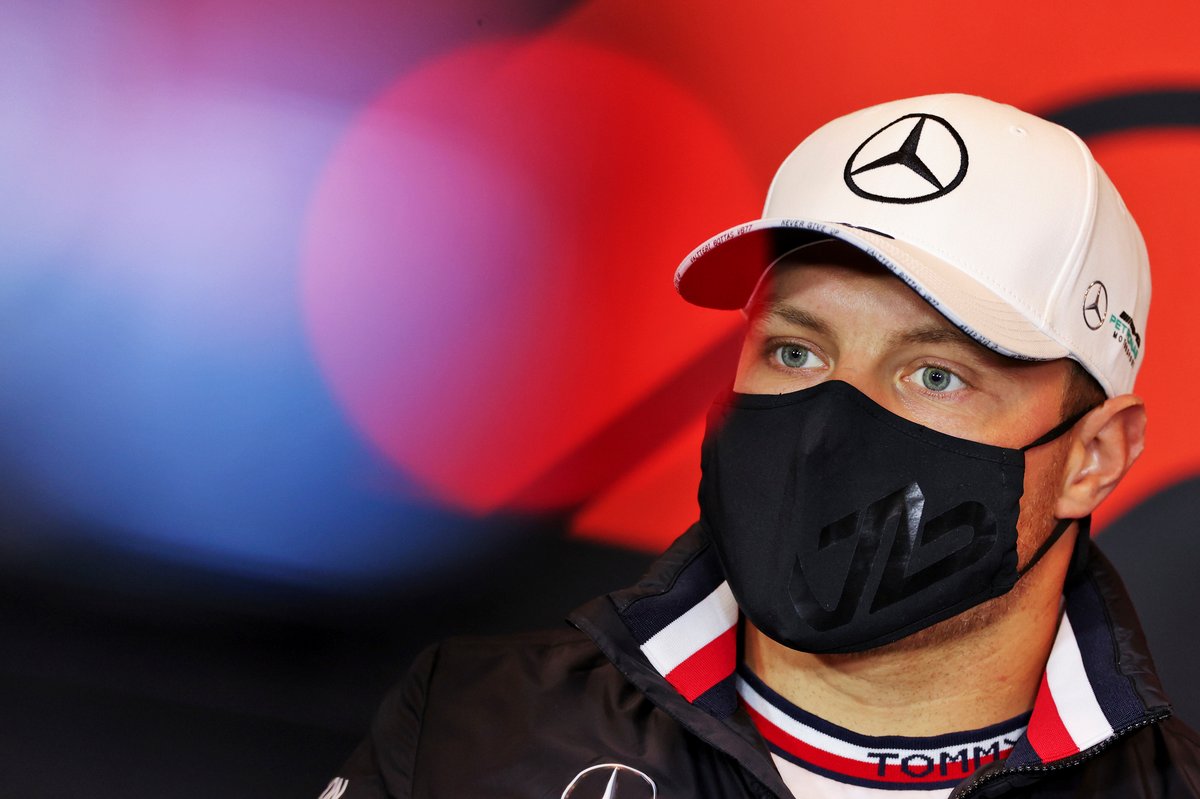 “P8 definitely not what I was aiming for today, and especially with the feeling at the start of qualifying,” Bottas said.

“Q3 first run, I went into Turn 2 and had a really sudden snap from the rear-end, and then it really continued through Sector 1, and I lost a lot of time.

“Actually the same thing [happened] in the run two, it was never there. I couldn’t trust the rear end of the car, and it was something that I didn’t feel in the whole qualifying before that.

“I don’t know what happened. So I need to investigate. For sure, it’s disappointing.”

But Bottas felt that unlike the rear-end struggles he battled in Bahrain, the Mercedes W12 was now struggling more at corner-entry.

“It was something different [to Bahrain],” Bottas said.

“Now it was more in corner-entry, which I’ve never really had before.

“So yeah, we need to look first of all that everything was right with the car. It was not ideal.”

The result has left Bottas facing a fightback through the field on Sunday at a track where it is traditionally quite difficult to overtake.

It has also left Mercedes facing the prospect of Red Bull splitting its strategies to beat pole-sitter Hamilton, with Sergio Perez and Max Verstappen starting second and third respectively.

Asked about the prospect of fighting the Red Bulls alone on Sunday, Hamilton said he was relishing the challenge.

“It's great finally we've got the two Red Bulls there,” Hamilton said.

“I think it's going to definitely make strategy harder and it's going to be a real challenge tomorrow because they have got great race pace. I think their pace was strongest on the long run yesterday.”