The American had been due to fill in for Max Chilton at Spa-Francorchamps, because at the time Marussia had contractual issues with its regular racer.

But following a change of circumstance at the team, which has not yet been fully explained, Chilton was given the green light to be back in the car on Friday morning.

Speaking at the end of the day, Rossi revealed that he had no idea about the change of plan until he got out of the car following his run in first practice.

"That is the way it goes and I will be back very soon."

Rossi admitted that losing the chance to race was a disappointment, but it was not as gutting as some may have thought.

"I don't think it was as hard as you would expect because it came so quickly and it went away in the same way," he said.

"I don't think it had fully sunk it quite yet that I was racing as it was a Friday morning session - it was nothing new to me obviously. 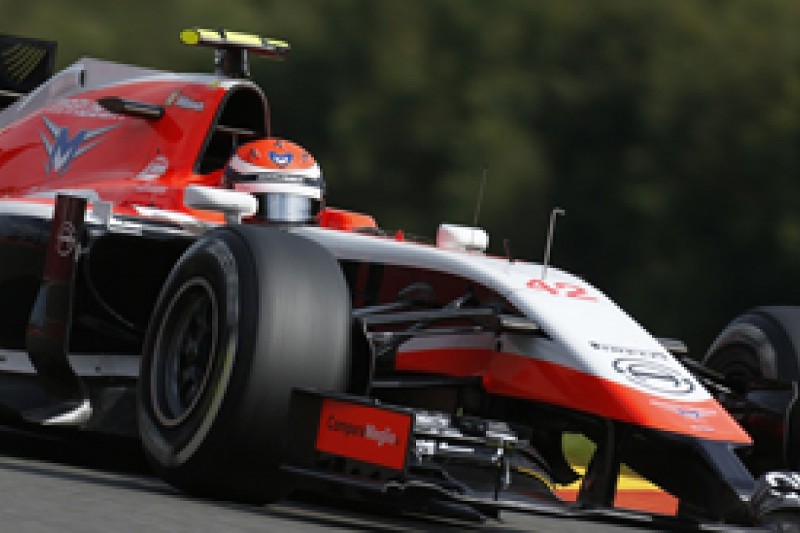 "But I was quite disappointed, I wanted to race this weekend, but that is the way it goes sometimes. It is the sport we are involved in."

But despite not getting the chance to race, Rossi thinks that the uplift in profile he got this weekend - and the fact he was given the nod to race - has been a big boost.

"It not only gave America and the F1 fan base a bit of confidence in the fact that I can make it - but it gave me the confidence too.

"Coming to this team and being here for such a short period of time, the fact that they showed faith in me when necessary went a long way.

"Beyond all this, the biggest emotion I have is the gratefulness I am here and that I am involved with these people."