Belgian GP practice not much fun for Ferrari - Kimi Raikkonen

Ferrari ended the day fourth and seventh with Sebastian Vettel and Raikkonen respectively, and while neither driver got a particularly clean qualifying simulation run in the afternoon session, both accepted there is a lot of work to do.

"I started OK in the afternoon, but I was struggling badly with the super-softs," Raikkonen told reporters after the session.

"Then on the long runs, it was a big struggle.

"It was one of those days. It was not an awful not of fun, in the end the feeling wasn't correct."

Vettel believes the high temperatures at Spa are making finding a good balance difficult for everyone.

"It was tricky today, it was very slippery - very hot," he said.

"I don't think it matters what tyres you have, it's slippery for everyone.

"We have to improve our car, it's not where we want to be.

"I'm not entirely happy, I'm struggling a bit with the balance of the car, and also Kimi didn't get a clean run.

"It didn't feel great out there but that's up to us to work on and improve the car." 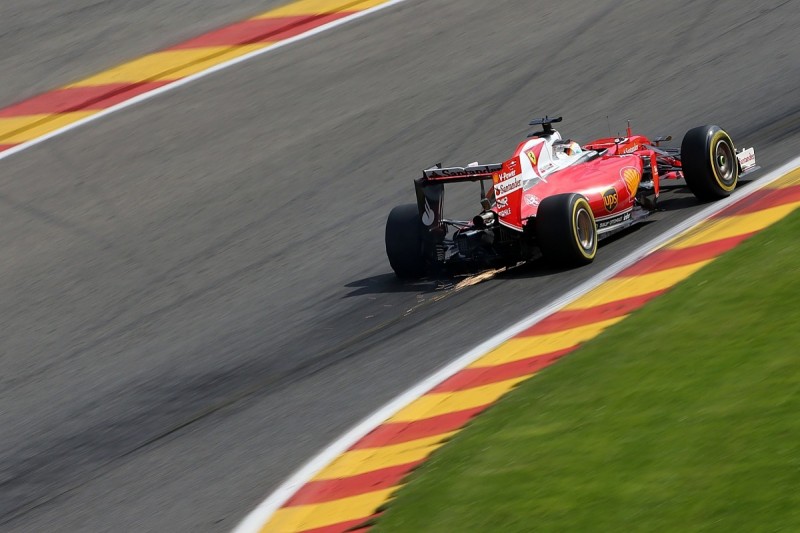 Vettel experienced a few run-ins with other drivers during the afternoon session as he came across slower cars, but he accepted that even he needed to be mindful of traffic during a busy session.

The German blamed a Force India for the first of two offs at Les Combes, and he was frustrated by Carlos Sainz Jr at La Source after he had tried to keep out of the Toro Rosso's way at the end of the previous lap.

"It's traffic - sometimes people, including myself, could do better," he added.

"Everyone was struggling to make the tyres last - at least the cars I saw were, which is a bit of a shame but it's the same for everyone.

"I don't think everyone had clear runs today, so the competitiveness is difficult to judge."