In the latest edition of the 'Banned' series, Autosport looks back at some of the attempts made by Formula 1 teams to work around the minimum weight rules

Back in 1982, turbocharged engines had started to run riot in Formula 1 and were leaving the naturally aspirated teams, most of which relied on the venerable Cosworth DFV, trailing in the power stakes.

In response, the DFV-powered teams that were aligned to FOCA - the Bernie Ecclestone-led constructors' group - decided that they needed to offset their power disadvantage by taking weight out of their cars.

The turbocharged teams - Ferrari and Renault - had been able to bring their cars down to the 580kg minimum weight limit, leaving the FOCA teams with a conundrum that required some lateral thinking.

The answer was to use 'water-cooled brakes', a solution that had little to do with cooling the brakes and a whole lot more to do with shedding weight over the course of the race.

Teams installed large water tanks within their cars' sidepods, and would fill them up for the start of the race to meet the 580kg minimum weight. Within the opening few laps, the water would evaporate to give the cars a massive weight advantage over the turbocharged machinery.

This meant they were technically underweight during the race but, as teams were allowed to replenish 'cooling fluids' after the race before being scrutineered, the cars would never be measured as illegal.

It was a clever interpretation of the regulations, but an obvious deception that the governing body looked to stamp out quickly. 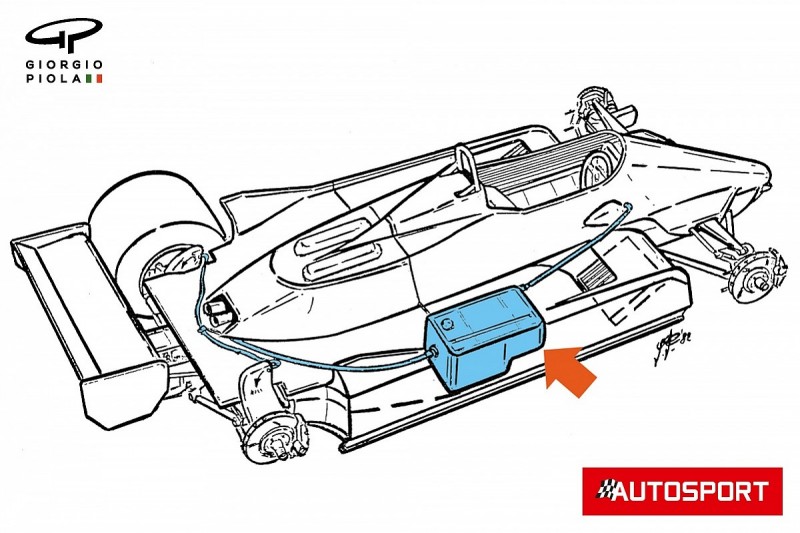 Following the second round of the championship in Brazil, under increasing pressure from the turbocharged teams, the matter was settled when race 'winner' Nelson Piquet (Brabham) and second-placed Keke Rosberg (Williams) were protested and disqualified from the results.

These two had taken the brunt of governing body FISA's punishment, with other teams running brake-cooling systems let off the hook. Because John Watson finished 'only' fourth in his DFV-powered McLaren, his car was not protested or investigated, so he was promoted to second behind Alain Prost's Renault.

The saga had political ramifications and resulted in most of the non-turbocharged teams skipping the next round, the San Marino Grand Prix.

In the meantime, FISA had also closed off the loophole as cars would now be weighed after the race in the condition in which they had finished.

Tyrrell, the last team to use a naturally aspirated engine before F1 went all-turbo in 1986, tried a similar trick in 1984.

This time around it used a water-injection system, whereby a mist of water was sprayed over the inlet trumpets in an attempt to improve power output.

Although the system itself was legal, Tyrrell used pitstops to fill the reserve tank under high pressure with a mixture of water and lead shot, in order to raise the car's weight significantly.

The team was found out when the pressure at which the water/lead mixture was fired into the 012's additional tank meant that some escaped and found its way onto its rivals' pit boxes.

Although Tyrrell had used illegal ballast, the governing body also set about making its case watertight and sampled the content of the water. 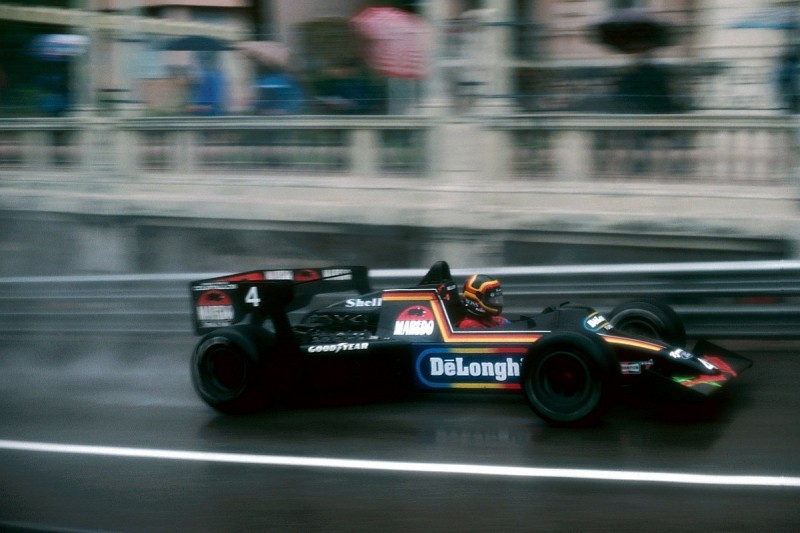 The samples revealed that the water contained aromatics (such as toluene, commonly used to raise octane level in fuel) and considered it would be able to boost performance, as it would constitute an ancillary fuel source.

This meant that Tyrrell could be charged on several fronts: taking on additional fuel during a pitstop (which was banned); use of additional illegal fuel lines; and the illegal 'moveable' ballast.

Tyrrell was banned from the final three races of the season and all its results from 1984 were expunged.

F1 had to wait over two decades for another high-profile case of weight tampering to make the headlines, when in 2005 the team descended from Tyrrell - BAR - was at the centre of controversy.

BAR had enjoyed a successful 2004, taking second in the constructors' championship, and its 007 for 2005 was fitted with a secondary tank that carried 6kg of fuel.

When this was spotted by the FIA technical delegates after Jenson Button and Takuma Sato finished third and fifth respectively in the San Marino Grand Prix, BAR's management unsuccessfully argued that the 6kg was the minimum required for the engine to run.

The FIA was unmoved, maintaining that the team was willingly using the fuel as ballast, disqualified the BARs from the results of the Imola race, and banned the team from the following Spanish and Monaco GPs. 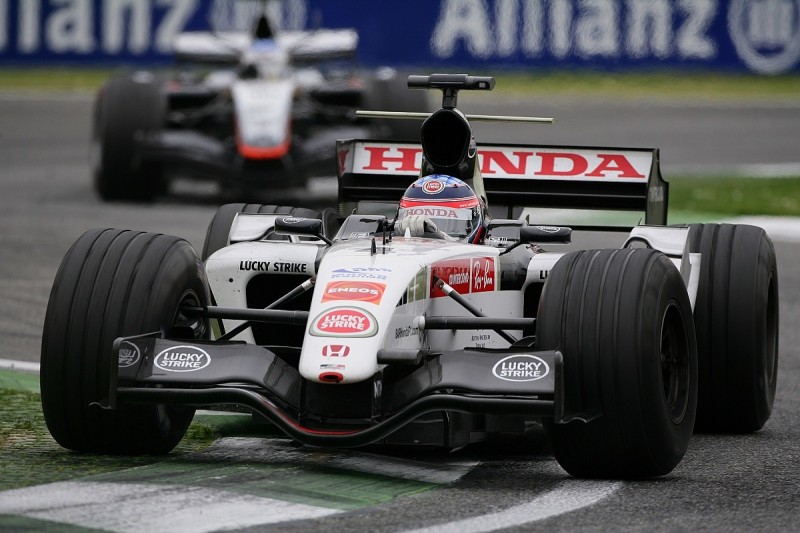