Sebastian Vettel is set to leave Ferrari at the end of the 2020 Formula 1 season after talks over a new contract broke down, according to sources

Four-time F1 world champion Vettel has been locked in negotiations with Ferrari over a new deal after entering the final season of his three-year contract in 2020.

But sources indicated to Autosport late on Monday night that talks have broken down, prompting the two parties to agree to part company at the end of the year.

It will bring to an end a six-year spell for Vettel at Ferrari that has so far yielded 14 grand prix victories, and seen the German twice finish as runner-up in the F1 drivers' championships.

An announcement from Ferrari is expected on Tuesday confirming Vettel's departure at the end of the season.

Ferrari is yet to make any firm decision on who will replace Vettel as Charles Leclerc's team-mate for 2021, but McLaren's Carlos Sainz Jr. and Renault driver Daniel Ricciardo are understood to be the leading two candidates.

A move for either driver is set to have wider ramifications on the driver market, shaking up the grid for 2021 when the majority of the field is currently out of contract.

It is unclear what future Vettel faces in F1, although a seat with a front-running team seems unlikely given the presence of Lewis Hamilton and Max Verstappen at Mercedes and Red Bull respectively.

Vettel said last month he expected a decision on his Ferrari future to be made before the start of the 2020 season, which has been delayed by the ongoing COVID-19 pandemic.

The German was understood to have been offered a short-term contract on a reduced salary, having previously struck three-year deals with Ferrari as one of the best-paid drivers on the grid.

Vettel was beaten in the drivers' championship by Leclerc during their first season together at Maranello, scoring just a single race win at the Singapore Grand Prix. 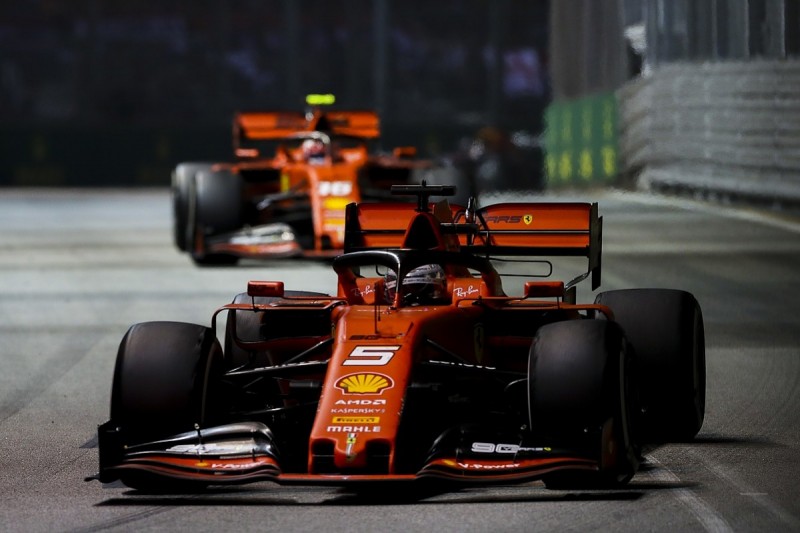 Vettel joined Ferrari in 2015 looking to become the Italian marque's first world champion since Kimi Raikkonen in 2007 and add to his haul of four titles won with Red Bull in the early 2010s.

Despite fighting for the championship in both 2017 and 2018, Vettel lost out in both years to Mercedes driver Hamilton before struggling to recapture his good form through '19.

The arrival of Leclerc placed greater pressure on Vettel, and led to a number of tense moments between the two drivers on-track across the course of the season, most notably in Brazil when they collided while fighting wheel-to-wheel.

Leclerc signed a five-year contract with Ferrari at the end of last year, tying him to the team until the end of 2024.

Vettel to leave Ferrari at the end of 2020, F1 future unclear