With teams eager to make up for lost time after most of morning practice was abandoned when Williams driver George Russell hit a loose drain cover, Hamilton recovered from a trip up the escape road at Turn 8 to put his Mercedes top in the early running on medium-compound Pirellis.

Leclerc was initially just behind, but then put in a time of 1m44.748s to take top spot despite glancing the Turn 7 wall with the left side of his car, shortly before the session was stopped because Racing Point driver Lance Stroll had crashed.

Stroll had a moment at the entry to the Turn 2 left-hander and subsequently attempted to bail out of the corner to head up the escape road, only to hit the barrier with his front left wheel having aborted too late. 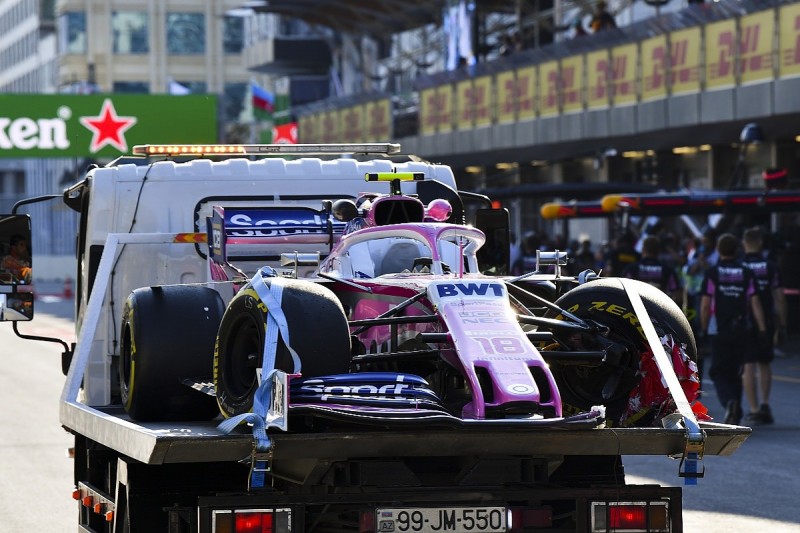 Stroll reported over the radio that "I just got a snap on entry" and the damage meant he couldn't return to the pits, leading to the session being stopped 15 minutes in.

Following an 11-minute delay, Vettel was among the first to head out on softs but had to abort his first push lap after having to take to the Turn 3 escape road.

Leclerc improved on his first lap, but then briefly dropped behind Vettel's lap of 1m43.196s before reclaiming top spot with a time that would stand for the rest of the session - 1m42.872s.

Max Verstappen was one of the last to do a qualifying simulation run on softs, slotting into fourth place 0.252s behind Hamilton.

Bottas, who had an early trip up the escape road on his first flying lap of the session, ended up two tenths further back and comfortably ahead of the Toro Rosso of Daniil Kvyat.

Kvyat hit a power steering problem on his out-lap, leading to him returning to the pits for it to be changed.

He eventually rejoined the track in the second half of the session, setting a time 1.305s off the pace to pip McLaren's Carlos Sainz Jr to fifth, only to crash and cause a nine-minute red flag with 26 minutes remaining. 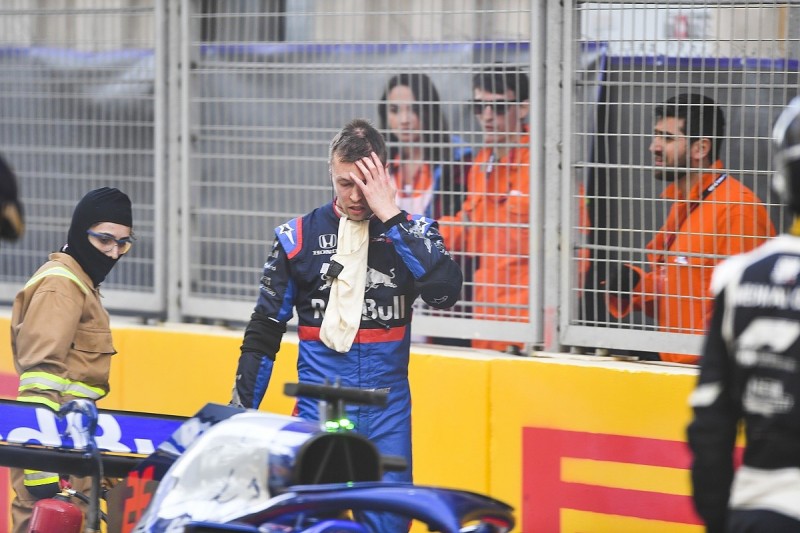 Kvyat lost the rear in the Turn 7 right-hander, sliding into the wall and hitting initially with the left rear, then the left front.

Alex Albon made it two Toro Rossos in the top eight, just 0.033s slower than Sainz and 0.022s quicker than the Red Bull of Pierre Gasly - the latter having a couple of trips up the escape road during the session.

McLaren driver Lando Norris had an off at Turn 3 on what should have been his first push lap, but on his second set a time good enough for 10th place, 1.423s down.

Daniel Ricciardo had a difficult session, which ended prematurely once he had run out of tyres - not helped by flatspotting a set of softs with a major lock-up.

He was still quick enough to secure 15th ahead of the second Haas of Romain Grosjean, with Renault team-mate Nico Hulkenberg down in 17th.

Stroll's early pace on mediums was good enough for 18th place ahead of the Williams of Baku debutant Robert Kubica - with the Racing Point team close to getting the Canadian back out at the end of the session but not quite making it.

George Russell did not participate after his morning accident, as monocoque damage means his car is now being rebuilt around a spare.