Former Red Bull, Sauber and BMW engineer Tim Malyon has been named as the FIA's first head of research, with a focus on safety issues

The appointment gives the governing body some valuable engineering expertise after it lost key employees Marcin Budkowski and Laurent Mekies to high profile jobs with teams over the past couple of seasons.

Malyon will be based at the safety department in the FIA's Geneva office. The governing body says that the role "has been created to oversee the growing number of safety research projects undertaken by the FIA.

"In addition, Malyon is tasked with managing the FIA's research groups and associated working groups, as well as an increased focus on accident investigation."

He has already chaired the most recent meeting of the Research Working Group, which covers safety issues in all forms of motorsport. 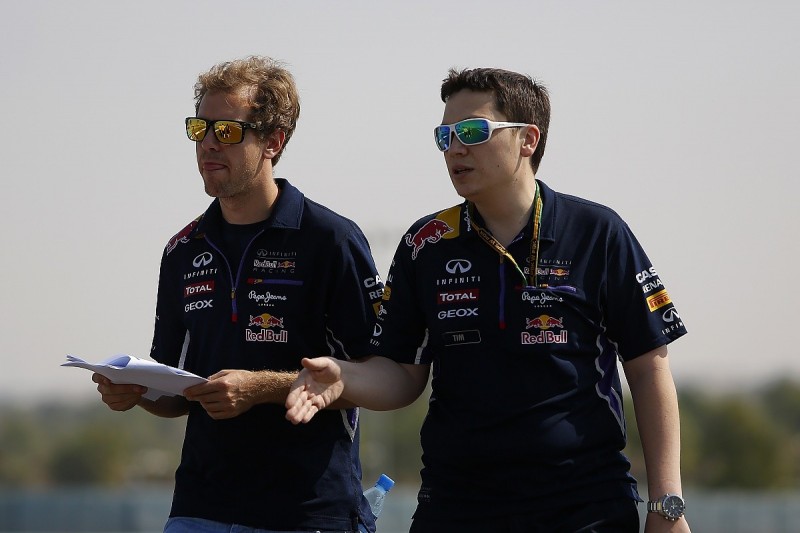 A graduate of Leeds University, Malyon (pictured above with Sebastian Vettel) worked at Red Bull in a variety of roles for 12 seasons, having originally joined the team when it was still known as Jaguar Racing. He was part of the race engineering team from 2008 to 2014.

He joined Sauber as head of track engineering at the start of 2016, before leaving after just five months to BMW to work as chief engineer of its DTM programme the following year.

His most recent role was as BMW's head of track engineering, with a focus on the Formula E project.

"I'm really proud to be joining the FIA as its first head of research," said Malyon.

"I know safety in motorsport is paramount for the FIA, and this is a great opportunity to bring my engineering experience to this essential work."

Why Ferrari had an unusual advantage on Friday