The event currently pays one of the biggest fees of any race on the calendar, a move that was necessary to convince former F1 supremo Bernie Ecclestone to give the grand prix his blessing and convince teams it would be financially worthwhile.

A 10-year deal - with a break clause after five years - was agreed, and Azerbaijan is committed to the current arrangements for the next two years, which will see out the first half of the original contract.

But organisers want a more favourable deal for the second five-year term from 2021-'25, which comes in the wake of a similar move from Hockenheim, whose contract to host the German GP in alternate seasons ends this year, and news that the Miami race will have a new style of risk and revenue sharing deal.

"We have a contract which is a binding contract for five years, for five races, starting in 2016," said Azerbaijan promoter Arif Rahimov.

"Neither of us can break it unless we agree to break it.

"We have't triggered the break clause. We're negotiating on the second part of the contract.

"We all know we need to improve bits, so we're trying hard to make sure that it's good for us and good for F1."

More information about what races pay has emerged since Liberty took over the running of F1, giving promoters a better idea of what other events typically pay. 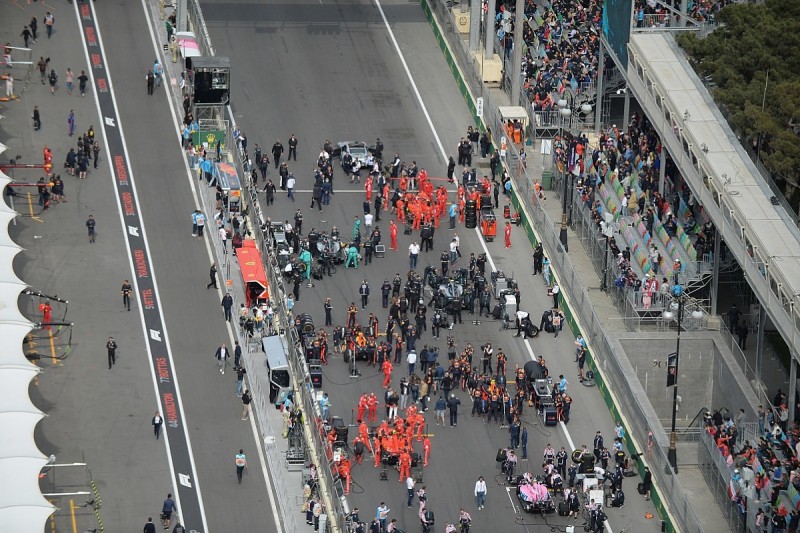 "In general we want to be close to the average," added Rahimov. "Now that it's public information I think everyone knows what the average is.

"You have a few outliers to remove from both ends, statistically speaking, but obviously we want to be close in that mid-range of flyaway races.

"We cannot just take the average of all the races, because European races pay less for a lot of reasons, starting from logistics and cost of operation.

"But we do definitely want to be there in the average of the flyaway races.

"That's not the only thing we're discussing with FOM, it's most of the other commercial terms in the contract too. They want to try a new approach, it's a bi-lateral effort to make it viable for all of us.

"We will try to get it sorted before the end of June, so I think we'll come to some agreement.

"I'm asking for an improvement which is eating into their profits, it's quite obvious."

Rahimov was keen to dispel rumours that the arrival of the Miami GP in 2019 could lead to Azerbaijan being dropped, with some suggestions that the Baku pit and paddock infrastructure would be shipped to Florida.

Azerbaijan is also keen for its race to return to a June calendar slot after this year's race was switched to April.

Blasting around Monaco in a classic Williams