The Austrian GP finally kicks off the 2020 Formula 1 season this weekend. The race hasn't always been part of the calendar and made its first comeback in 1997. Ahead of that race, 1976 winner John Watson tried out the circuit for the 29 August 1996 issue of Autosport magazine and shared his thoughts with BRUCE JONES

You could hear the cheers and yodels from miles around. The news that the Osterreichring was to return to the grand prix calendar in 1997 left those still mourning the loss of the great race track of the 1960s and 1970s dancing in the pitlane.

The 77-lap parade that was the recent Hungarian GP was a sharp reminder that the sight of contemporary Formula 1 cars flashing once more through the Austrian Tyrol would have been a refreshing change.

But the Osterreichring that was, is not the Osterreichring that will be. After an extensive facelift and tummy tuck, the track has been relaunched and rechristened the A1-Ring. To mark its return on the GP tour, its owners invited 'local' F1 team Sauber and Johnny Herbert to show 1976 Austrian GP winner John Watson what has changed. What's more, Wattie was to have his first thrash in a GP car since 1993.

For John, the opportunity brought with it double demands: coming to terms with the performance of a modern F1 car matched with having to rapidly pick up the lines and braking points of what is a much-changed circuit.

"I did manage to get a recce in a road car before climbing aboard the Sauber," says Watson. "I did one lap in the Sauber before a warning light forced me to stop. Given the all-clear, I did my five laps, finding the car straightforward with its normal pedal layout and no clutch levers. The steering was user-friendly in every way. 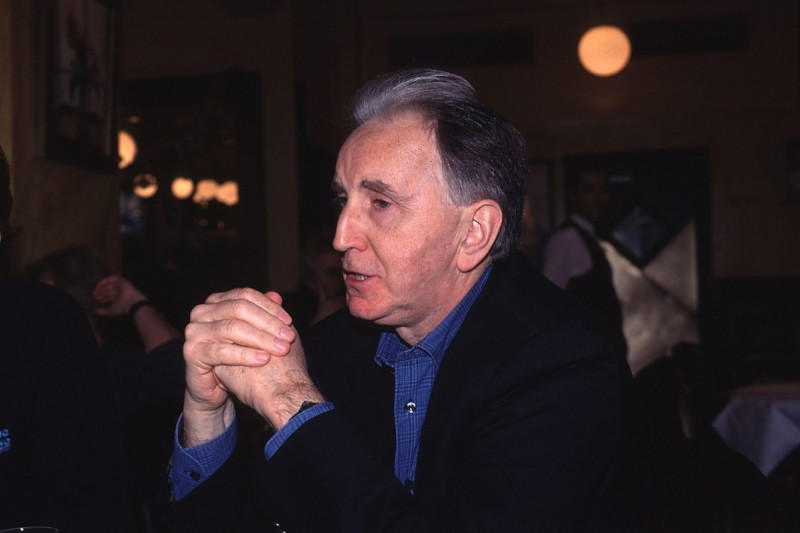 "The A1-Ring is easy to learn, but it takes more than five laps if you're getting used to the car at the same time. It certainly made me appreciate what Jacques Villeneuve has faced this year [in his rookie F1 season].

"It's possible that racing can be an emotional occupation. But, ultimately, it has to be a pragmatic one. You need to be able to detach emotion and deal with everything in a logical way. And this was the approach I took. It's a matter of self-confidence, belief and pragmatism.

"And you need to believe that you can make the car do what you want it to do, rather than allow emotion to dominate. Jonathan Palmer did a 1m24s, I did a 1m25s and Marc Surer a 1m27s, whereas Johnny did a 1m17s after 20 laps.

"The track isn't a shadow of its former self. It isn't so bad in terms of a modern-day track" John Watson

"What I hadn't expected is that the aerodynamic braking effect is far greater than I remember it. Lift off and the car stops. Added to that, the brakes being excellent, and it's hard in just a handful of laps to determine your braking zones. I was slowing too much and too early."

Nevertheless, five flying laps of the A1-Ring gave Watson a fairly good idea of just how the track has stood up to the effects of the bulldozers and gravel trap diggers.

"The track isn't a shadow of its former self," he says regretfully. "The first corner, a right-hander after a short climb, is 200 metres before the old Hella-Licht chicane (below, in 1983). Then there's a long climb to the second corner, steepening on entry so that you brake into the slope and hook first gear.

"Then it's downhill in sixth to the old Boschkurve (now called the Gosser Kurve), which has been changed from a fourth-gear corner in the days of five-speed gearboxes to third gear with a six-speed 'box. 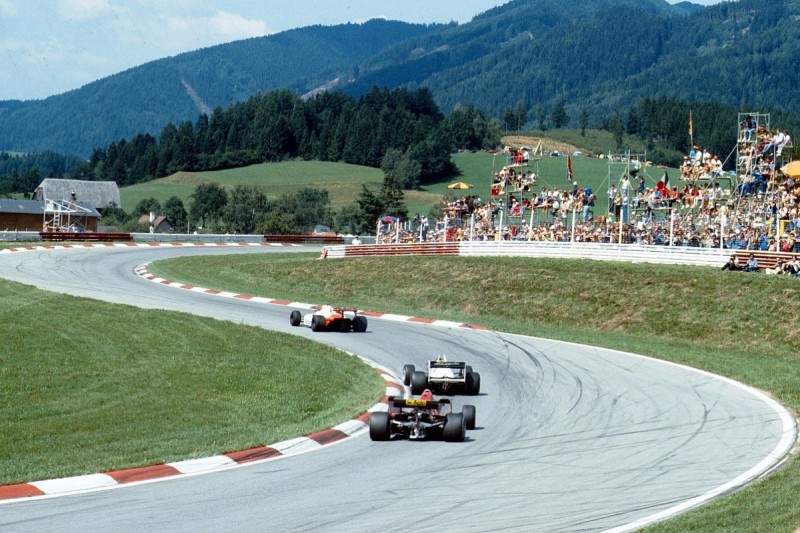 "The next two corners have kept their character and can be taken in fourth. They are not as quick as they were, but similar.

"Then you double back up towards the Rindt Kurve. They seem to have flattened the crest that used to make your car light. The new Rindt Kurve is the fastest on the track, and you see 175mph on its approach. Taken in fourth, it's the one corner that makes you think what a great feeling it is to be an F1 driver.

"Then comes the tricky right-hander on to the pits straight, taken in third. It will be better when the track has more rubber down.

"The pitstraight has been widened. There used to be the pitwall on the right and no runoff on the left, and it narrowed, which made it like a funnel and led to the multiple shunts in 1987. Now it's of uniform width.

"In effect, the A1-Ring is square with an infield loop, and it's shorter than before. But this isn't so bad in terms of a modern-day track, because commercial elements want the cars to pass by their hoardings more frequently. A grandstand is being built at the first corner that should enable fans to see more than half the track."

And what of that great hope - overtaking?

"Well, as I have a reputation as a great overtake, I'd say there would be no problem..." believes Watson. "But, the problem with overtaking is not the circuits, rather the regulations and the way the designers have evolved downforce around a set of rules that need to be changed. 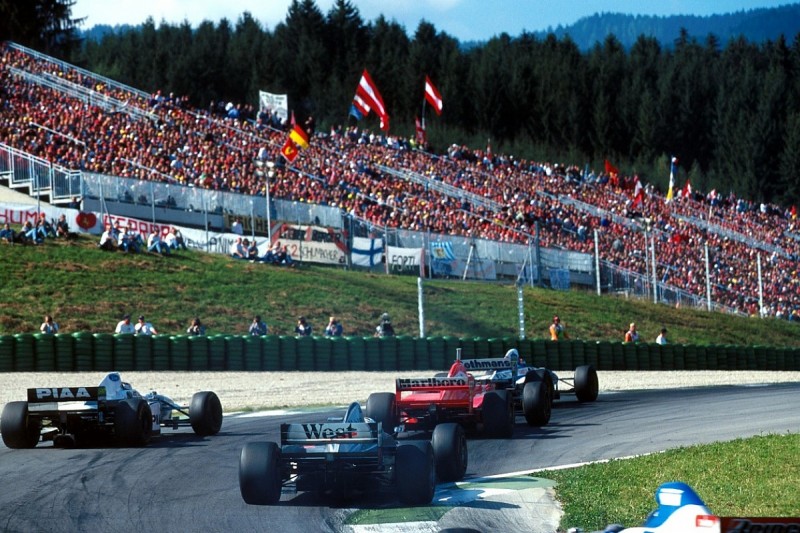 "We now have cars that are very sensitive to aerodynamic change, particularly when running behind another car, which makes it much harder to get close enough to a car ahead to get a run on it out of the corner.

"I felt immediately that this wasn't the circuit on which I scored my first GP win: it's too different to mistake it for that. I can feel positive about the place as long as I consider it is a new circuit that just happens to be on the same site" John Watson

"I reckon there are three overtaking points on the A1-Ring. But I bet the same problem F1 has elsewhere will exist here: you'll be braking so late that, along with the problem of getting a run out of the previous corner, passing will be very difficult.

"Each generation misses out on the great tracks enjoyed by the previous generation. Maybe people will look back and say today's crop were mad for racing on the A1-Ring...

"I went out in a positive frame of mind, but I felt immediately that this wasn't the circuit on which I scored my first GP win: it's too different to mistake it for that.

"I can feel positive about the place as long as I consider it is a new circuit that just happens to be on the same site."

Villeneuve's Williams won the first Austrian GP on the A1-Ring, after fast-starter Mika Hakkinen's McLaren had blown up and the Prost of Jarno Trulli had led for 37 laps.

The circuit had its share of ups and downs - a high being the dramatic 1999 race and the low being Ferrari's unpopular team orders move that meant Rubens Barrichello pulled aside for Michael Schumacher to 'win' in 2002 - a repeat of their exchange for second in 2001 - before falling off the F1 calendar following the 2003 race. 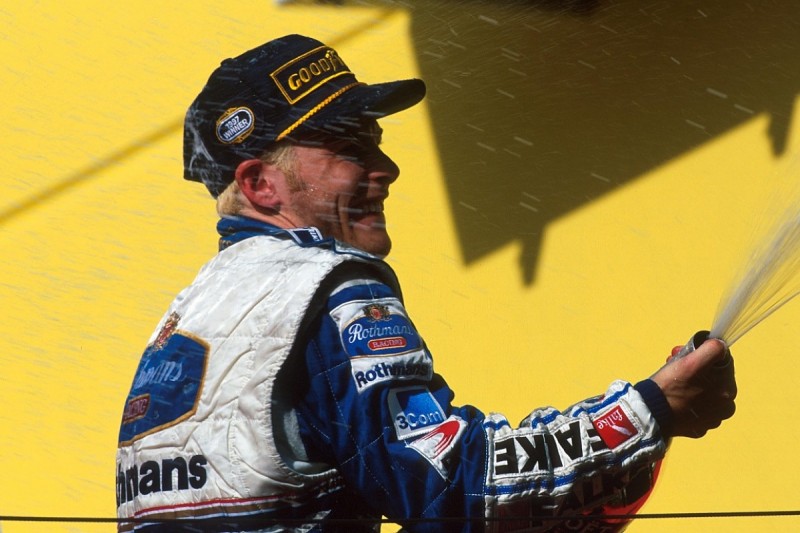 Red Bull boss Dietrich Mateschitz subsequently bought and rebuilt the venue, and the renamed Red Bull Ring brought the Austrian GP back to the world championship in 2014.

During the DRS era, the circuit has provided some memorable F1 races, perhaps the best of which has so far been the 2019 race, which made Autospot's list of the best races of the 2010s.

Charles Leclerc was on course for his first win, but figured without Red Bull's Max Verstappen, who recovered from a terrible start to controversially overtake the Ferrari driver in the closing stages. 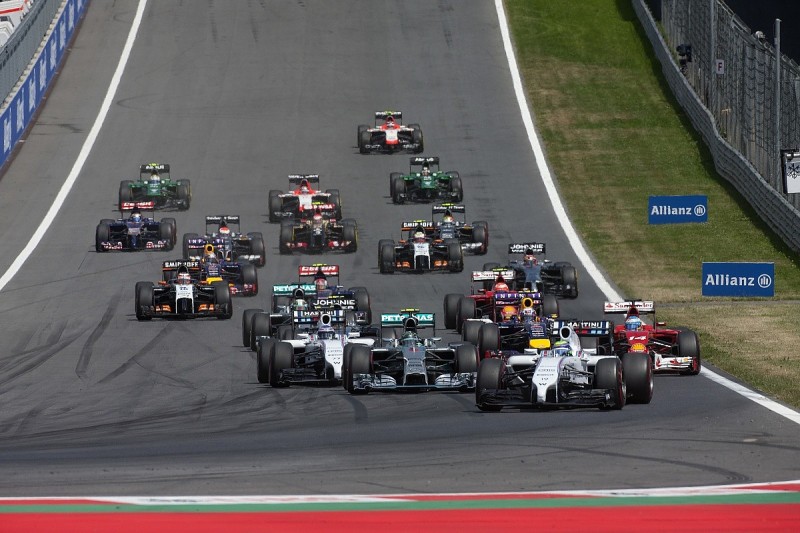