Lewis Hamilton and Nico Rosberg gave Mercedes another front row lockout at the Red Bull Ring, while Ferrari's Sebastian Vettel was third, 0.355 seconds off the pace, and Kimi Raikkonen 18th.

"We're surprised Sebastian wasn't closer in qualifying today," said Rosberg. 'We were expecting them to be pretty quick.

"In terms of race pace, they're going to be very close to us for sure, so it's good to be starting in front of them."

Wolff agreed but added that Ferrari's decision to try and do it's best qualifying time on the first lap of a run, rather than the third like Mercedes, may be a reason for the gap.

"The gap is bigger than expected," said Wolff. "I was a bit surprised by the strategy.

"We learned over the weekend that we needed a second or even a third lap to get the tyres in the operating window.

"Ferrari decided to go the other way, with the first lap.

"I don't know if this is the reason why we have more gap than expected."

However, Wolff suggested Ferrari would be closer in the race following its strong long-run pace during practice.

"You can't really say what will happen tomorrow, because the long runs look pretty difficult for us," he said.

"The Ferrari was the quickest car this morning and yesterday afternoon.

"Yes we have a front row lockout but if you look at the gaps, and also because of the shortness of the track, I'm not feeling as confident for tomorrow as the feeling I've had the last couple of races." 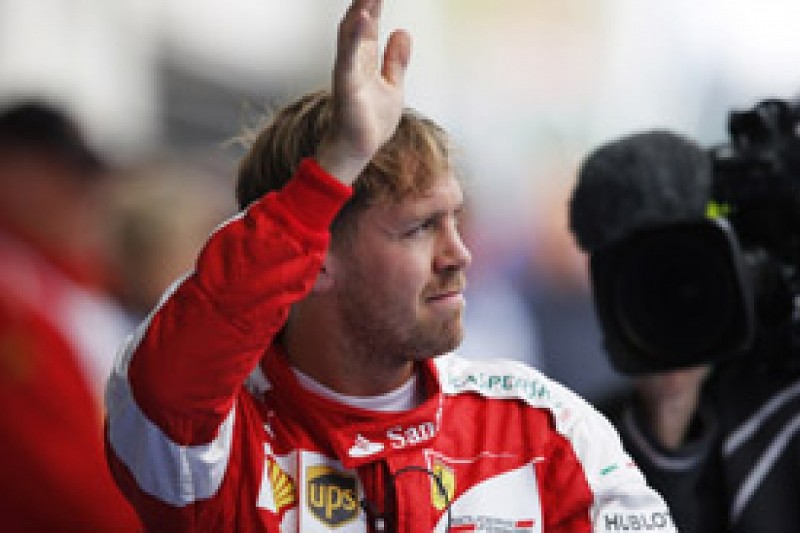 Vettel said while he was unable to match Mercedes in qualifying he hoped Ferrari would be closer in the race.

"We're always ready, we always fight and obviously wait for our chances," he said.

"So far it's been quite difficult because they've been bloody quick but yeah, we'll try tomorrow.

"Hopefully we can be a bit closer. We know that qualifying doesn't match the race, so we're ready to attack and try our best."

When asked about Ferrari's qualifying strategy, the German said: "We were fast, we were happy on the first lap.

"I think in the end you do what you feel is best for you so that seemed to be the best for us."