Mercedes' Lewis Hamilton topped the times in a rain-hit second Formula 1 practice session at Austin on Friday afternoon, ahead of this weekend's United States Grand Prix

A few hardy spectators had hung around at the track in the hope of seeing some running but they were not rewarded until Brendon Hartley took to the track in his Toro Rosso 47 minutes into the session, with more drivers soon following.

The Frenchman ran on a fresh set of intermediates and reduced the deficit to Hamilton to just 1.012s at the end of the session. 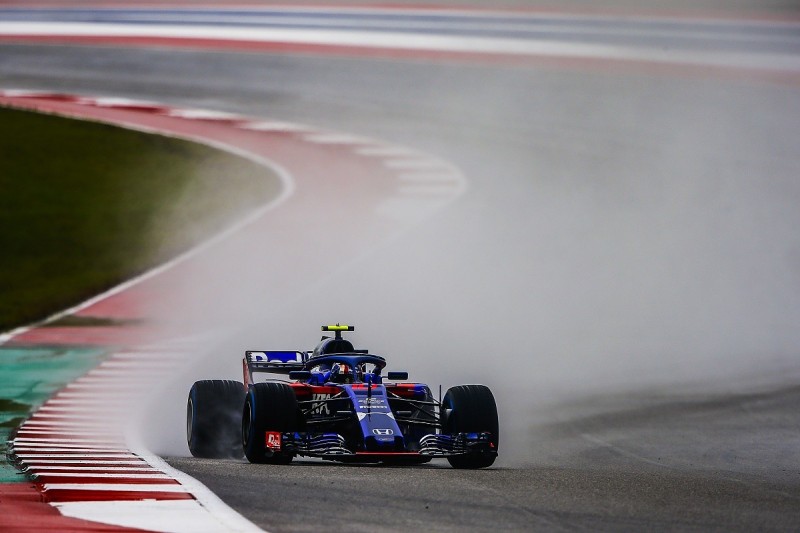 Red Bull's Max Verstappen was third quickest ahead of Fernando Alonso, Nico Hulkenberg and Brendon Hartley. The Toro Rosso driver ran more laps than anyone else - 19 in total.

Ahead of him were his Ferrari team-mate Kimi Raikkonen, Stoffel Vandoorne's McLaren and the Sauber of Marcus Ericsson in seventh.

With more rain forecast for Saturday, teams preferred to save their wet and intermediate tyres for qualifying day.

Haas says his team is racing in 'Formula 1.5' behind F1's big three