Haas says his team is racing in 'Formula 1.5' behind F1's big three

Gene Haas feels his team in racing is 'Formula 1.5' because the advantage of the top three outfits makes them seem like they are in another category

Although Haas is battling with Renault for fourth place in the constructors' championship, the team owner is downbeat about the potential of ever being able to do much better.

"I feel we are not really racing F1, we are racing F1.5," he said at Austin ahead of the United States Grand Prix.

"So if we were to finish fourth that would be a win in our series."

Haas said when he follows races at home he is shocked about how easy it is for the top three teams to come through the pack and pull clear.

"When I watch some of the races, and see how fast the top three teams just blow by on the race track, you are just somewhat aghast and like 'wow, how did we miss that?'" he explained.

"I don't know how those cars are so much faster.

"I know that we put a huge effort into trying to address all those parameters, but I don't see how we are ever going to make up 1.5-2 seconds off these guys. They are just so much faster: it is evident right?"

One hope many midfield teams have about the gap to the front reducing in the future is that a proposed budget cap, scheduled to come in for 2021, should lessen the money available to the top outfits. 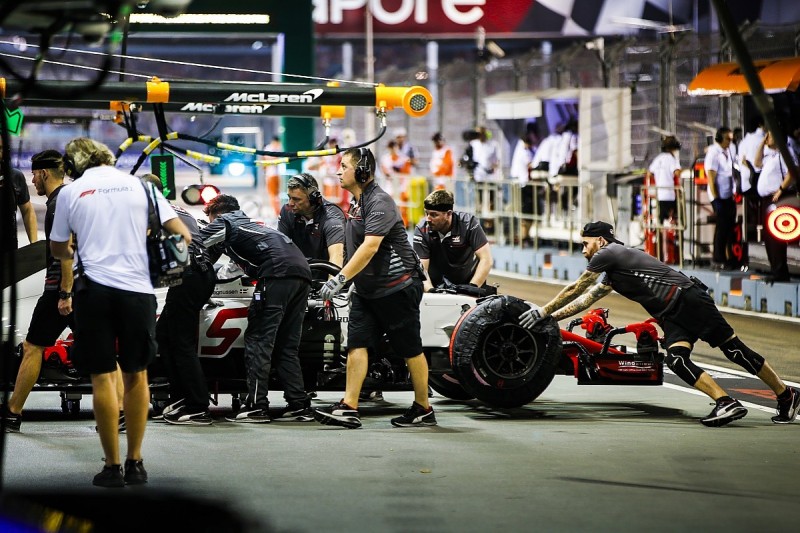 Haas said he hopes such predictions are correct, but he does not think the difference will be enough to completely wipe out the gulf between the top three outfits and the rest.

"Will [a] budget cap help? Probably," he said. "If it reduces the size of their R&D department, I guess for every person we have, they have five people.

"Personally I think that those five people would make it more confusing, but it does seem to work.

"And if there is anything that can reduce that gap, the technology they have and what we don't have, that would probably be very helpful.

"How you go about doing that without the bigger teams somehow having workarounds I don't know, but there is something wrong.

"I don't think we can ever make up that gap."

US GP: Ferrari's Vettel summoned for offence under red flag in FP1