Vettel was summoned to the stewards for not responding appropriately to a red flag period in the opening practice session at Austin on Friday.

Practice one was interrupted by a red flag when Vettel's 2019 team-mate Charles Leclerc spun his Sauber and rejoined the track by going through the gravel, bringing stones onto the track.

The red flags were thrown so marshals could clean the circuit but the stewards deemed Vettel did not proceed slowly enough between marshalling sectors six and seven, which is the end of the esses and just before the part of the track that had been dirtied.

They have thus hit Vettel with a three-place grid drop and two penalty points on his licence.

A grid drop was expected after Racing Point Force India driver Esteban Ocon was penalised three places on the grid for the previous race in Japan for failing to slow sufficiently for red flags in practice.

The stewards noted that this offence is an "extremely serious matter" and the penalty is applied to be consistent with previous rulings. 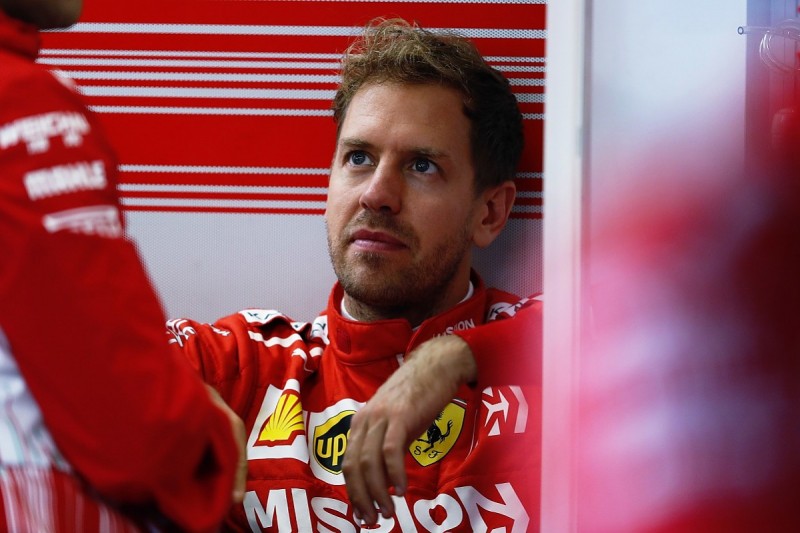 Vettel's grid penalty, which means he will start no higher than fourth, is a blow to his already faint title hopes.

He must not be outscored by Lewis Hamilton more than seven points to prolong the championship battle.

Hamilton leads Vettel by 67 points, is on a four-race winning streak and was quickest in both wet practice sessions on Friday in the US.

If Hamilton wins on Sunday Vettel will need to climb to second to stop his rival clinching the title.