Despite the arrival of a much-vaunted B-spec ‘green Red Bull’ aerodynamic upgrade deployed by Aston Martin at the Spanish Grand Prix, the team has still languished among the tail end of the points-paying positions.

The team hopes the arrival of a fresh spate of parts at Silverstone might help to turn around its fortunes.

Firstly, the changes made by Aston Martin for Silverstone are not on the scale of the developments seen in Spain. They are more about optimising the airflow conditions set out by those upgrades the team probably hasn’t seen the best of yet.

As we’re starting to see from a number of other teams, the amount of aerodynamic furniture employed around the cockpit continues to increase. In Aston Martin’s case this has resulted in the introduction of a small fin behind the mirror assembly (below, blue arrow), in-line with the fin that’s already found a home just inboard for some time now.

The taller outwardly angled fin beside the halo’s rear mounting point has also been switched out for something shorter and longer (red arrow) and the droopy winglet mounted on the side of the halo transition has also returned having been absent for a number of races (white arrow). 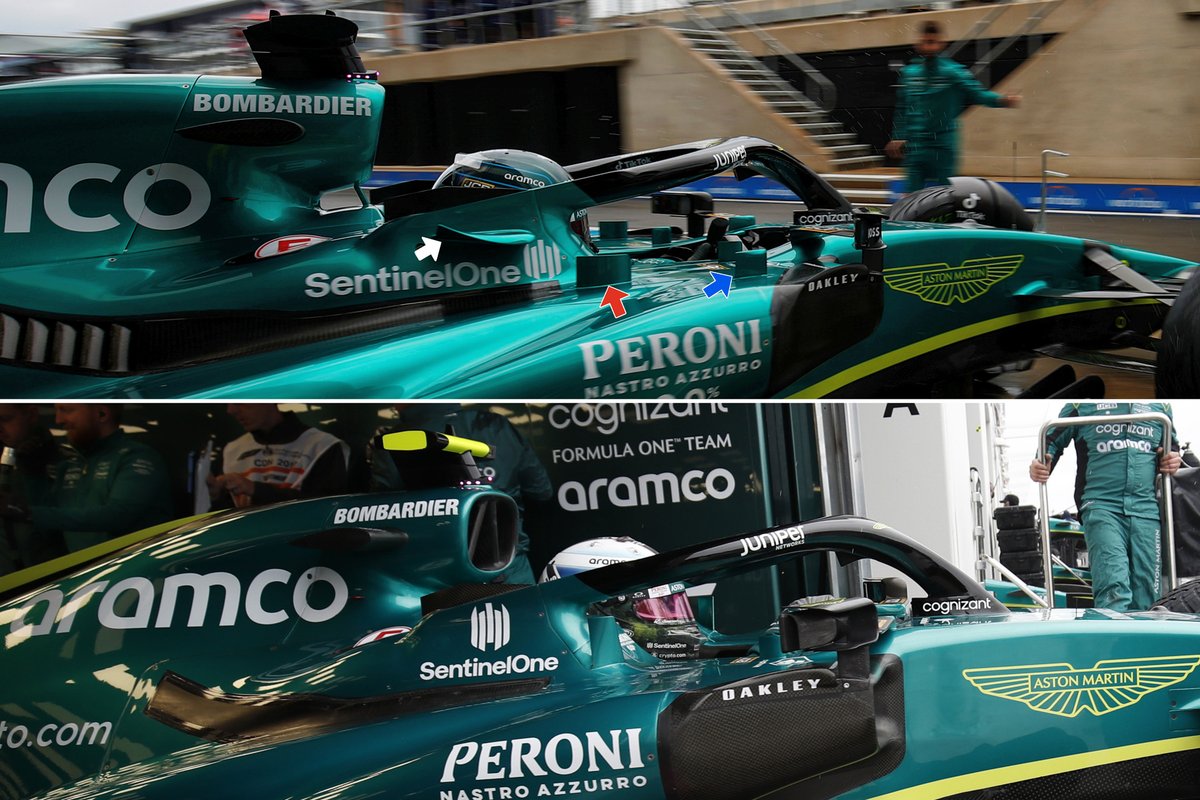 The team has also made changes to the floor strakes and the geometry of the floor’s edge in an effort to maximise local load and flow management. An interesting new development has appeared on the inboard rear brake duct fence, which is now home to a collection of small winglets that will alter the course of the airflow and add a nominal local load of their own (below, inset).

The team has also made amendments to the beam wing to trim it for the desired downforce and drag levels needed at Silverstone, with the tips of the elements de-powered as a consequence. 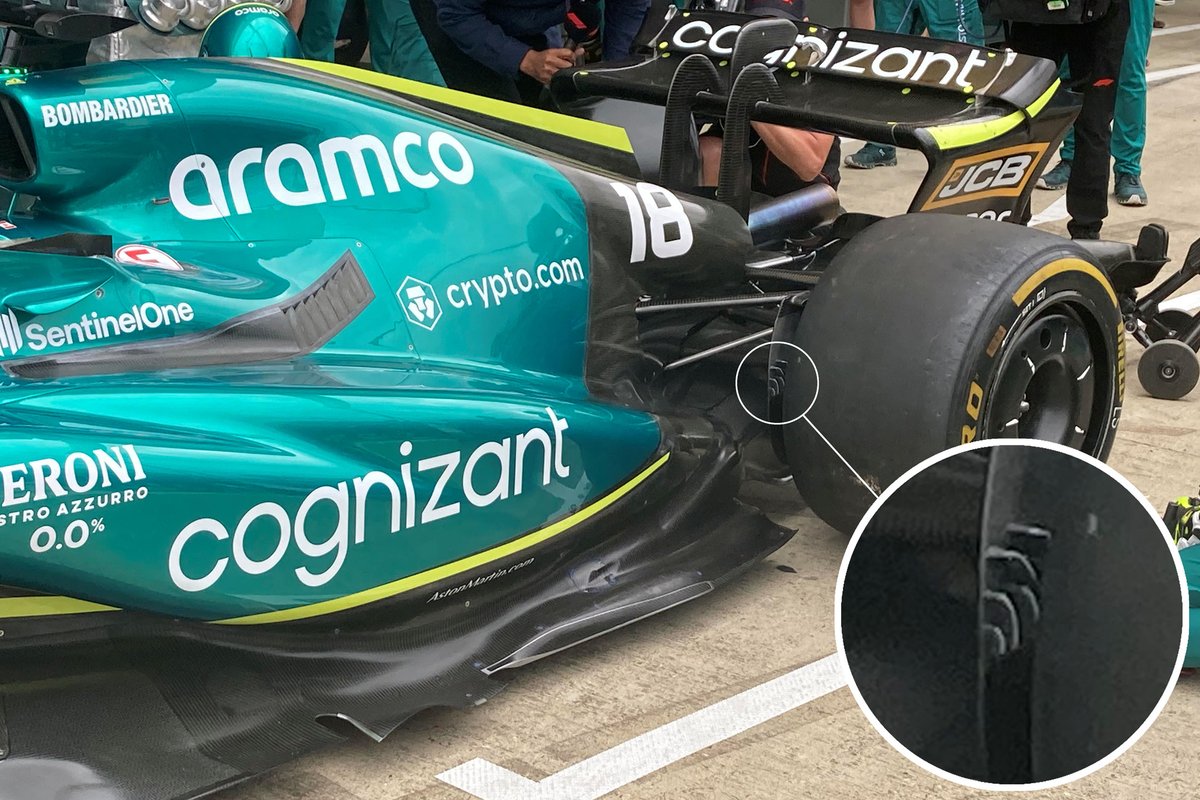 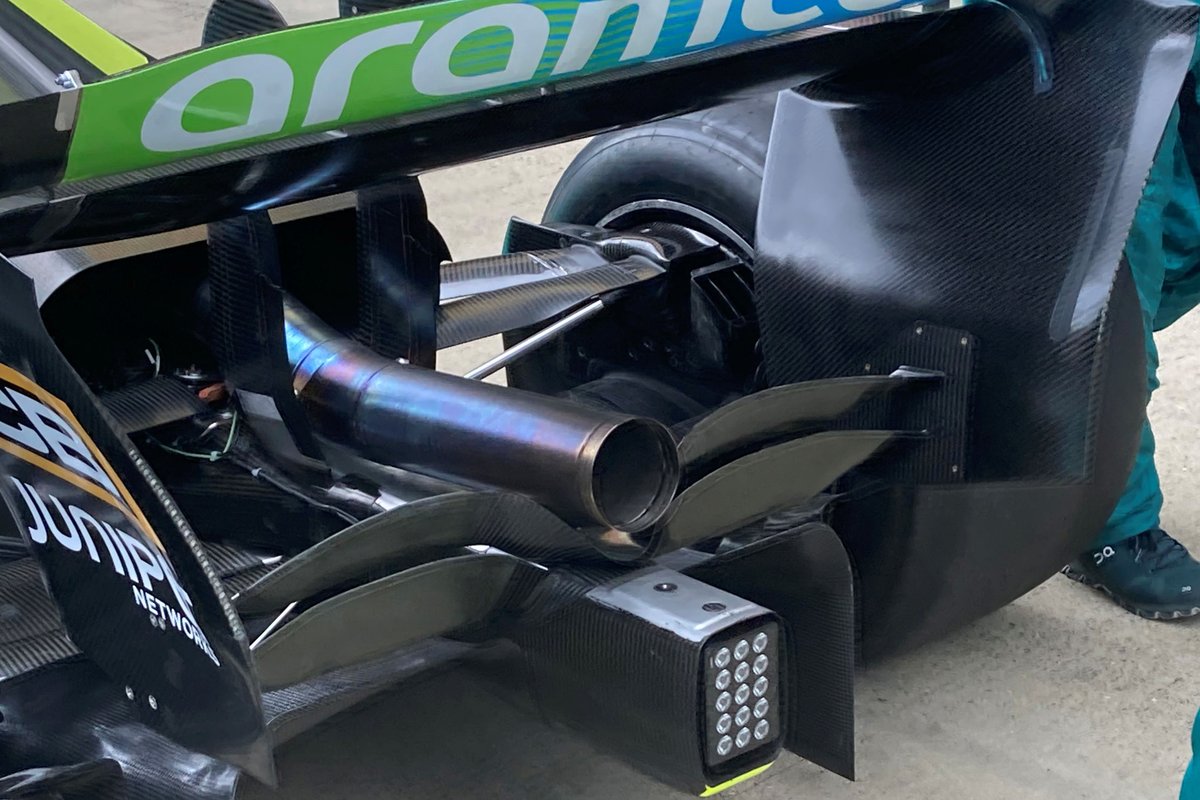