Aston Martin remains uncertain if Sebastian Vettel will be cleared in time to race in Saudi Arabia after missing the Bahrain Formula 1 season-opener due to COVID-19.

Four-time F1 world champion Vettel tested positive for COVID-19 last week, prompting Aston Martin to announce on Thursday he would be missing the Bahrain race and that Nico Hulkenberg would be standing in.

Vettel was the second F1 driver to test positive in the space of two weeks. McLaren's Daniel Ricciardo was forced to miss the Bahrain pre-season test after contracting COVID-19, but returned for the race weekend.

Speaking after the race in Bahrain, Aston Martin team principal Mike Krack said that while Vettel seemed to be improving, it remained unclear if he would return in time for the Saudi Arabian Grand Prix this weekend.

"But we do not know. We will see how he goes for the next days. We hope he will be back soon."

Krack added that Vettel had to follow both Saudi Arabia's COVID-19 protocols and the internal ones at Aston Martin before he could return.

"If he has a negative test, it will be easy. Better to get it now than in two weeks' time." 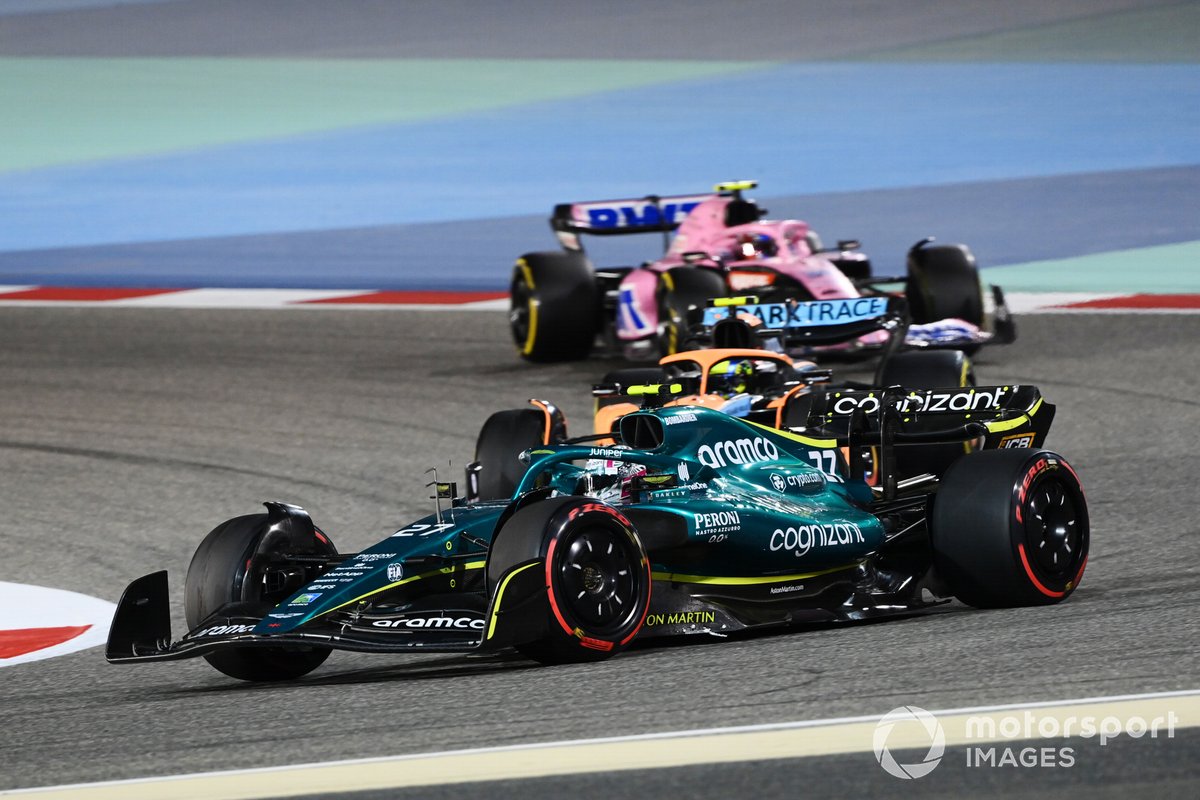 Aston Martin reserve driver Hulkenberg was drafted in at short notice, flying to Bahrain on Thursday before driving the car for the first time in practice on Friday.

It marked Hulkenberg's first F1 start since the Eifel Grand Prix in 2020, when he deputised for Lance Stroll after the Canadian tested positive for COVID-19.

Asked by Autosport if he had any indication about racing in Jeddah, Hulkenberg said: "No, not yet. I don't know.

"I'm just going anyway on standby and as a reserve, and I guess we'll we'll find out on Thursday or Friday."

Hulkenberg outqualified full-time Aston Martin driver Stroll on Saturday, but ended up down in 17th as the last running finisher in the race.

"The beginning was okay. But I was just hanging on, it was tough for me.

"Once you're out of that mode of just running with new, fresh tyres and know the limitations become more, you have to manage and understand the car a lot more. So that was difficult.

"[It was a] big learning experience today. So we went OK, I think then I tried to overtake someone, outbraked myself a bit into Turn 1. And from there onwards, it was kind of a downward spiral.

"I got lapped quite soon, and you just fall back and back more and more. But yeah, it was what it was."