Finishing third in 2014 marked a revival of fortunes, built on efficient car design and the strength of the Mercedes V6 engine.

Last year's ultimate result was the same, but the journey to get there was significantly tougher.

Amid Ferrari's own revival after a disastrous 2014, Williams slipped further away from current frontrunner Mercedes.

There were five fewer podium finishes to celebrate, and some races, such as Monaco, Hungary and Abu Dhabi, where Williams looked decidedly midfield.

Remaining in the top three is the target, but there is every reason to think achieving it is going to be tougher than ever.

THE THREATS FROM BEHIND

Depending on the performance and reliability of its interim TAG-badged Renault engine, Red Bull could pose a serious threat to Williams this year.

The quadruple champion team finished ahead in 2014, and arguably ended last season with the most capable chassis on the grid.

McLaren-Honda was a complete disaster in 2015, but the chassis improved markedly, and the partnership should shoot up the order if Honda can make the sort of improvement we saw from Ferrari last winter.

Then there is last year's late-season dark horse to consider.

Force India was the strongest Mercedes customer team in the 2015 Abu Dhabi finale, and scored just nine fewer points than Williams across the final nine races of the year.

"What we saw from Force India towards the end of the year you could put a little bit down to the fact they carried on developing their car when other people had stopped," Smedley told Autosport.

"But a lot of it is hard work, and they were working smart - making fewer mistakes, learning how to run their car very well, and that's been a key development for them.

"It will give them a lot of confidence going into 2016.

"Ferrari are so much stronger now, Red Bull are a strong outfit regardless, and other teams that were behind us are getting their acts together.

"You've got to go into the season thinking everybody can beat you; once you get complacent you're on a hiding to nothing."

The FW36 and FW37 were decent cars, but both were found wanting on twisty circuits and in wet weather, and sometimes unable to get the Pirelli tyres working consistently.

Williams has put a lot of effort into fixing those weaknesses, which do not appear to afflict its nearest rivals so markedly, but work in this area is complex and ongoing.

New rules mandating a greater range and choice of tyre compounds will only add to that challenge.

"The effort going into that area is unabated," confirmed Smedley.

"One thing I absolutely hate in life, even though I can do it with humility now I'm in my forties, is losing.

"I hate to go places like Monaco and look bad; I hated Abu Dhabi, because we just looked bad.

"I felt personally responsible for that, and that's why I've put in so much effort, because it's something we need to sort out."

WORKING HARDER THAN EVER

Consistent results over the past two seasons have revived belief within Williams that it can be a frontrunning F1 team again.

But the technical leadership knows everyone within Grove will have to work harder than ever this year just to consolidate its current status, never mind take the next step and challenge for victories.

"For us to achieve third in the constructors' again, as a minimum, will be an order of magnitude more difficult than it was in 2014 and '15," Smedley warned.

"We pretty got much all of the low-hanging fruit in 2014; 2015 was more difficult, because there was less of it.

"2016 is diminishing returns again, and at the same time we're trying to introduce new development methodologies - that's a key part of how we're going to make steps forward.

"I have to concentrate on that much more now, because operationally - apart from silly mistakes that all teams do when you're running at breakneck pace - there are no major flaws now.

"It's not easy, because the competition is getting so much harder, and for the effort and development we put in, the returns are so much smaller.

"We took some strategic decisions in 2015 in order to begin the development in earnest on the 16 car, and all we can do is hope that gamble has paid off." 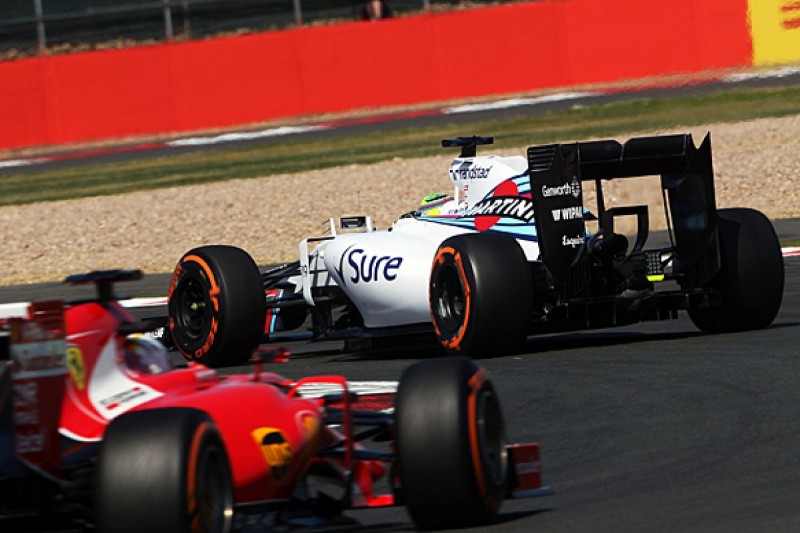