Analysis: What BBC cuts could mean for Formula 1 on UK TV

The BBC has released plans for its latest rounds of cuts, and a hefty sports budget reduction raises questions over Formula 1's remaining free-to-air television coverage in the UK

The broadcaster wants to save £150million due to a funding shortfall arising from a drop in the number of people owning a television and a loophole, which the government has committed to close, allowing viewers to watch the iPlayer without a licence.

The current shared agreement with Sky, which runs until the end of 2018, means the BBC screens half of the grands prix live and the remainder as highlights.

In its current financial position, it would not be a surprise if the BBC sought to renegotiate the terms of the contract, especially as it did so with its last deal back in 2011.

On that occasion, the BBC had been the UK's exclusive F1 broadcaster since 2009 and was set to continue until the end of '13, but amid a previous cost-cutting push it requested to end that deal two years early in favour of the collaboration with Sky.

THE CHALLENGE FACING THE BBC

The BBC simply has less money to play with in a world where the cost of TV sports rights is going through the roof. Understandably, it is finding it difficult to compete.

Earlier this year, BT Sport paid close to £1billion to secure rights to the Uefa Champions League and Europa League.

The BBC says £35million needs to be saved from the TV sports rights budget and it has already wielded the axe.

Having lost the Grand National, shortly followed by its entire horse racing portfolio, and the Masters golf as live events in recent years, the BBC was this year forced to relinquish exclusivity on rugby's Six Nations and golf's Open Championship.

It is understood the new highlights-only Open deal has saved the BBC approximately £10million per year while the Six Nations-split deal with ITV has saved around £15-20million.

Those savings will be put towards the £35million target, but it is also worth noting that the corporation has spent around £11million per year more on securing the Match of the Day contract extension. There is also the new Wimbledon extension to consider.

It is believed the BBC pays in the region of £12-14million per year for F1 under the terms of its current deal.

THE FUTURE OF F1 ON THE BBC

The immediate reaction to the cuts is that F1 is at risk but that is not necessarily the case and Autosport understands no decision has yet been made.

F1 is very important to the BBC and it fought hard to find a way to keep the championship in some form in the last round of negotiations.

The BBC is in constant talks with F1's rights holder, as is the case with all the sports it is involved in

It is understood discussions about the next deal were set to accelerate next year, given the end of the contract is approaching.

Along with its TV rights, there are the radio and online rights to consider, too, with BBC Radio 5 Live broadcasting every race live.

Earlier this year, and for what it's worth, F1 boss Bernie Ecclestone said he hopes the BBC does not walk away from the championship. 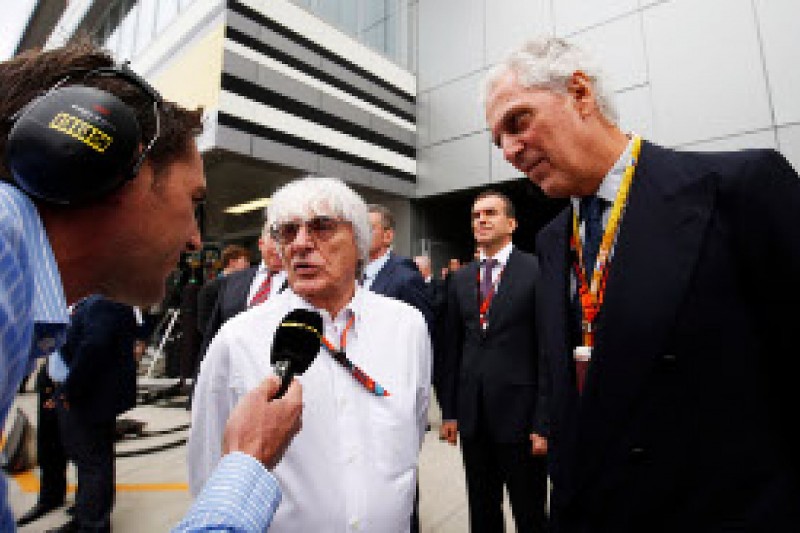 He even suggested keeping F1 on free-to-air TV in an era of dropping viewing figures took precedence over financial considerations.

"I hope they continue," he said in August. "We're not interested in the money.

"We're interested in entertaining the public and doing a service. That's what we are there for.

"The continuation of the Sky/BBC deal would be good.

"It works at the moment so there is no reason why we should change.

It is plausible that the BBC could save a substantial amount of money and keep F1 by moving to a highlights-only package.

That could mean a return to the days of a small production team on the ground, which included a pitlane reporter, and the main show presented from a studio back at base.

That is the model American broadcaster NBC uses, with bigger teams drafted in for its home event and three other races it shows free-to-air.

The BBC already broadcasts a number of sports, including tennis and cycling, using this format.

That would leave Sky as the exclusive live broadcaster, though it is understood F1 has been the subject of consideration for BT Sport.

It should also be noted that the BBC has increased its links with BT Sport of late, jointly holding rights to the FA Cup and grass court tennis tournaments ahead of Wimbledon, plus it screened an edited version of The Clare Balding Show.

There have been concerns from the fans on social media about the impact the mooted phasing out of the Red Button would have on its F1 coverage.

The platform shows the post-race F1 forum and has been used for other F1 programming such as archive material.

The corporation continues to push its BBC iPlayer platform and therefore could provide a home for those shows, along with its website - which already streams the post-race F1 Forum live.

WHAT THE BBC SAYS

"We have been working through the implications of delivering these additional savings for a number of months, in conjunction with our response to the super-inflation that is prevalent across the sports rights sector," a spokesperson told Autosport.

"We have made some difficult decisions such as amending our contract for the Open Championship one year early and also looked at alternative rights models to help us achieve these savings - for example, sharing the Six Nations with ITV.

"We will continue to look at where further savings can be made." 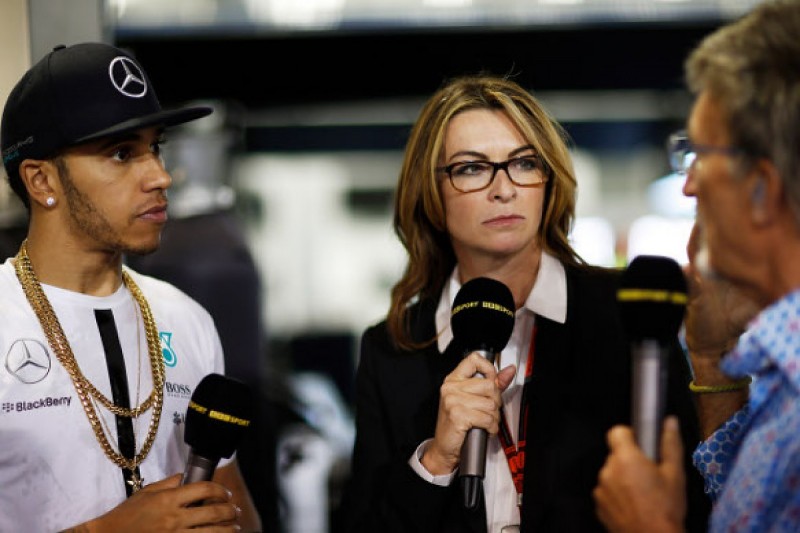