When Channel 4 swooped in and took over the remaining part of the BBC's Formula 1 contract, the broadcaster knew it had a big challenge on its hands

In the BBC, it has a tough act to follow following six years of stellar coverage that went down well with fans. In Sky, it has a rival with the budget and innovation to bring F1 to life for those who are able to afford a subscription to its coverage.

Time was also against Channel 4. While the BBC had 10 months in which to prepare, it had just over three. That put pressure on it to recruit the right people, both in front of and behind the camera, and generate ideas for content that would set it apart.

The easy path would have been to take the BBC's model and apply it to this season before really putting its own stamp on the coverage next year. But it hasn't. It will keep the bits that worked on the BBC but with a Channel 4 touch. And it's going to take risks.

The feeling that emerged during a pre-season launch at its London HQ on Tuesday, is that it wants to freshen up the coverage and make it appeal to the channel's younger audience, without alienating the sport's core audience. There was a real buzz about the place.

They want to accentuate the personalities, including those behind the scenes, and really play on the human element. One high-level source told Autosport that C4 wants to "mix it up" and really focus on making each grand prix weekend its own "bespoke event".

To do that, they've gone on a huge recruitment drive, keeping experienced members of the BBC team and adding talent that have good relationships inside the paddock and recent experience of competing in F1.

It has ditched the tired 'presenter plus two analysts' model and gone for a rotation system. That not only helps create a wide spectrum of expertise and opinions, but also allowed it to sign the likes of Mark Webber, who did not want to commit to a full season.

To ensure a strand of continuity, anchor Steve Jones, David Coulthard and Ben Edwards will attend every race, with the rest of the team being plugged in across the year. It is believed their individual levels of commitment are still to be decided.

It is a gamble to put Jones in the hot seat. He boasts the live TV credentials, having hosted the channel's breakfast show T4 and more recently X Factor USA, but he lacks F1 experience. He himself admits to having only "dipped in and out" of the sport. But Jake Humphrey proved the right work ethic and enthusiasm can overcome that. 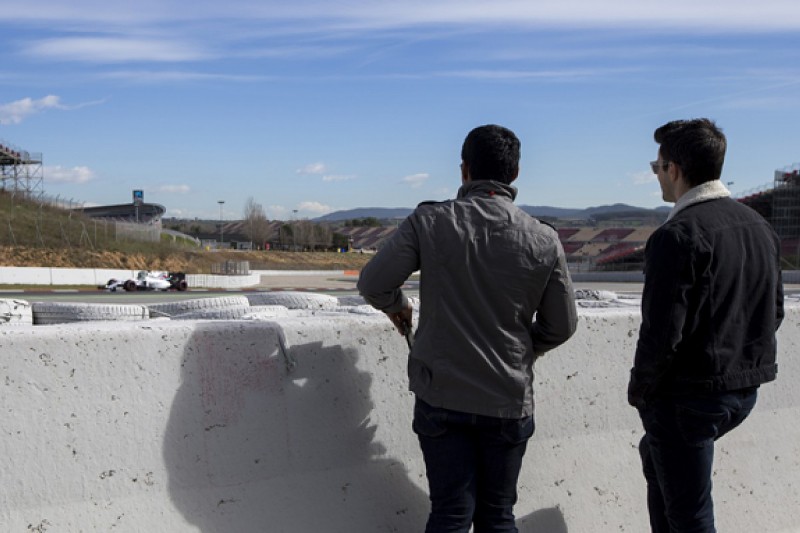 Where Jones lacks knowledge, he makes up for in enthusiasm. And having spent some time with him in Barcelona - he made the trip over to pre-season testing to begin networking and see the cars trackside, including above with Karun Chandhok - it's clear he has the passion and desire to make this work.

Jones spent six weeks watching every single qualifying session and race from last season. He even watched some twice. "I wanted to get myself to a point where I feel confident talking about the sport," he said. "There is talk about the sport being broke but I thought every race last season was fascinating."

That last quote is telling. Jones enters the sport with a fresh perspective. It would be a stretch to say that last season was one that will go down in history, but if Jones was genuinely excited by watching those races and he can get that across on the output this year, C4 has a very strong chance of engaging a younger audience, something F1 is struggling to do.

He does not have a fear of asking the big questions or pushing the envelope. For example, he says his mission is to make Kimi Raikkonen smile. While that may prove his toughest challenge all year, bringing someone in from outside the F1 bubble could see him connect with drivers and team personnel in a way that those before him haven't been able to do.

As you'd expect, the racing will remain at the core of the programme but Channel 4 is working hard to make sure the packaging is strong. "We need the racing to be good, but beyond that, there will be enough features and content which will broaden the appeal," says Coulthard.

The in-depth and reactive interviews will remain. The channel pulled off a shrewd move by signing Murray Walker to do a series of bespoke chats with key personalities across the season.

But there will be twists. Celebrities will feature heavily across the output. In one feature, Susie Wolff takes comedian Johnny Vegas and British boxer David Haye for passenger rides. There will also be a special programme featuring motorbike rider Guy Martin going head-to-head with David Coulthard in a Red Bull.

"The purist may say that when you pit a bike against car, there are some obvious limitations for bike," says Coulthard. "But it doesn't take away from the fact we had a really fun time discovering that and crucially, it's entertaining. Sharing a passion of motorsport is entertaining."

In the pursuit of a mainstream audience, C4 opens itself up to criticism from the purist that it plans to dumb down coverage. But it counters that well by operating a more flexible presenting model that allows it to bring in well-respected names such as Alain Prost.

It's quite a coup to get the four-time champion involved. So, too, having access to the eloquent Bruno Senna, Lewis Hamilton's brother Nic and Wolff, former Williams development driver and wife of Mercedes team boss Toto, will provide a unique insight from within the paddock.

Amid the risk-taking, a core of safe-hands remains. The production team, with editor Mark Wilkin at the helm, is largely unchanged. That ensures efficiency of the broadcast. 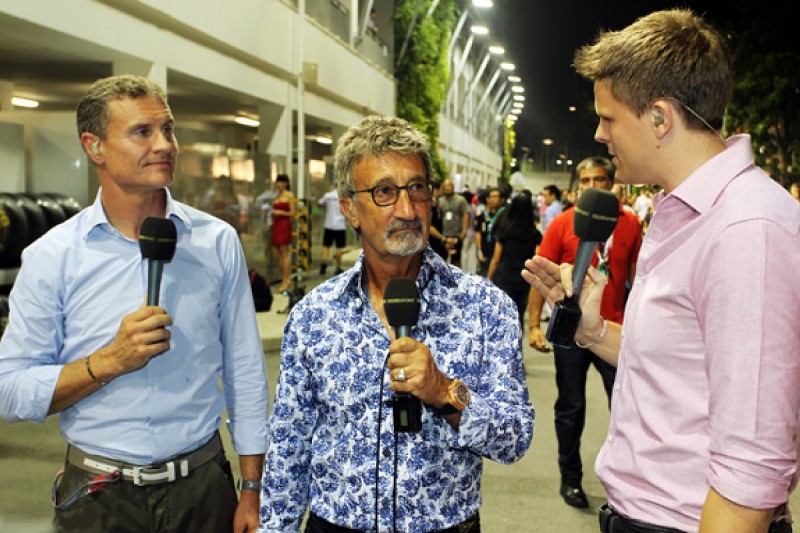 Whisper Films is the production company and has a motorsport flavour as it is co-owned by Coulthard, Humphrey and Sunil Patel, a former BBC Sport producer. It has produced video content for several teams in recent years so already has a good understanding of what can be done within the constraints of F1.

In terms of talent, Lee McKenzie has a good rapport with drivers and excels in the pitlane reporter role. She will dovetail well with the incoming Chandhok, whose racing experience will offer a different line of questioning.

The Edwards-Coulthard partnership in the commentary box was one the BBC's real strengths so it was smart to keep that unchanged. However, there are plans to bring additional voices into the commentary box during the season to add another dimension.

The plan to drip-feed Eddie Jordan, who will also feature on Top Gear, across the season is a good way of keeping onboard an erratic character who provides entertainment and is capable of getting some big stories but very much divides opinion.

Channel 4 hasn't gone rogue, though. It has also listened to the fans. Fleetwood Mac's The Chain remains while adverts will not be run during the race. Its deal with travel search engine Kayak, which is sponsoring the coverage, will go some way to ensuring it can afford to do that.

When the channel is live - it has 10 live races and 11 as highlights this season - the race will be shown from lights to flag. As was the case with the BBC deal for the live races, it will show all practice sessions and qualifying live.

There will be a dedicated build-up package, which will include its big features, ahead of qualifying and the race on a live weekend but it is not certain what the plan will be ahead of practice.

It will devote significant airtime at the end of live broadcasts to allow the team to speak to the key protagonists and properly analyse the races. It will look to avoid cutting away quickly after the race to relent to something considered more important on the schedule. The fact one day of Royal Ascot gives way to ensure the grand prix coverage can stay on the main channel shows its dedication to the sport.

The purists may not be happy, but then they have Sky's impressive coverage in which to get their fix. Channel 4 is doing things differently. If its attempt to put a celebrity and lifestyle-led slant on the coverage is done well, it has a good chance to appeal to the mainstream audience and boost viewing figures.

If that means more people get to experience and enjoy Formula 1, at a time when there is a lot of negativity surrounding what the product is or should be, it can only be a good thing in my book. 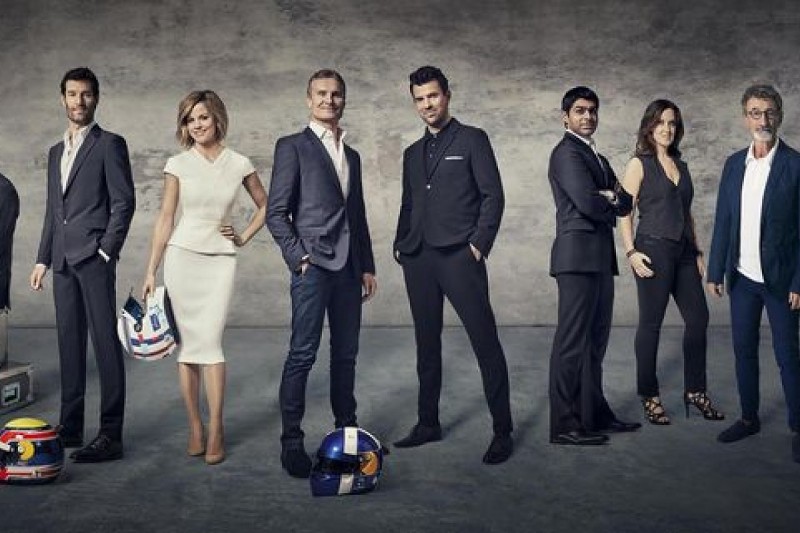