The Frenchman described the team's ongoing brake difficulties as "dangerous" and unacceptable after suffering another problem in Japanese GP practice last Friday.

Grosjean was in better spirits post-race, having finished just outside the points in 11th, but said the brakes, supplied by Brembo, remain an issue.

"I think it was a great race, I had a lot of confidence in the car and I could push it," he told Autosport.

"It's about finding the right set-up for the first few laps but braking mainly and a few areas where we can improve.

"I think it's a [brake] material issue." 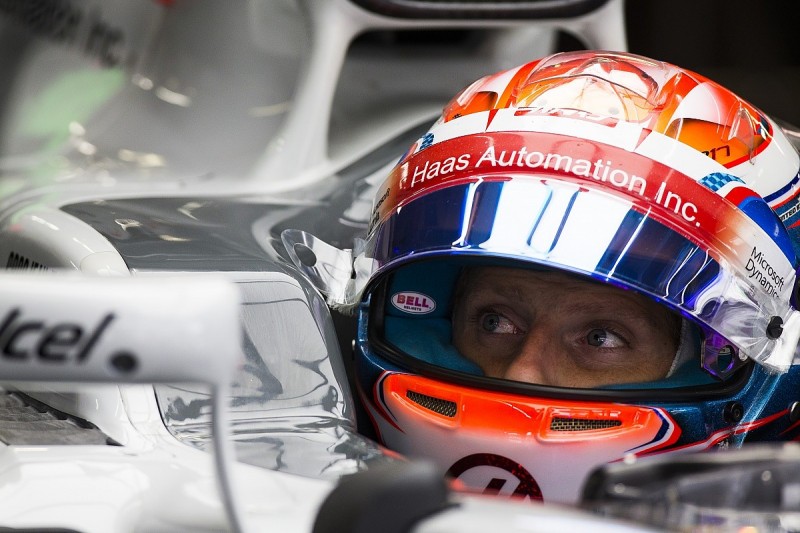 When asked if the problem centred around not getting the feel he wants, Grosjean replied: "Yeah exactly.

"I'm very sensitive to the brakes so they can improve and that would help everyone.

"They are going to work and hopefully they will find a solution."

Haas team boss Gunther Steiner believes the biggest problem is that the braking is not consistent for his drivers.

"It's not good enough and the biggest thing is if they work, they work fine but they're not consistent so you assume they work badly," he said.

"It's a strange thing to explain.

"If you know they're working good then you can brake at the last centimetre.

"You have always a buffer in there and then you realise you could've braked later but you cannot because if they are inconsistent or they don't do what they should be doing, you are off like we had in practice.

"You keep on working, it keeps us in our jobs!"