The Renault engine lagged behind rivals over the past couple of seasons, but the powertrain division in Viry took a big step over the winter, and this season its performance has been greatly improved.

However, there have been ongoing reliability issues, and both Fernando Alonso and Esteban Ocon dropped out of the points with engine failures in Singapore.

Alonso is likely to have to take another new PU and thus a grid penalty, possibly in Austin, although the team hopes that Ocon can make it to the end of the season with no new elements.

"There are always teething problems," Fry told Autosport at Suzuka. "Obviously we took a lot on this year, changing a huge amount. And we're a huge amount better off in terms of performance for what was done over the last couple of years, really.

"Some great work has gone on, but it was always done knowing that we'd chase performance - and reliability we'll fix. And I think that's a courageous way of moving forward, isn't it? Every now and then you get caught out, as everyone does."

Worryingly for Alpine and Renault, the two failures that occurred in Singapore were not related.

"We discovered it was two different problems, things happened differently," said Ocon. "It's frustrating to not finish the race, especially with everything that happened in the later part. But the most important thing is that the car is performing in the end.

"We have a car which is great, we've brought some updates that are working. So the car is competitive.

"We just need to run two normal weekends, on both sides. And to score the points that we can with the car we have, because it's more than possible.

"What I know is that we had a couple of issues in that race at the start, and obviously the failure later on. So it's not something that normally happens because the engine normally ran smoothly in the rest of the year."

Fry noted that the Renault engineers already understand what failed in Singapore, and are now working on why it happened.

"They were different problems," he said. "The engines were back on Tuesday lunchtime, stripped and understood, and we're working on it. 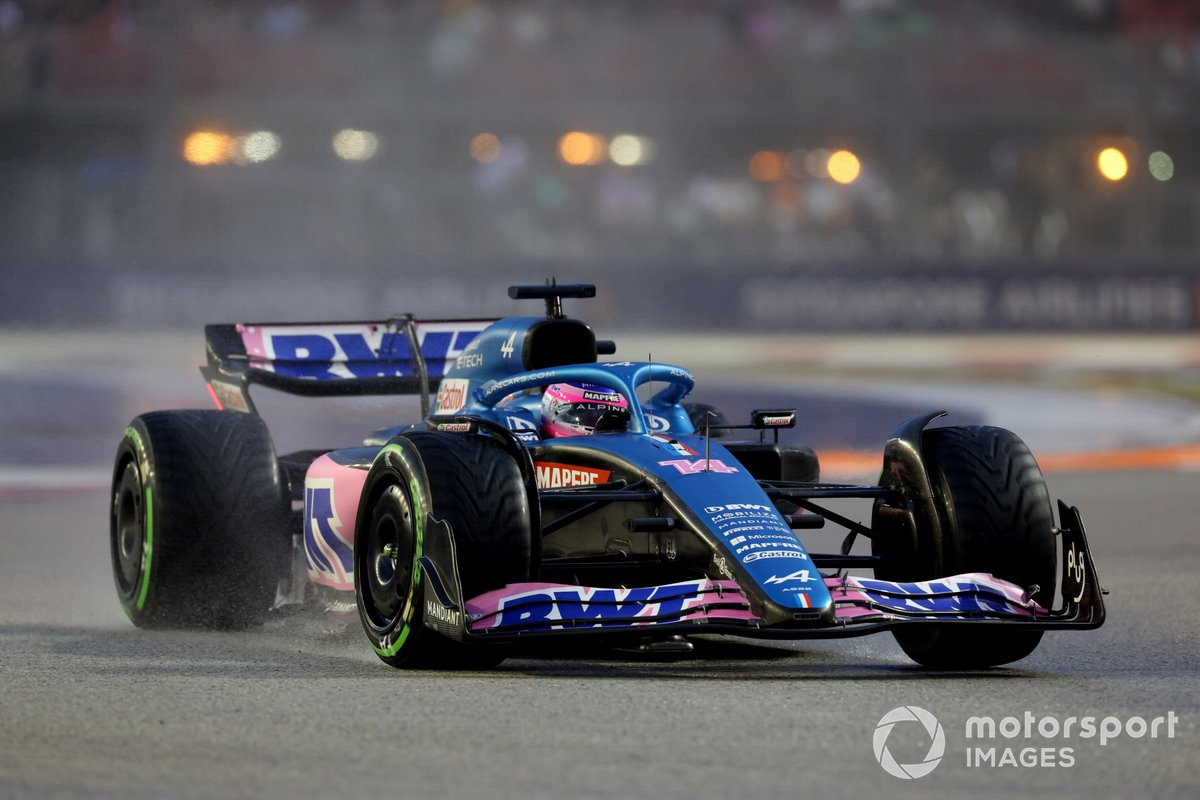 "The issues are relatively new, I would say. They need to be understood, and until you dig into what the root cause is, you're never quite sure, are you? So you've got to do your analysis properly."

Asked if Singapore's heat and humidity played a role, Fry said: "It's too early to say. I mean, it's hard to believe it is that, but we really don't know, to be honest."

The team now has to decide how far it can run its remaining PUs, and whether or not the Singapore issues will reduce their life cycle.

Alonso looks set to require a new one come what may, although Alpine hasn't made a final call yet.

"Until we understand the problem, it's hard to answer that question truthfully, to be honest," said Fry when asked about potential changes.

"I honestly don't know. At the moment, I don't think we need to take any penalties here.

"Esteban has got some reasonable mileage left. For Fernando, we need to have a think. But again, it all comes down to what the analysis says. Do we suddenly drop mileage or not? It's hard to know at the moment until all that work has been done."

Ocon remains hopeful that he can make it to the last race without further penalties.

"I should be alright," said the Frenchman. "Fingers crossed until the end of the year, but the plan can change quickly, you don't know."