Gasly was one of the first drivers to abandon intermediates on the drying track, but the decision dropped him several places as those who stayed out continued to lap quickly.

He eventually finished 10th, while late stoppers Lando Norris and Daniel Ricciardo – both behind the Frenchman when he pitted – earned fourth and fifth.

After the race, Gasly criticised the decision to stop and lose track position, and bemoaned the lack of communication with the pitwall. However, he's been able to discuss the issues with his engineers since then.

"Obviously, you know how competitive we all are," he said when asked by Autosport about his Singapore disappointment. "And when we have a big result like that – and I truly believe we could have equalled our best result of the year with a fifth place, looking at where Daniel finished – obviously I was extremely disappointed.

"So, we looked at everything. It was pretty clear what we did wrong, and we should have stayed out for a couple more laps. And we discussed everything through. And once it's done, unfortunately, you can't change the outcome. It's done and we move on from that."

Gasly conceded that the team had done its best with the data that it had at the time: "I mean, they did it based on some information. But I think we all agree, unfortunately, it wasn't the right thing to do with hindsight. 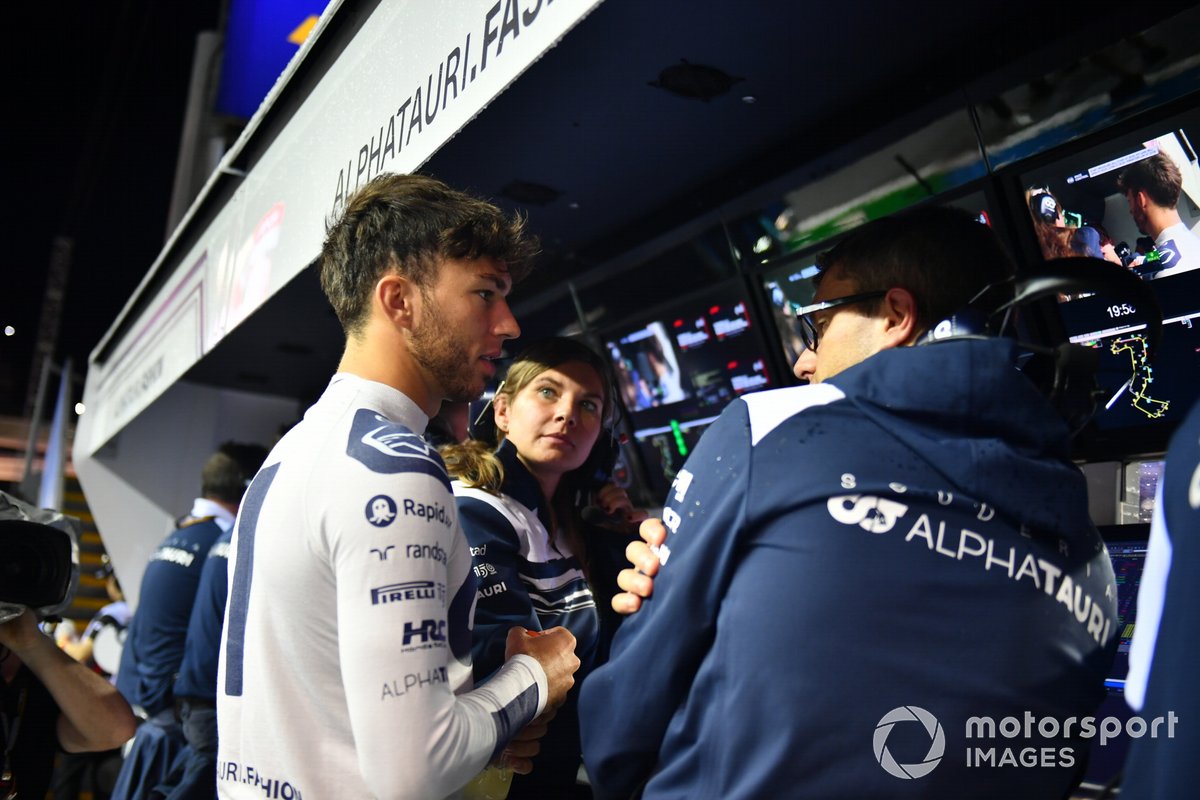 "It's obviously very, very tricky. I'm not underestimating how many things are happening on a pit wall in this kind of situation. Drying track, etcetera. But for sure, I think we all know we could have dealt with that situation better, and could have taken better decisions.

"Yeah, we went through everything with the whole team. And I think that if we had to do it again, we'd do it differently, for sure."

Gasly is expected to be announced as an Alpine driver in the coming days, although he continues to decline to comment on the subject. He insists that nothing has changed in the way he works at the team to which he remains contracted.

"At the moment, that's based on the contract. And as I said, it's all signed for next year.

"I don't see the point of changing the approach, but I guess the faster there is a decision, the better it is for everybody involved, including myself, that you know exactly in which direction you're heading."