Alpine says it has been encouraged by the performance of Renault’s new Formula 1 power unit, even though it has yet to be run at its top mode.

Ahead of the 2022 season, Renault has completely reworked its F1 engine – which has included adopting the split turbo solution that was pioneered by Mercedes all the way back in 2014.

As well as delivering progress on the power front, Alpine is hoping that the improved packaging will hand it benefits in terms of aerodynamics and centre of gravity.

While the final verdict on the potential of the new engine against the benchmark Mercedes and Honda units will not be known until qualifying in Bahrain, the initial impressions from last week’s Barcelona test were good.

Alpine sporting director Alan Permane said that the team had begun experimenting with some different engine modes – and the fact that the power unit had done everything expected without drama was a positive sign.

“We haven't been running that on full power,” he said when asked by Autosport/Motorsport.com about the initial impressions of the engine.

“I don't think we've done a lap on what they call ‘single ICE mode', which is the qualifying and the race mode. We've come close to it, but not full whack. 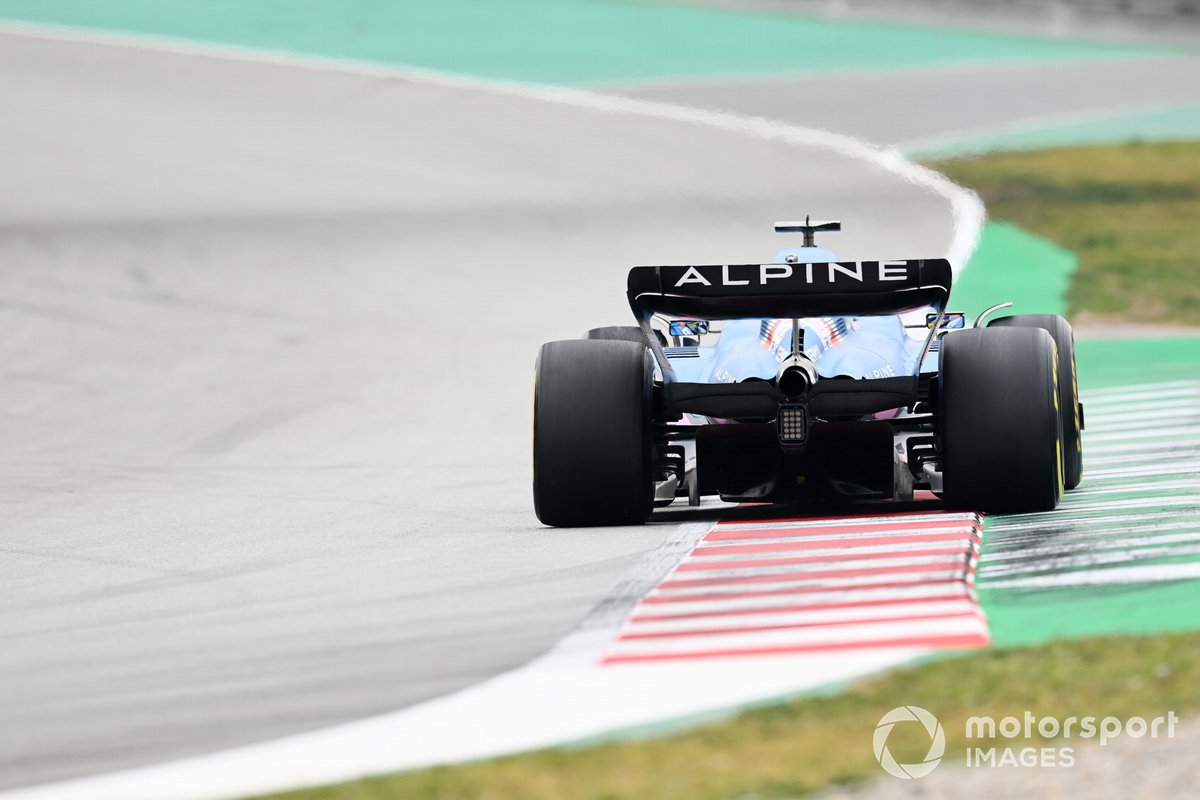 “Honestly, we haven't spoken about the power unit – and that's a great thing.

“It's so different. It's completely different to anything that Viry have produced before. It's more complex, it certainly looks a lot nicer and neater. But it just goes in the car and we've just gone with it, which is great.

“The drivers have had the normal comments about a little bit of driveability here, a bit of surge here and a bit of turbo lag there, but the guys have just got on top of that and played with the settings and mappings and stuff, and it's gone away.”

F1’s move to a more sustainable fuel this year, with engines needing to use petrol that contains 10% ethanol, means that comparing power from last year is very difficult.

However, Permane says the fact that drivers have not singled out the engine as any area of concern is encouraging for the team.

“[The engine] hasn't even been a talking point really, which is great,” he said. “I think it's very difficult for them to talk about power compared to last year because of the fuel differences and the big power differences.

“But they're certainly not complaining about it at all. We are very happy about it.”

The mechanics behind porpoising in F1 - and how to fix it

Sponsored: Can Hamilton’s F1 records ever be beaten?