Albon thought he was on the receiving end of Alonso's gamesmanship in Baku when drivers were trying to get a final fast lap in at the end of Q1.

Qualifying was restarted with 2m40s to go after a crash for Aston Martin driver Lance Stroll. The limited timeframe meant drivers were forced to queue up at the end of the pitlane, and then raced each other on the out-lap to improve their positioning ahead of one final attempt.

But on the final run Alpine's Alonso, who was safely through to Q2 at that moment, appeared to slow and then went straight on into the Turn 15 run-off, ruining the lap of every driver behind him.

Williams' Albon, who was behind Alonso at the time, was furious with Alonso's alleged antics. On the team radio he fumed: "He needs to get penalised this guy, he has to. This is ridiculous, he was doing it the whole lap. He was driving slowly on purpose.

"And it was so obvious how he went off the track, it was ridiculous. He braked so early and he just went off the circuit."

When asked by Autosport if he was playing tricks, Alonso smirked: "Not really. That corner I think we saw during qualifying that it was extremely challenging.

"I braked late, I could not make the corner I thought, so I took the escape road. McLaren did as well in Q2, Sebastian [Vettel] thought that he could make the corner and broke the front wing. So, there's always a tricky decision that you need to make in a tenth of a second." 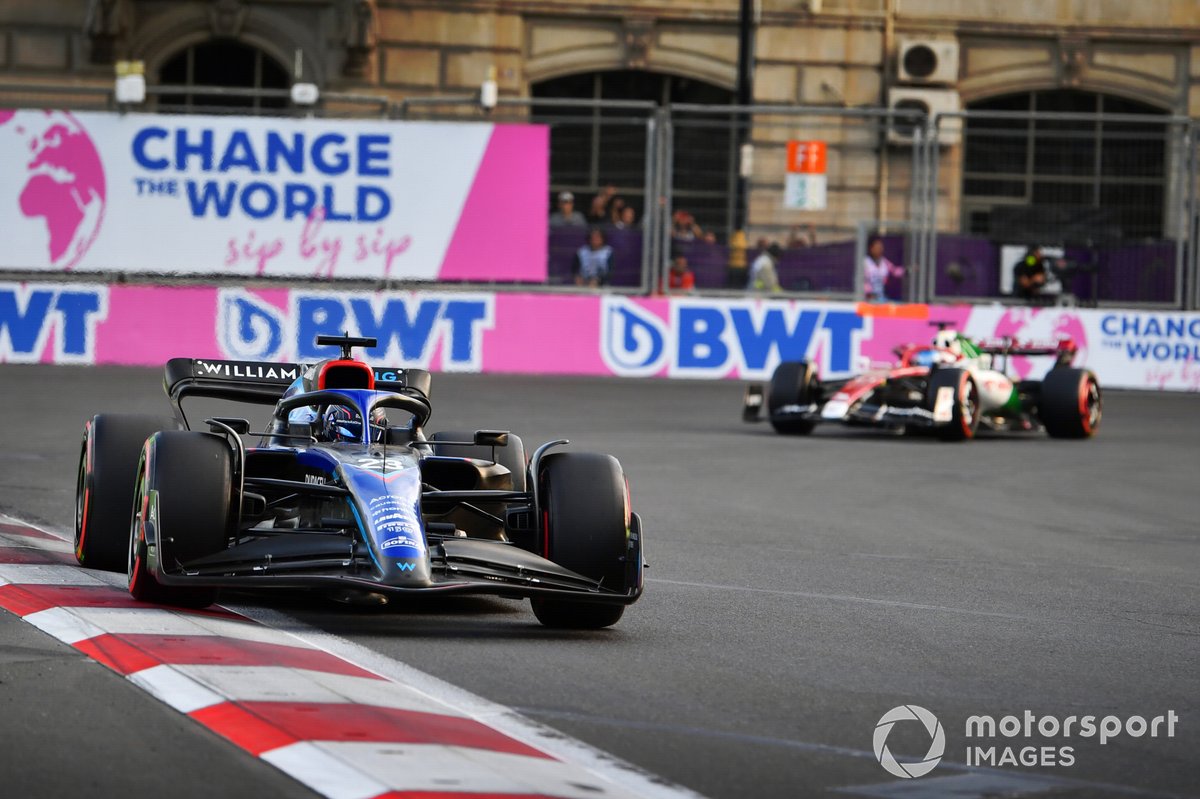 Alonso said he sympathised with Albon's frustration as he had been in the same position before and questioned whether the current qualifying system is still fit for purpose.

"I know it resulted in frustration because there were queueing cars and only two and a half minutes [left] at the end of Q1. Honestly, I understand them because I have been in the opposite position as well many times.

"I think Esteban [Ocon] missed Q3 because of a yellow flag in Q2 from McLaren, so we need to find a better solution for this kind of problem because we should all be able to make our laps.

"Even the old format with the superpole, where we all had one lap alone on track, maybe it was good for TV and it was good for us as well, because at the moment there is too much interaction with other cars, with tows, with yellows flags and this is not the best."